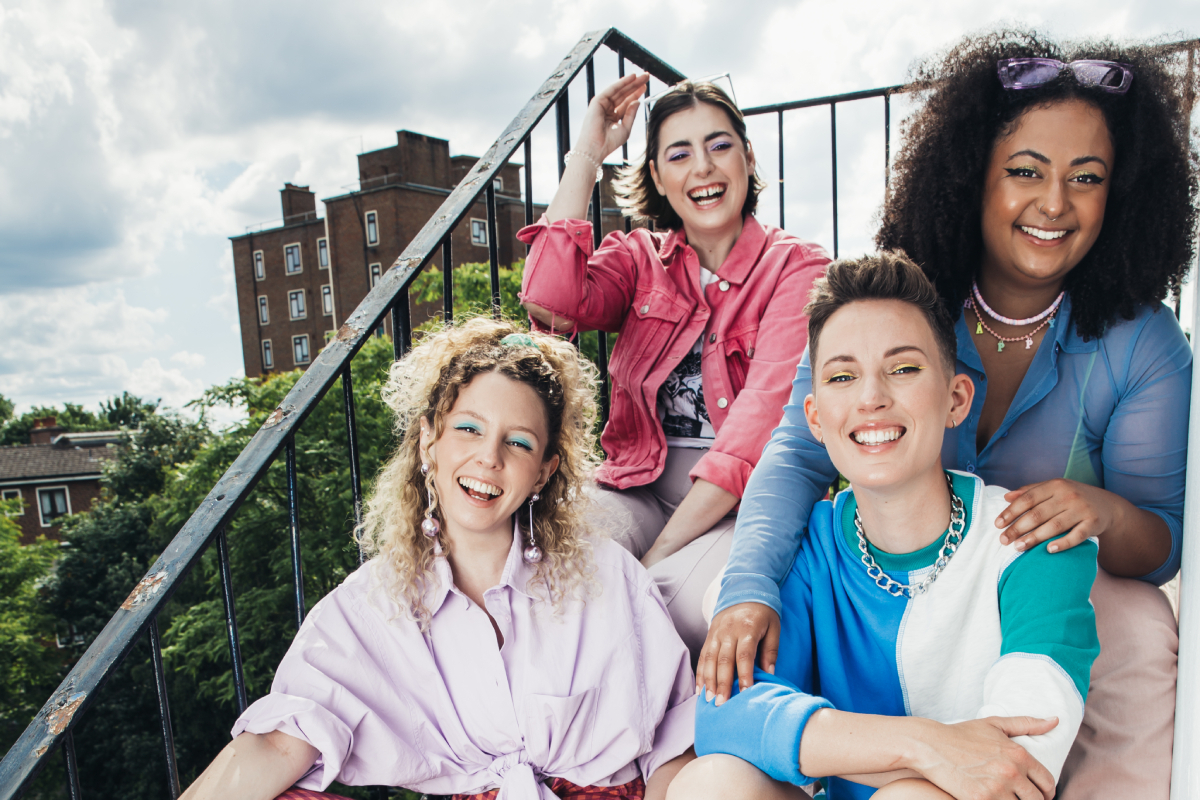 Dream Nails have released a typically anthemic and important new single ‘They/Them’. “This song is a rage-fuelled love letter to non-binary people everywhere”, says singer Leah Kirby. “As a non-binary person, or enby, living in the UK, I am constantly mis-gendered and often feel invisible. This is a banger for the fat enbys, the black enbys, the neurodiverse enbys, the disabled enbys. The enbys that don’t fit mainstream narrative of what genderqueer is. We refuse to be palatable and to fit into binary terms of ‘male’ and ‘female’. After hearing this song, I dare you to call me girl again!”

Guitarist and backing vocalist Anya Pearson explains why it’s so necessary to support non-binary people: “They don’t currently have legal recognition in the UK. This means having to choose between ‘male’ or ‘female’ on official documents like passports, driving licences, marriage certificates, and even – for those who medically transition – on their Gender Recognition Certificates. We’re stoked to be using this release to raise money for a grassroots LGBT charity in Leah’s hometown of Colchester. We’ve collaborated with one of our favourite queer artists Hannah Dickins, whose signature typographic style is utterly unmistakable, to create limited edition posters of the single artwork. All proceeds go to The Outhouse.”

Dream Nails fans can purchase art prints of the single cover for a donation — they can also choose to donate the art to LGBT youth clubs and charities.

Produced and mixed by Tarek Musa (of Spring King and Dead Nature) in Liverpool, ‘They/Them’ makes up the second “side” of this double A-side single along with Dream Nails’ recently released summer banger ‘Take Up Space’.

The music video for ‘They/Them’ was shot at a cabaret show at the Underbelly in London, UK, by non-binary filmmaker and drag performer Bobo Lai. In the video, Leah Kirby invites us into their world – backstage at The Non-Binary Cabaret, one of the UK’s foremost non-binary shows – and we watch Leah’s captivating transformation into Cyro, their drag alter-ego. We also meet other non-binary performers including Carrot, Flick, Prinx Silver, Oedipussi Rex, and photographer Queer Garden.