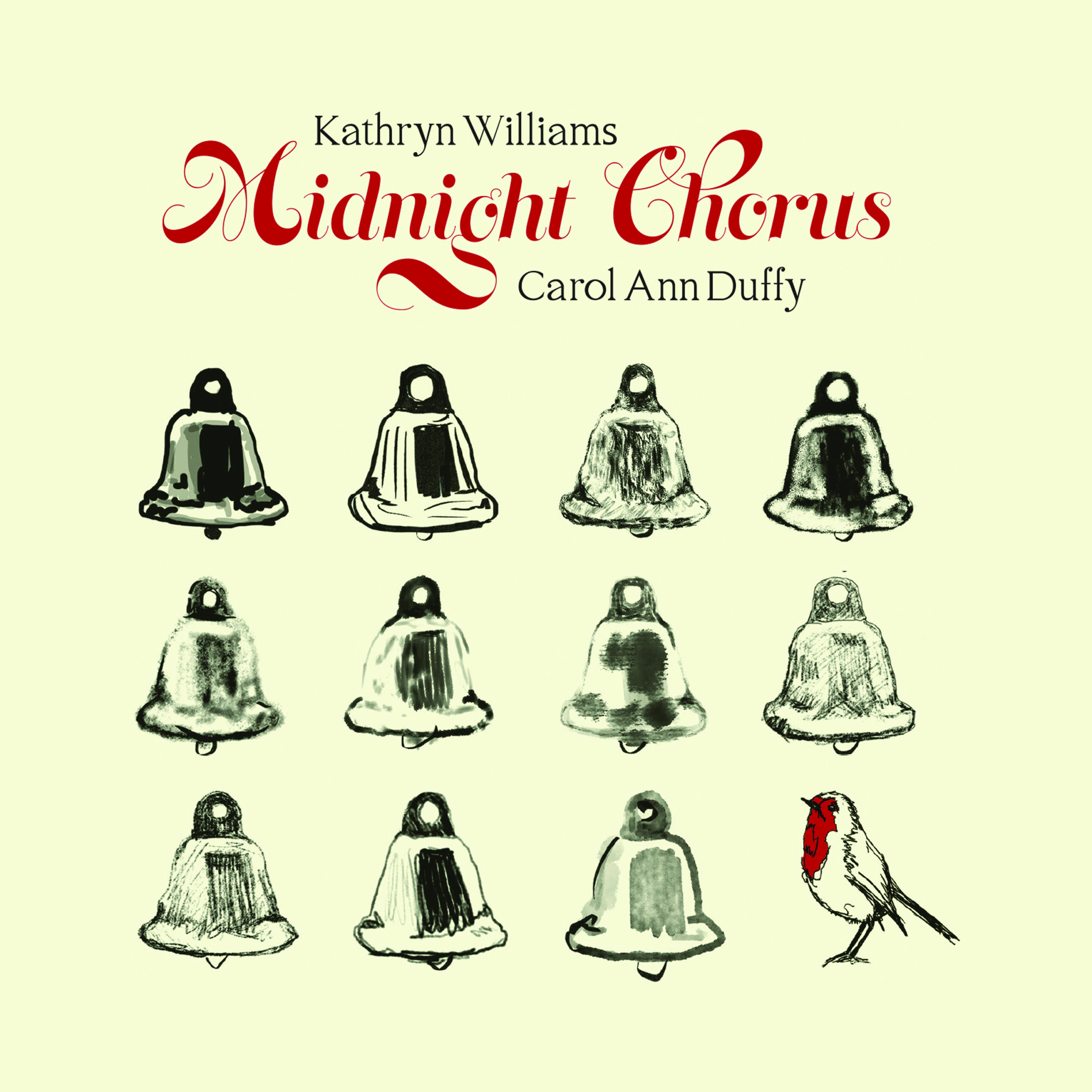 Kathryn Williams, the Mercury-nominated, folk inspired singer-songwriter, has added to her impressive list of previous collaborators this Christmas by teaming up with celebrated poet Carol Ann Duffy. Album ‘Midnight Chorus’ is out December 3rd via One Little Independent.

Lead single of the same name comes alongside a charming animated video by Dan Willers. It begins with gentle strings and delicate keys, landing and gradually building like the first snowflakes of winter, and grows into a grandiose pop ballad. There are key nods to looking back to simpler times, a focus on family and taking stock of difficult times as well as the good things.

LP ‘Midnight Chorus’ marks the meeting of two of our most gifted writers, ruminating on a season with obvious affection and a joyous, honest tenderness which never shies away from the darkness beyond the light. From uplifting festive celebrations ‘Hang Fire’, ‘Hidden Meanings’ and previous single ‘Snow Angel’, (a wholesome, nostalgic piece that paints a wonderful picture of a small-town family home in the lead-up to Christmas Day) through to the more tender ‘Christmas Moon’ and ‘Mary’s Cariad’, it’s pointedly, made up of twelve emotive tales with beautifully heart-warming, classic instrumentation, dexterous musicality and layered harmonies. ‘Dear Lord’ describes a simple wish to meet a hero (Dolly Parton) at a time of sadness and isolation. At times, a giddy excitement shines through, both in their opportunity to work together and in the material that comes from it, a warmth and truthfulness for a most wonderful, sometimes heart-breaking, time of year.

Kathryn Williams and Carol Ann Duffy first met whilst performing at the Niddfest Festival in 2016. Long-time admirers of each other’s songwriting and lyrics, they became fast friends. Writing at first in a small hut at Moniack Mhor (Scotland’s Creative Writing Centre) and then from their homes, they both had input into each other’s words and music. These tracks are true, equal collaborations and reflect their ease and delight in composing together.

Kathryn Williams tells us; “Writing songs with Carol Ann has been such a thrilling journey, even now I am slavering, remembering the joy of getting her lyrics and holding them and turning them in the light and finding the best melodies for them. It was like getting to hold long lost treasure. But the working relationship wasn’t as clear cut, as Carol Ann is a songwriter as well as writer. She can hear the melodies in words too and we worked much more collaboratively. Her suggestions of instrumentation and my shifting of words to fit frameworks of songs happened seamlessly and effortlessly as we worked closely on everything.

Inside these songs and on this record, are memories of us feeling the joy of making things together. I think you can hear the flushes of excitement and the times where we both could not stop laughing. Also, a big shout out needs to go to Neill MacColl who has produced this record and put his heart soul and hundreds of hours working and playing to complete our shared vision of a record devoid of cynicism and full of tender love and celebration. And I must tell you how Carol Ann rescued me from a dark ditch in the highlands… one day”.

Carol Ann Duffy continues; “Kathryn has a Beatlesque flair for melody and memorability which makes her a joy to write for and these lyrics were written especially for her voice and talent. Once heard, her tunes feel as though they had always existed. Apart from the joy of working with her, the process has been an education and we’ve already started on the second of a trilogy- this time love songs- which I can’t wait to complete next year. It’s a real privilege to collaborate with a writer of such gifts”.

During lockdown they were aided by the likes of The Magic Numbers’ Michele Stodart, the multi-talented Polly Paulusma and Scottish composer Astrid Williamson. Williams has previously worked and toured with Ed Harcourt, John Martyn, Chris Difford (Squeeze), Bombay Bicycle Club, David Gray, Ray Lamontagne, and made two further albums as a member of bands The Crayonettes and The Pond. This list goes on, pairing with another author Laura Barnett who she worked with on her soundtrack album to the novel ‘Greatest Hits’ in 2017. And with her well-documented tenth album ‘Hypoxia’ dedicated to Sylvia Plath’s ‘The Bell Jar’ (commissioned by New Writing North), we can see that Williams doesn’t only thrive alongside other artists, but is inspired immeasurably by literature in her own writing.

Dame Carol Ann Duffy is a celebrated writer of gender themes as well as a professor of contemporary poetry at Manchester Metropolitan University, and was appointed Poet Laureate in May 2009 until 2019. She was the first woman, the first Scottish-born poet and the first known LGBT poet to hold the position. Carol Ann’s publications include Mean Time (1993) winner of both the Forward and Whitbread Awards; The World’s Wife (1997); Rapture, (2003) winner of the TS Eliot Award; The Bees (2014) winner of the Costa Award, and Sincerity (2019). Her Collected Poems are published by Picador and her Collected Poems for Children by Faber.