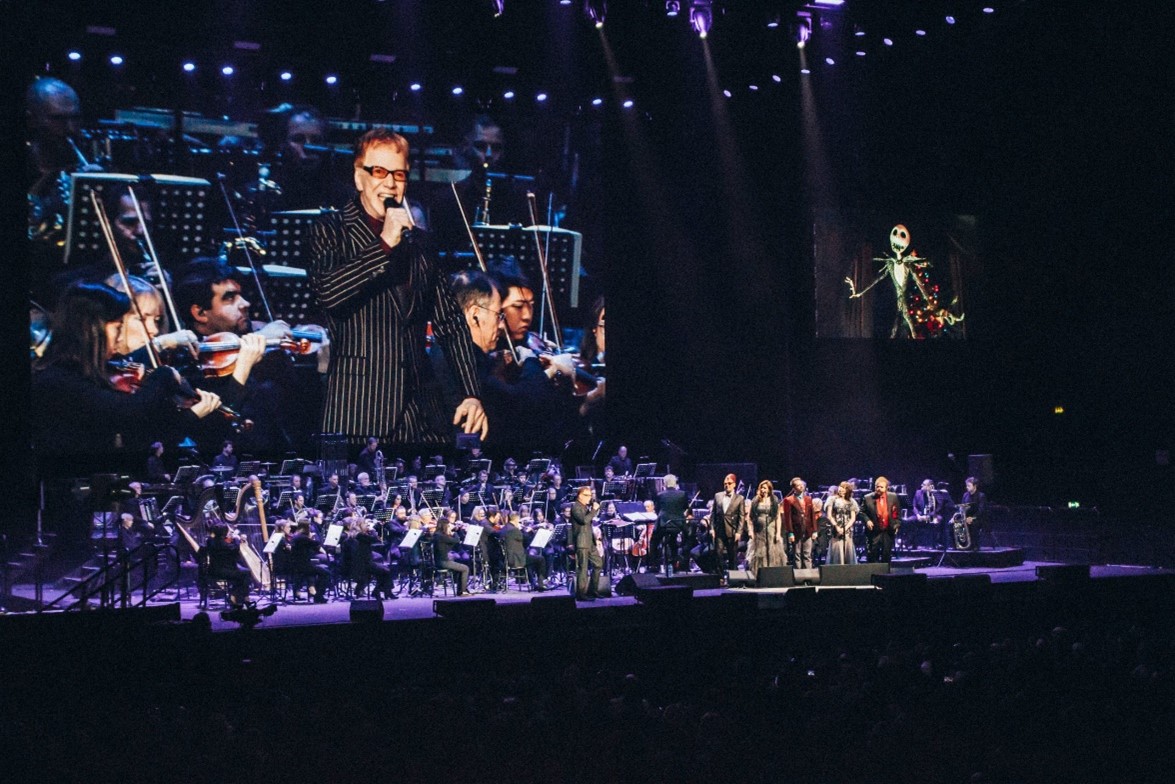 This unique live cine-concert production taking place Christmas 2022 features Danny Elfman (the original singing voice of the film’s main character, Jack Skellington, and writer of all the film’s songs) performing live in sync with the full-length movie projected on the big screen, accompanied by the BBC Concert Orchestra and very special guests.

Tickets for the immersive concert will go onsale Friday 29th October at 10am via www.gigsandtours.com, www.axs.com and www.ticketmaster.co.uk.

The film follows the earnest-but-misguided adventures of Jack Skellington, Halloween Town’s beloved Pumpkin King, as he attempts to take over the Christmas holiday. Against the advice of Sally, a lonely rag doll who has feelings for him, Jack enlists three mischievous trick-or-treaters – Lock, Shock, and Barrel – to help him kidnap Santa Claus.

Since its release, this beloved family film has become a world-wide classic and staple part of the extended holiday season.  This unique live production has performed to sold out audiences across the globe, including the Hollywood Bowl, Barclays Center, Tokyo International Forum, and London’s The SSE Arena, Wembley in 2019.

Tickets for Christmas 2022 will be available Friday 29th October at 10am via www.gigsandtours.com,  www.ticketmaster.co.uk and www.axs.com.

Disney Concerts is the concert production and licensing division of Disney Music Group, the music arm of The Walt Disney Company.  Disney Concerts produces concerts and tours, and licenses Disney music and visual content to symphony orchestras and presenters on a worldwide basis.  Disney Concerts’ concert packages include a variety of formats, such as “live to picture” film concerts and themed instrumental and vocal compilation concerts, and range from instrumental-only symphonic performances to multimedia productions featuring live vocalists and choir.  Numerous new concert packages and touring productions from Disney’s portfolio of studios, including Disney’s feature animation and live action studios, Pixar, Lucasfilm and Marvel, are currently in development. Current titles include the Star Wars Film Concert Series (Episodes IV-VIII), Toy Story, Aladdin, The Muppet Christmas Carol, Disney Princess – The Concert, Coco, The Lion King, Up and The Nightmare Before Christmas, which in 2019 accounted for over 900 performances in many of the world’s top concert venues.