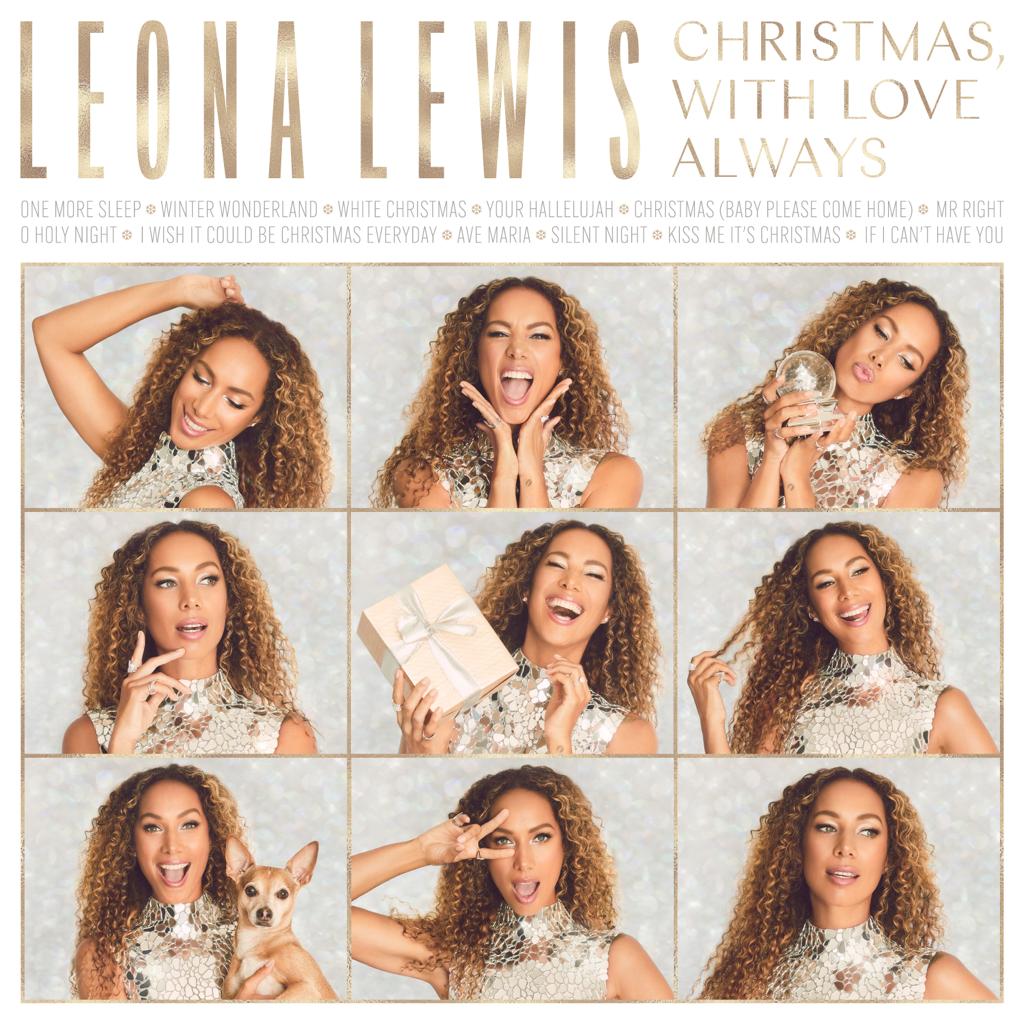 Record-breaking global sensation Leona Lewis has announced the special repackaged release of her 2013 studio album Christmas, With Love; Leona’s Christmas, With Love Always will be available via all digital streaming platforms, plus on vinyl, on November 19th 2021 via Sony Music. Pre-save/pre-order here.

The album will include the original festive track-listing as well as some highly anticipated new music. Brand new original song ‘Kiss Me It’s Christmas’, out today,is a Christmas smash-in-waiting, a gorgeous duet featuring Ne-Yo – listen here. The song was co-written by Richard “Biff” Stannard (Spice Girls). Christmas, With Love Always will also include an incredible cover of the Bee Gees disco classic ‘If I Can’t Have You’, reimagined into a stunning piano-strings ballad which showcases a powerhouse vocal of which Leona is renowned for worldwide.

2013’s Christmas, With Love is perhaps best known for its lead single ‘One More Sleep’, an original song which saw Leona break the record for the most Top 5 hits for a British female solo artist. Last year saw the platinum-certified festive hit have its biggest year since its 2013 release. It has featured consistently in the Top 10 streamed catalogue Christmas songs year-upon-year as a Christmas staple alongside the likes of Mariah Carey’s 1994 monumental smash ‘All I Want For Christmas Is You’. Official Charts Company hailed ‘One More Sleep’ – which was co-written by Lewis – as “a new Christmas classic”.

The 3-time GRAMMY and 7-time BRIT Award nominee this year celebrates 15 years since her iconic X Factor win; the now globally recognised artist won Season Three of the British talent show in 2006. Since her tremendous breakthrough, Leona has released five studio albums, including Christmas, With Love (2013). She’s had over 35 million albums sold worldwide, with her debut, Spirit, achieving the status of the best-selling debut album by a female artist in the 21st Century. Lead single ‘Bleeding Love’ (2007) reached #1 in 35 countries: claiming Leona’s position for seven weeks in the UK. The song later became the best-selling single of 2008 worldwide and has now been streamed 2 billion times!

This November/December will see the Leona play a major arena tour with Gary Barlow as his “Very Special Guest”, with 16 dates across the UK. Tickets available via Ticketmaster and Gigs and Tours.

I Wish It Could Be Christmas Everyday

If I Can’t Have You