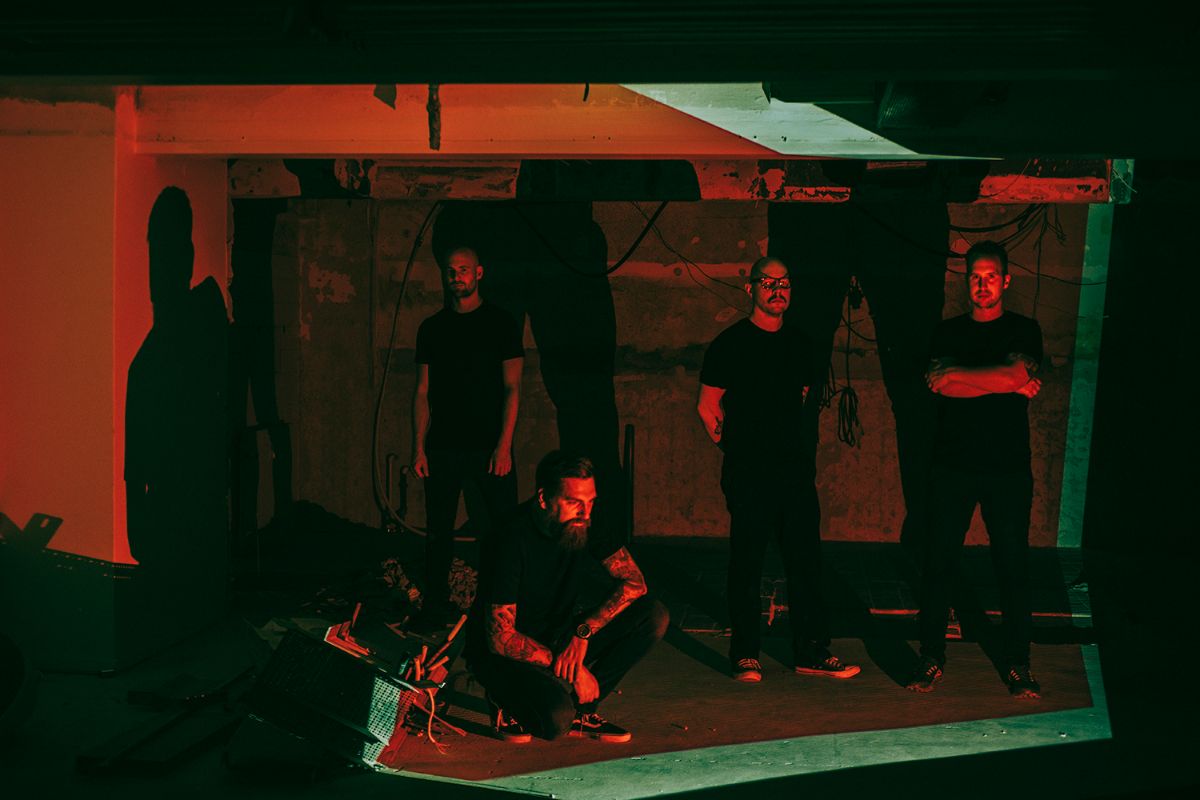 With just two weeks to go before the release of their new album Den døde sol (due November 19th on Indisiciplinarian), Copenhagen’s rising alternative punk / hardcore outfit NYT LIV have today unveiled the third and final single from the album.

The single is called Grå Dage (which means Grey Days in Danish). Grå Dage sees NYT LIV continuing to explore some of the bleak lyrical themes covered in their last single, Mens Livet Forsvinder (When Life Slips Away). Musically Grå Dage is another great example of NYT LIV’s genre crossing sound, taking in elements of punk, hardcore and alternative. The video for Grå Dage once again finds NYT LIV guitarist Martin Goltermann behind the camera in the role of filmmaker and videographer. Check out the video below:

“The theme is hopelessness. About being depressed and losing faith in the possibility of better days ahead.”

Grå Dage is available at all streaming platforms now.

The two previous singles from Den døde sol, Mens Livet Forsvinder and Givet Op, are both also available to stream on your digital platform of choice.

NYT LIV currently have three upcoming live shows scheduled to help promote the record, two with label mates Anti Ritual and one with Extended Suicide. Details of the shows are listed below:

Den døde sol was recorded in NYT LIV’s Danish homeland; Brad Boatright (Nails, Modern Life Is War) handled mastering duties while Jacob Bredahl (LLNN, Lifesick) served as producer. Lyrically, the album is described as straight forward Danish poetry, telling stories of life and social indignation, overcoming adversity, of dealing with loss, selfishness, choices and how we all live our lives, without the use of sophisticated words or metaphors. Sung completely in the bands’ native Danish tongue, it is music that is incredibly powerful, with lyrics that require no translation to be appreciated.

For the album’s beautiful artwork, NYT LIV employed the services of Lasse Høgh, who created the cover art based upon photos of Copenhagen and Zealand taken at dusk by guitarist Martin Goltermann. The result is one of the most stunning album covers you are likely to see all year. The artwork, as well as the full track listing for Den døde sol can be found below:

Den døde sol’s visual side reflects the album’s lyrics both in subject matter as well as very concrete manner, when the images are combined with singer Michael Aagesen’s handwritten lyrics in the booklet for the album’s vinyl edition.

‘Den døde sol’ will be released on vinyl, tape and digital formats via Indisciplinarian. The vinyl version is a gatefold with a 12 page booklet unfolding the artwork that is based on Goltermann vibrating images. There will be two limited editions: one of 200 black copies and another of 100 transparent orange and black splatter vinyls. The vinyl versions, alongside a transparent orange cassette tape version limited to 100 copies are available for pre-ordering at Indisciplinarian’s webshop now.