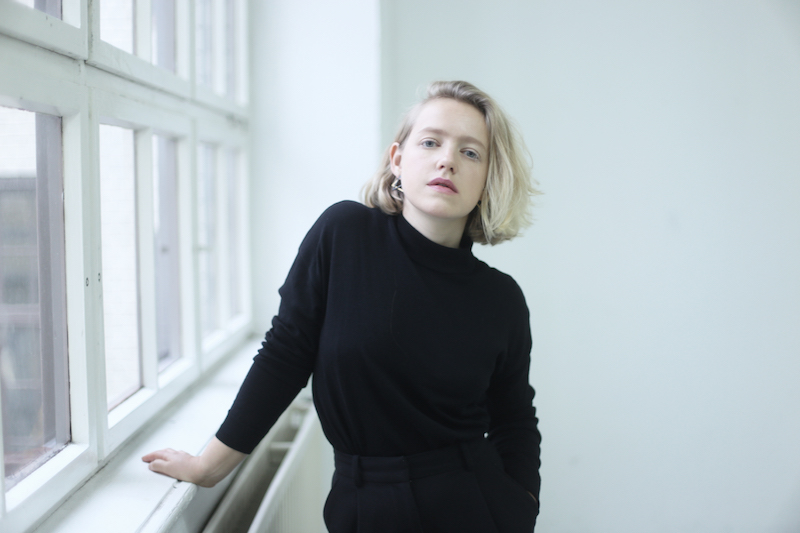 Sea Change, the project of Norwegian producer & singer Ellen A. W. Sunde, is back with a new album ‘Mutual Dreaming’ set for release Feb 11th via Shapes Recordings. The first single from the album “Night Eyes” is streaming online now.

Speaking about the track, Sea Change said “‘Night Eyes’ is about the need to shut off your head and just be your body for a while – how good it can feel to lose control. I wanted to produce a danceable sensual track, and it’s one of my personal favourites from the album. A friend of mine told me that when she heard it it felt like she was floating in rave space – an image that I absolutely love.”

Music sometimes takes place in a world that’s more emotional than rational, less something you think about and more something you feel. That’s the home turf of the new album from Sea Change – Mutual Dreaming. With inspiration from the world of club music, another dreamspace where reality seems to slip, these songs come from a place where shadows of memories and feelings dance in the listener’s sub-consciousness. With its subtle, infectious sense of rhythm, delivered through fractured, hallucinogenic electronica, the music here moves through your body like a pulse, for a record that manages to be both enigmatic and elusive, and at the same time totally compelling.

Sea Change is the project of Norway’s Ellen A. W. Sunde. From her debut album, 2015’s Breakage, to her music today, her sound has fluctuated and mutated – from airy, atmospheric pop to bubbling, shapeshifting electronica, but her creative vision hasn’t changed. With whatever style she’s working with, she’s on a mission to push and stretch it into new shapes, to explore the fringes of what the music can become. Across three records, it’s made for a musical vision that’s adventurous, hard to pin down, and even harder to predict. And on the latest of those albums, Mutual Dreaming, that’s more the case than ever before, as she follows her feelings in painting an intuitive, impressionistic world that wraps itself around the listener.

Her previous album INSIDE was inspired by club culture in Los Angeles and Berlin – having spent some time exploring the hazy spaces of those clubs, she made her own version of that feeling in sound. In terms of time and place at least, Mutual Dreaming was born somewhere very different. Sunde relocated back to Norway, to the southern coastal town of Kristiansand, and had just started work on the new album when lockdown hit. So instead of the overstimulation of city life, the new album was made with a distinct absence of input from the outside world. Still, Sunde found she enjoyed it. “It was very quiet”, she says. “I could really concentrate on making new music. In a way, it was starting from scratch. The vibe was very explorative, and I had fun making it. It was easier to dive into it when there weren’t any distractions”. Sunde was keen to explore the physical side of music in the songs, the way it interacts with the body: “Music can be very primal. When you are going clubbing and dancing you can lose yourself in your own headspace, and be more in time with your body”.

With her new music, Sunde wanted to make something fresh and fast, even setting herself the challenge of making the album as quickly as possible, so she could follow her ideas without overthinking or over-processing them. The approach to writing and production (with co-producing help on some of the songs from frequent collaborator Andrew Murray Baardsen at Luft Studio) was driven by impulse and instinct rather than planning, something that gave her freedom: “It was liberating for me, to not think things through too much. To be able to just go where the song could take me. I felt more relaxed when making this one. This album is more deconstructed and very intuitive. With INSIDE, the process was more thought-through. This one was more anti-intellectual and also very visual. I often see images when I produce music, like different scenes in movies”. Even the lyrics followed this approach, written first as filler to suit the sound of the track, and then later reworked and remoulded to serve its mood. “It was very intuitive and stream-of-consciousness”, she says. “Visceral and very introspective”.

What emerged from that process is an album of fractured, spectral electronic music. Despite that fracturing, the sense of rhythm remains – the music on Mutual Dreaming is driven by a strange, morphing danceability, a clockwork sense of groove. Beats steer the songs and provide their overarching structure, like on opener “I Put My Hand Into A Fist”, where the other parts of the song, the shivering synths and fluttering snares, swirl like currents around it. “Everything we made is fluid” intones Sunde on that song, and that goes for the whole album, a feeling of nothing being fixed, a constant flux. As you move from song to song, the mood changes slowly, like a sky shifting from light to dark. All the way through, the texture and tone are perfectly engineered, to the point where you almost feel them physically – “Mirages” slowly rises, softly making contact with your senses, like the feeling of gentle waves washing over you, whereas “Night Eyes” pulls you, into murkier, heavier territory. Sunde says she sees the record visually, and it’s one that almost demands you close your eyes when listening to it, to let the music draw its shapes and scenes in your own imagination.

The music’s deconstructed nature, the way it refuses to slip into any structure for very long, fits into the record’s theme. Sunde sees freedom in Mutual Dreaming, not only for her, in an emotional sense, but also for the outside listener, who is given the interpretive space by the album to follow their own path through it, somewhere in the floating interzone of its sounds. “I prefer a more abstract framework”, she says. “I rarely find it so interesting to write songs with a clear song structure – I’d rather explore a freer form”.

So ultimately, and in a nod to its title, Mutual Dreaming is a record that can draw as much from its listener as from the artist herself. The blurry, murky world these songs inhabit moves restlessly, always dissolving and reforming – leaving it to the observer to find their own meaning in it. It’s a record where Sea Change found her way in fragments, letting her feelings guide her, and then knitted those fragments into a vision of dance music that’s free-floating and immersive, a space where reality’s grip seems to lose its hold. It’s beyond club music, beyond its inspirations, and in the sonic richness and detail you can find the power of something beyond words – put it on, and the normal world feels very far away.