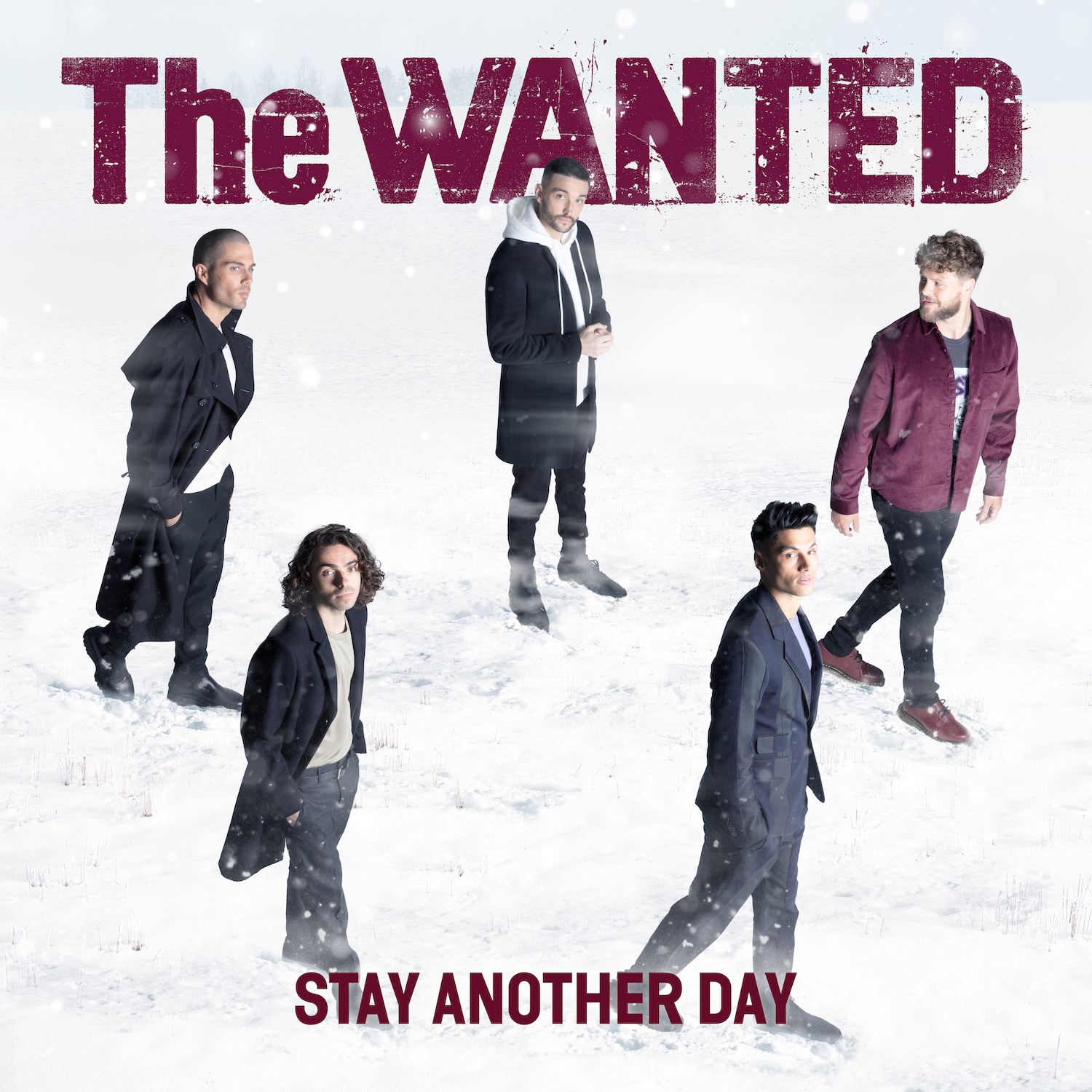 The Wanted celebrate the upcoming Christmas season with a festive cover of East 17’s classic hit ‘Stay Another Day’.

‘Stay Another Day’ was originally a Christmas No1. hit in 1994 and has remained a staple of the festive season ever since. The Wanted’s cover is produced by Tim Powell and Jonas Jalhay.

The Wanted recently announced that they are back together again after a seven year hiatus and will be releasing their greatest hits album ‘Most Wanted– The Greatest Hits’  on November 12th. They will also take part in a special 12 -date Arena tour of the UK in March 2022.  The band also released a brand new song ‘Rule The World’. Written by Max from the band with Ari Leff and Michael Pollock, the song is an exhilarating and euphoric track busting with dance floor energy.

This month The Wanted will be visiting locations up and down the UK performing a selection of acoustic tracks from the album, alongside a live fan Q&A session.

Tom, Max, Siva, Nathan and Jay recently delighted fans by performing together for the first time in seven years at Tom’s charity concert for Stand Up To Cancer ‘Inside My Head’ at the Royal Albert Hall. The show was a huge success featuring artists such as Ed Sheeran, KSI, Liam Payne, McFly, Sigrid and Becky Hill, raising money for Stand Up To Cancer and the National Brain Appeal.

‘Most Wanted-The Greatest Hits’ is a collection of all the bands huge worldwide hits, many of which written by the lads themselves. The bands catalogue contains pop masterpieces including the Number 1 Singles ‘All Time Low’ and ‘Glad You Came’, the 2010 Comic Relief single ‘Gold Forever’, the theme song from the 2012 movie ‘Ice Age: Continental Drift’, ‘Chasing The Sun’ and the soaring ballad ‘Heart Vacancy’. The collection also includes the hits ‘Lightning’, ‘Lose my Mind’, ‘We Own The Night’, ‘Walks Like Rihanna’, ‘I Found You’, ‘Warzone’, ‘Show Me Love’ and the fan favourite ‘Could This Be Love’.

The Wanted first discussed getting back together in early 2020 to celebrate their 10thanniversary but the global pandemic got in the way. Then came the devastating and shocking news that one of the boys, Tom Parker, had been diagnosed with a brain tumour. Tom, in his characteristically no-nonsense manner, decided to turn a personal tragedy into something more positive and set out to make a documentary for Channel 4 and Stand Up To Cancer titled ‘Tom Parker – Inside My Head’ both to raise awareness of the tell-tale signs of the disease and to explore new treatments and research.

The Wanted are one of Britain’s biggest pop bands, living a dream that has far surpassed even their most optimistic expectations and all with their best mates at their side. With over 12 million record sales worldwide, the band have notched up 10 UK Top Ten singles and 2 UK Number 1 singles. The band today still boast almost 6 million monthly listeners on Spotify and have a huge worldwide following on their social media platforms.

PRE-ORDER ‘MOST WANTED: THE GREATEST HITS’:https://thewanted.lnk.to/PreOrderPR