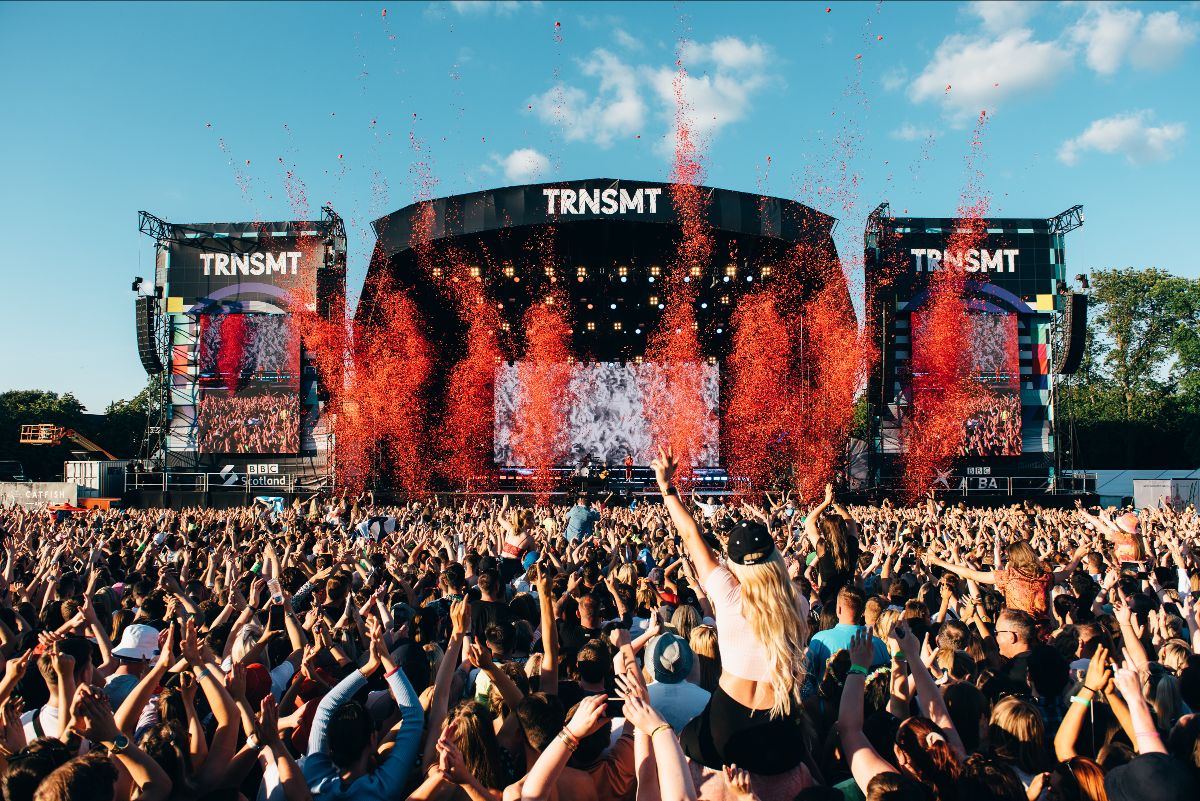 cinch presents TRNSMT festival is delighted to reveal the day splits for next year’s musical extravaganza in Glasgow Green. Following on from the phenomenal success of this year’s event, the festival is also excited to announce a whole host of incredible artists including Sam Fender, Nile Rodgers & CHIC, Self Esteem, Griff, The Lathums, Tom Grennan, Ella Henderson, Nina Nesbitt, Brooke Combe, Example, Maximo Park and so many more who will be joining the stellar line up already announced for 8th – 10th July 2022.

Fans will be able to secure one day and two day tickets for next year’s event from 10am Thursday 25th November by signing up to access the cinch presents TRNSMT presale here, before tickets go on sale on general release at 10am on Friday 26th November. Three day weekend tickets are available now.

Joining headliner Paolo Nutini on the line up for Friday 8th July, special guest Sam Fender, who topped the charts this year with his second album ‘Seventeen Going Under’ and recently performed a sold out arena tour across UK. The singer songwriter is buzzing to return to Glasgow – one of his favourite cities to play – after 2 epic nights at the Barrowlands in September and ahead of the upcoming Hydro show which sold out in less than a day. He’s guaranteed to bring a procession of epic anthems to Glasgow Green next summer for the ultimate festival singalong and a truly show-stopping performance.

Also, joining Friday’s line up and promising to bring the ‘Good Times’, Nile Rodgers & CHIC. Nile Rodgers has produced some of the most iconic songs of all time from David Bowie’s ‘Let’s Dance’ and Madonna’s ‘Like a Virgin’ to Daft Punk’s ‘Get Lucky; and with his band CHIC, has topped the Billboard Top 100 with iconic tracks ‘La Freak’, ‘I Want Your Love’ and ‘Everybody Dance’. True disco legends, Nile Rodgers & CHIC, are guaranteed to get the crowd to ‘Dance, Dance, Dance’ with the ultimate party set on Friday night!

Chart topping singer-songwriter Tom Grennan. The ‘Little Bit of Love’ hitmaker, who initially found fame as a vocalist with Chase & Status, collaborated earlier this year with Calvin Harris on the summer anthem ‘By Your Side’, and recently worked with another new addition to Friday’s line up, singer-songwriter Ella Henderson on the stunning duet ‘Let’s Go Home Together’. Four-piece British indie rockers The Lathums, Scottish singer-songwriter Callum Beattie, punk rock band The Regrettes, and the band often regarded as ‘the best Beatles tribute in the world’, The Bootleg Beatles will also perform on Friday 8th July along with the already announced NME Award winning Beabadoobee and British rapper M Huncho.

Luke La Volpe, the Scots born musician who picked up the coveted Scottish Music Award for Breakthrough Artist in 2020 who was scheduled to play the Festival in 2021, has also been confirmed for Friday 8th July, alongside rising star Brooke Coombe. The Edinburgh based musician, and this year’s Scottish Music Award’s Breakthrough Artist, who has amassed a phenomenal following, posting bedroom covers of her favourite artists, went viral with her rendition of ‘Yes Sir I Can Boogie’ and recently signed to Island Records. She released her anthemic debut single, ‘Are You With Me?’ earlier this year and is undoubtedly one to watch.

Joining the line up on Saturday 9th July is another super star in the making: the pop phenomenon and this year’s Brit Award Rising Star Award winner, Griff. The multi-faceted singer-songwriter released her debut mixtape ‘One Foot In the Grave’ earlier this year to great critical acclaim. Stuffed with euphoric hooks and sparkling production it was described by NME as ‘flawless’, and has garnered praise from pop music royalty Taylor Swift, no less! The very definition of rising star, Griff’s TRNSMT performance is guaranteed to be one of the most talked about of the weekend.

Also joining Saturday’s incredible line up is the queen of five star reviews Self Esteem. The pop singer songwriter and ex Slow Club member who recently released her second solo album ‘Prioritise Pleasure’ to a rapturous reception from critics and music lovers alike, has recently embarked on a live tour of the album which has been described as a ‘masterclass in joyful excess’ and a ‘maximalist pop triumph’. A true icon in the making, Self Esteem’s TRNSMT debut is a performance you will not want to miss!

Other additions to the already phenomenal line up for Saturday 9th July are rapper and producer Example, British Indie rock bandWet Leg, alternative indie band Pip Bloom and alternative rock band Maximo Park who released their seventh studio album to rave reviews earlier this year. They will be bringing joyful pop songs and anthems a plenty to TRNSMT next year, while singer-songwriter KennyHoopla will be bringing the high energy with his indie disco bangers. The Wisconsin based musician received phenomenal crowd reactions playing at Festivals this year, and we can’t wait for him to wow the TRNSMT crowd, alongside Saturday’s headliners, international icons The Strokes and incredible acts already announced including Foals, The Snuts, Fontaines D.C and Jimmy Eat World for what will be an absolutely outstanding day of live music.

Rounding off a fantastic weekend and joining headliner Lewis Capaldi on Sunday 10th July, is another Scottish talent, singer-songwriter Nina Nesbitt. Nina whose sun-kissed pop anthem ‘Summer Fling’ saw her international profile explode earlier this year as it hit #1 on TikTok UK’s Hot 50, recently released her second album ‘The Sun Will Come Up, The Seasons Will Change’ which amassed a staggering 530 million streams.

Pop singer and songwriter Mimi Webb who kick-started her career through TikTok videos, and has since performed at Reading & Leeds festival, BBC Radio 1’s Out Out Live and who turns up the volume on every emotion with sky-scraping runs and open-heart honesty is also added to Sunday’s line up. She joins Mae Muller a singer who counts Little Mix and Sam Smith among her fans and who is breathing new life into pop with her street-smart soulful compositions; alternative R&B group Easy Life and pop singer songwriter Thomas Headon.

Also added to Sunday’s line up is chart topping DJ and producer Sigala. Known for his musical collaborations with the likes of Becky Hill, Rita Ora, Ella Eyre and Craig David, Sigala will be bringing his energetic, dance-pop sound to Glasgow Green for a fun, fist pumping set, alongside Aussie band’s Gang of Youths and DMA’s plus singer-songwriters Jamie Webster and Alfie Templeman,and the already announced Wolf Alice.

Easy Life – “scotland, we’re coming for you. cannot wait to play TRNSMT next year. our scotland shows always go off so let’s make this one even better. see you down the front xx”

Callum Beattie – “You can get your singles played all over the world and sell a shed full of albums, but as a Scottish artist, I know I’m making real progress when I get asked to play at TRNSMT, Scotland’s biggest and best festival. I am honoured to be asked – I can’t wait!”

DMA’s – “Scotland is a home away from home for us and we cannot wait to play alongside these other artists to our most hectic fans.”

Maximo Park – “We finished our recent UK tour with a fantastic gig in Glasgow, so we’re really looking forward to heading back – the crowds there are always so passionate. It’s great to be on the same stage as exciting acts like Self-Esteem and Wet Leg!”