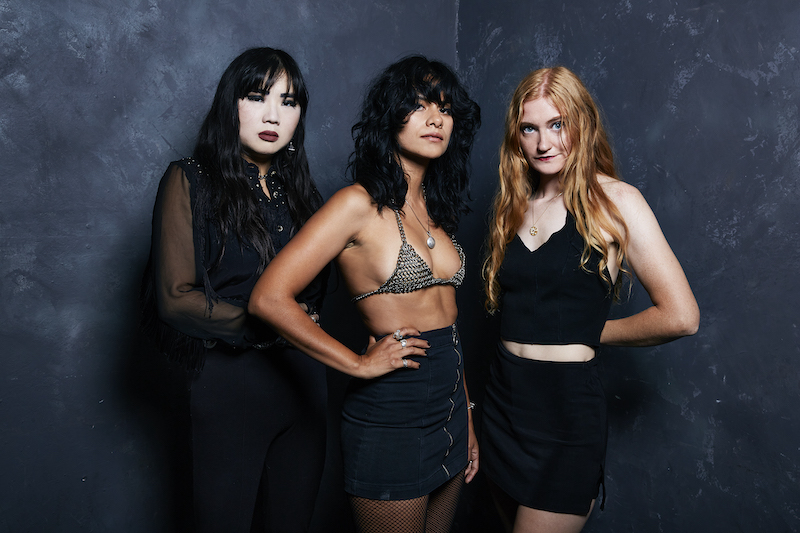 Following the release of their album ‘Play With Fire’ in 2020, Californian punk trio L.A. Witch have just announced a European tour for later this year with a run of UK shows throughout May.

You can watch the video for standout track “Motorcycle Boy”, which is taken from their most recent album below here.

Play With Fire is a bold new journey that retains L.A. Witch’s siren-song mystique, nostalgic spirit, and contemporary cool. Despite the stylistic breadth of the record, there is a unifying timbre across the album’s nine tracks, as if the trio of young musicians is bound together as a collective of old souls tapping into the sounds of their previous youth.