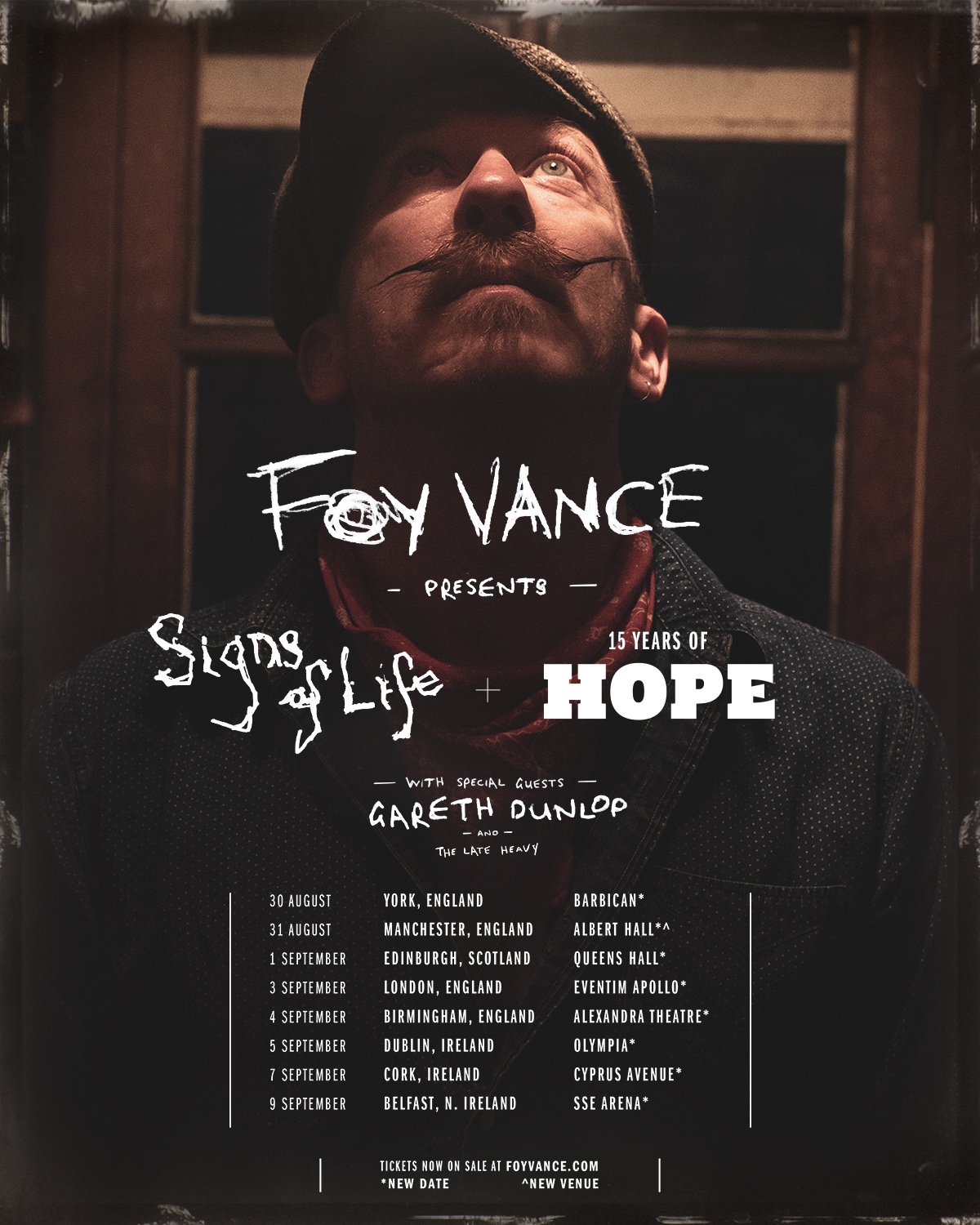 Foy Vance has today announced that his upcoming UK, Ireland, and European Tour has been rescheduled to August and September. The UK dates will now commence on August 30 at York Barbican, and run through to September 9 at Belfast SSE Arena, Vance’s first Arena show in his native Northern Ireland. The tour follows the 2021 release of Vance’s fourth studio album Signs Of Life, while 2022 marks the 15th anniversary of his full-length debut Hope.

Comments Vance: “As we find ourselves coming out of the latest wave of this pandemic, things are beginning to feel a bit more “normal” in the UK and Ireland. However, due to ongoing restrictions in the EU, and in an effort to ensure the safety of comfort of all onstage and off, we will be moving the UK, Irish and European runs of the Signs Of Life Tour to later this Summer. More info on the new EU dates to come, but for the UK and Ireland, all tickets remain valid apart from Manchester where all tickets will be refunded at point of purchase. New tickets for Manchester are available to purchase on Friday, March 4th at 10am GMT.

This summer also marks the 15-year anniversary of my debut album Hope. In the hope of making waiting for these live shows a little sweeter, we’ve decided to put together a special set that highlights both Hope and Signs of Life, alongside other favourites.

Hope to see you there.
Have I said Hope enough?
Hope.”