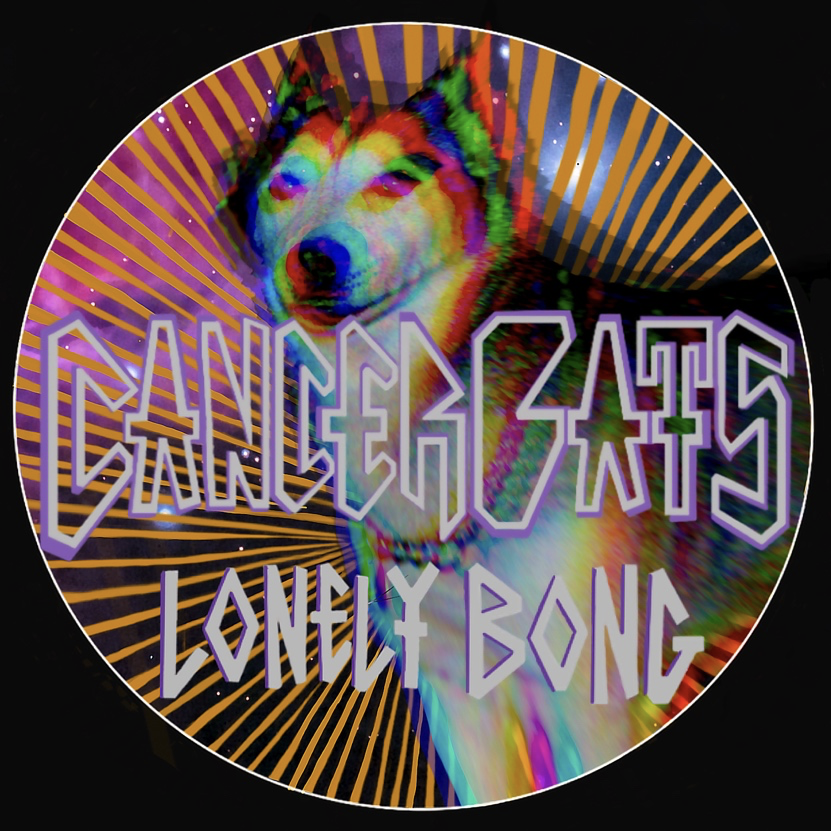 Today, Canadian hardcore punk heavyweights Cancer Bats have dropped a second track and video, “Lonely Bong”, from their anticipated forthcoming seventh studio album Psychic Jailbreak. The new LP will be released on April 15, 2022 through their own label Bat Skull Records in partnership with New Damage Records in Canada. One of the first tracks to be written for the new record, “Lonely Bong” fuses together punishing hard-hitting drums and southern-rock tinged riffs with frontman Liam Cormier’s signature vocal intensity.

“Lonely Bong is a song about life on the road and being in a band. It was a big lifestyle change for us when the pandemic happened and we couldn’t tour. We missed it a lot. Playing music, seeing friends and fans from around the world. We didn’t even see each other for over a year. LB is a homage to the road life and the blessing it’s been in our lives.”

Peters continues, “I like to think that Liam titled the song lonely bong for me since I’m the only smoker in the band. I would smoke and play drums, working out the songs for the new album alone late at night. Smoking helped to shift my brain from dad/regular life to a creative spot. I was the lonely bong missing his buds.”

Directed by Mitch Barnes the video for “Lonely Bong” sees the beloved Bats hilariously trying to figure out ways to connect with new fans via the internet and sees Liam, Mike and Jaye testing out a variety of viral challenges from over the years, while at the same time trying to figure out who will fill the position of founding member and guitarist Scott Middleton while on the road. Will it be long-time friend, Wade McNeil (Alexisonfire, Dooms Children, Gallows) who helped fill the void, shredding alongside Cancer Bats in 2019 while Scott was at home with his new baby son? Could it be The Flatiners’ Chris Cresswell or will it be Fever 333’s (ex-The Chariot’s) Stevis Harrison? Watch the video below to find out:

To coincide with the new single and video, Cancer Bats have dropped some cannabis-themed merch via their webstore. Along with a limited edition “Lonely Bong” tee, the band has also made available a branded grinder and branded rolling papers. To check out the new products, visit; https://cutloosemerch.ca/collections/cancer-bats

Psychic Jailbreak follows 2018’s critically-acclaimed, commercially successful and Juno nominated album The Spark That Moves and is the band’s first album to be written and recorded by the current lineup of Liam Cormier (lead vocalist), Jaye Schwarzer (bass and guitar) and Mike Peters (drums), following the departure of founding member and guitarist Scott Middleton. Produced by JP Peters (Propagandhi) at his studio Private Ear Recordings in Winnipeg, MB, Psychic Jailbreak sees the beloved metal stalwarts stepping up their game once again, eagerly pushing themselves both musically and lyrically beyond what they have achieved as a band to date. A record that is destined to invigorate fans with its punishing drum patterns, memorable riffs and infectious choruses, Psychic Jailbreak is available to pre-save/order HERE.

In support of their forthcoming release, Cancer Bats will be touring in Canada over the next few months. Kicking off on March 17th in London, ON, Cancer Bats will join long-time friends and labelmates Comeback Kid for an extensive Canadian run that will wrap up with two shows in Calgary (April 30/May 1). On May 16th the band will head back on the road for a handful of dates with The Anti-Queens before playing Pouzza Fest in Montreal on May 22. Tickets for all Cancer Bats Canadian tour dates are available now.