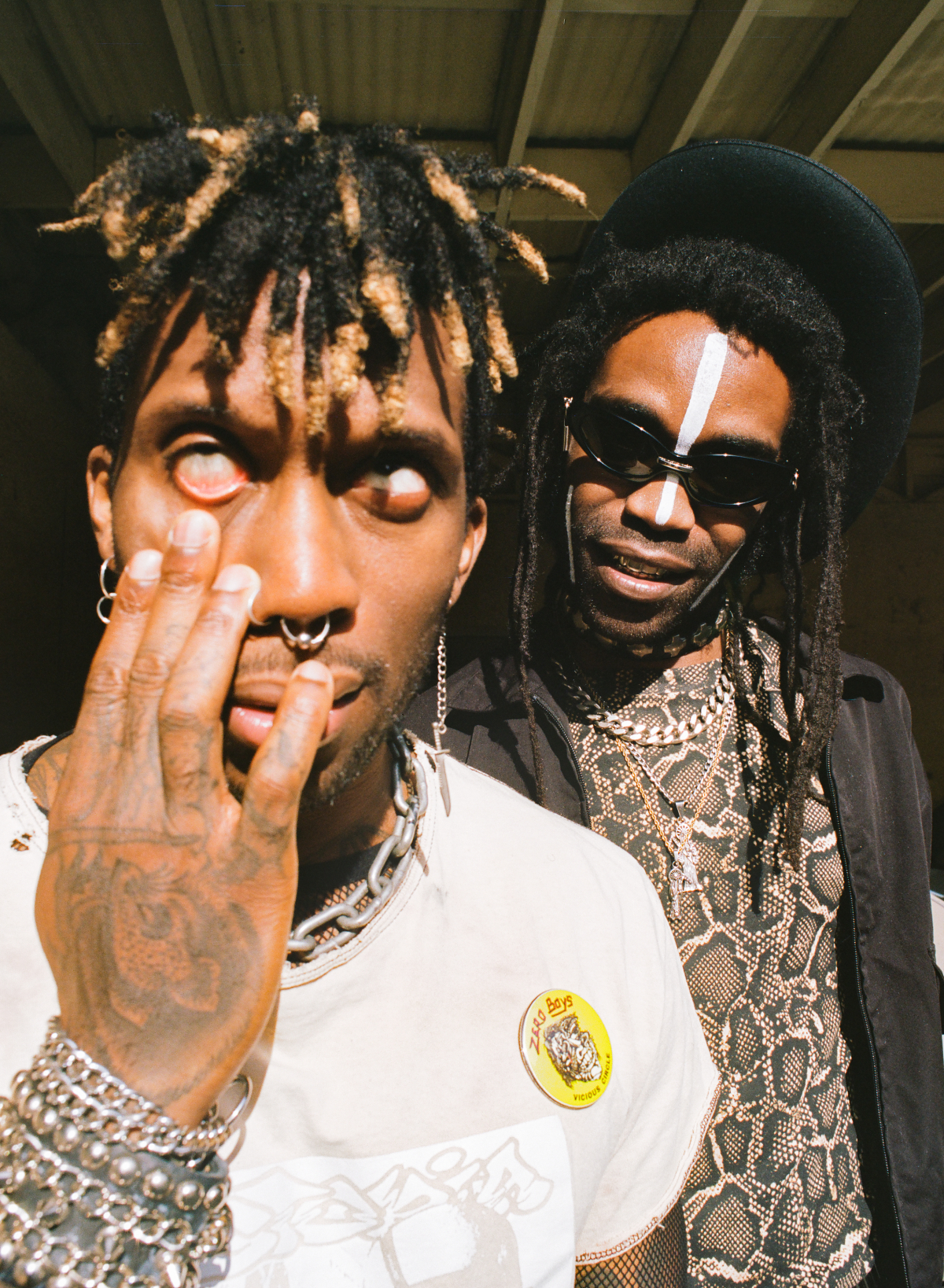 LA punks Ho99o9 (horror) have released their second album ‘SKIN’ via DTA records, along with an arresting new video for ‘BITE MY FACE’ ft. COREY TAYLOR. Directed by Tyler Bradberry, the clip matches the chaotic intensity of their live shows as Yeti Bones and theOGM (who comprise Ho99o9) thrash next to a masked Corey Taylor. It follows recent warped visuals for the tracks ‘NUGE SNIGHT’ and ‘BATTERY NOT INCLUDED’, which also feature on the album.

Fully produced by Travis Barker and with further features from Bun B, Saul Williams and Jasiah, ‘SKIN’ refines the noise and aggression that Ho99o9 are known for, truly transporting the listener to another dimension in unique fashion. It’s a searing document of a world on fire, distilling all of the turbulence, free-floating confusion and anxiety of our present moment into 12 tightly wound tracks that signal a new era for Ho99o9 and the sonic movement they’re spearheading.

When Ho99o9, kicked in the doors in 2014 with an iconically off-the-rails set at the AFROPUNK festival, they set a noisy new standard for industrial-grade, punk-influenced hip-hop, colliding the DMX and Bone Thugs they grew up listening to in Jersey headfirst with bands like Bad Brains and the Ninjasonik that they absorbed after discovering the NYC DIY scene. With a steady stream of mixtapes, EPs, singles, and their 2017 debut LP ‘United States of Horror’, they’ve continued to raise the bar for sonic chaos, drawing critical raves, building a cultishly devoted following, and earning the respect of iconic audio anarchists like Mike Patton (who invited them to open for Mr. Bungle and Dead Cross) and The Prodigy (who featured them on the 2018 single ‘Fight Fire With Fire’ and took them on tour in the UK that year) among others.