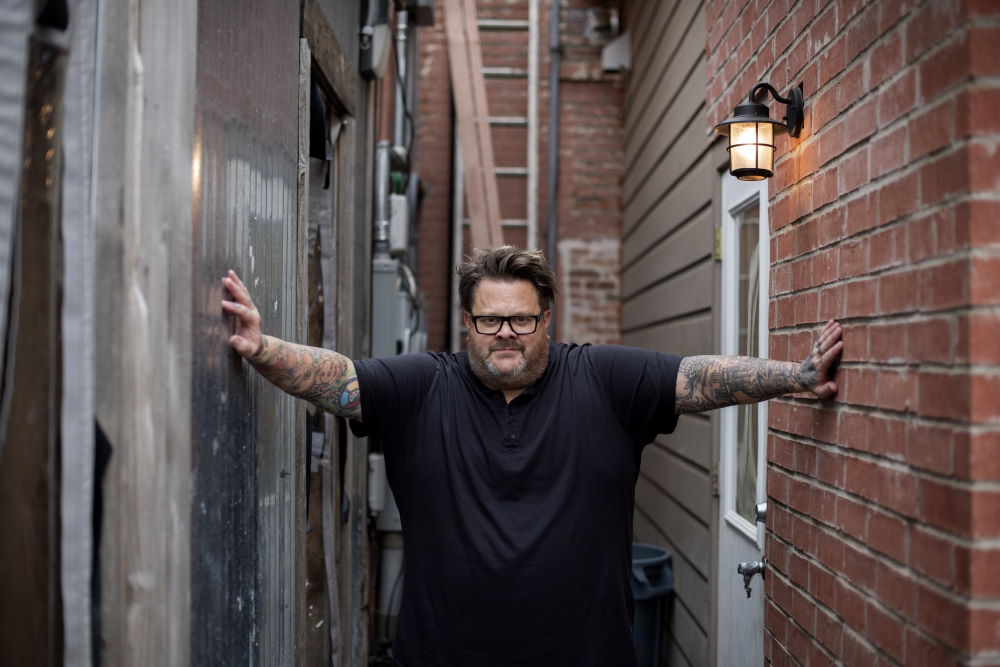 Many of you will know Jaret Reddick as the frontman of the much loved, grammy nominated Texas pop punk / punk rock band Bowling For Soup. But over the last few weeks, many of you have been learning about the new musical adventure Jaret has been on.

Under his full name Jaret Ray Reddick, Jaret has just released something he’s wanted to make all of his musical life – a country album. Drawing on his Texan roots and family connections to the world of country music, as well as the sudden free time in his schedule caused by the COVID pandemic, Jaret worked both solo and in tandem with his longtime friend, Zac Maloy, on a set of Red Dirt (Texas) Country songs. The end result is the debut solo album from Jaret Ray Reddick – Just Woke Up!

The first single from Just Woke Up is a perfect introduction to Jaret’s take on Texas country. How does one take their first steps in the world of Texas country? With a song called Songs About Texas, of course!

Jaret celebrated the release of Just Woke Up with his first two live performances as a country artists at the prestigious C2C (Country to Country) Festival at The O2 Arena In London. He won rave reviews from those in attendance – both from brand new fans and longtime Bowling For Soup supporters who had come to hear Jaret as they’d never heard him before.

Just Woke Up features a dozen tracks of what could be described as proper Texan country music. The album features some special guests, most notably one of Jaret’s favourite musicians and good friend Frank Turner who features on “Drunk As It Takes”. There’s also a cameo for Uncle Kracker on the album opener “Way More Country”, Descendents guitarist Stephen Egerton features on “Natalie”, and Cody Canada of The Departed appears on “You And Beer”.

Other highlights include the tribute to home in the aforementioned single “Songs About Texas”, the family tribute “Royal Family” and “One Of The Good Ones”. There are also country re-workings of two of Bowling For Soup’s most popular songs, Ohio (Come Back To Texas) and The Bitch Song, which are likely to please fans old and new alike.