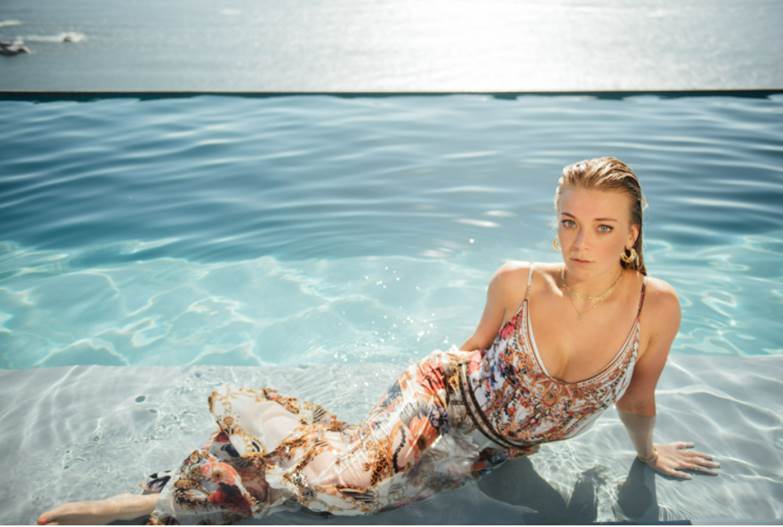 BRIT-Award winning singer, songwriter and dance music trailblazer Becky Hill announces her upcoming Summer 2022 You / Me / Us residency at the legendary Ibiza Rocks hot on the heels of releasing her fourteenth Top 40 hit, new single “Run” (with Galantis). The announcement comes ahead of the release of the Deluxe Edition of her Top 10 debut album, Only Honest On The Weekendtomorrow and the return of her critically-acclaimed The Art of Rave Podcast this year.

“I have dreamed of my very own party in Ibiza – the home of dance music, the magnetic isle of hedonism! And I now have a residency at the legendary Ibiza Rocks!” says Becky. “I’m beyond excited to present my brand-new show YOU / ME / US, a name taken from my song “I Could Get Used To This”. This is the beginning of a new brand of parties curated and designed by me. 6 dates across 8 weeks and I promise I won’t disappoint. They don’t call me the ‘Queen of Dance’ for nothing!”

Becky Hill’s You / Me / Us Ibiza Rocks residency is a welcome addition to her jam-packed summer festival schedule. The six-date weekly residency will kick off on the Tuesday 5th July and wrap up on Tuesday 30th August and will see Becky perform her back-to-back chart-busting EDM anthems live.

Further cementing Becky’s reputation as “The Queen of Dance Music”, her critically acclaimed podcast, The Art of Rave will be returning in 2022. Described as “ideal ear candy to relive those halcyon days” (Metro), “a welcome dose of nostalgia” (The Guardian), and “a welcome reminder of dance music’s overwhelmingly positive impact” (The i), The Art of Rave sees Beckyinvite some of the biggest names in dance music to discuss their music, career and influence, whileexploring the culture of electronic music and how it has changed over the years. Series 1 featured guests Andy C, Bassment Jaxx, DJ Zinc, Fabio & Grooverider, Groove Armada, Pete Tong, Roni Size and Sister Bliss.

Becky Hill will also be releasing Only Honest On The Weekend Deluxe Edition this week.The fifteen-track edition of Becky’s debut album will feature the never-heard-before “Personally”, alongside tracks such as “Space” that didn’t appear on the original release in August 2021. Charting in the Top 10 of the UK Official Albums chart and notching up over 1 Billion streams to date, Only Honest On The Weekend saw Becky score five Official Chart Top 40 singles, bring her BPI certification total to 9 x platinum, 4 x gold and 1 x silver, and become the third most streamed British female solo artist on Spotify last year (behind Dua Lipa and Adele).

With an irrefutable aptitude for writing chart-smashing pop songs and a reputation as a pioneer in the electronic music scene, Becky Hill is one of Britain’s most in-demand musical exports. She has over 180 songs registered with ASCAP – no mean feat considering only 17% of PRS for Music’s registered songwriters are female – and an impressive string of hits to her name. Having written and performed on fourteen singles which charted in the Top 40 of the UK Official Singles Chart (including four top 10 singles and one number 1), Becky has now amassed over 3.2 billion total global streams and over 17 million monthly listeners on Spotify.