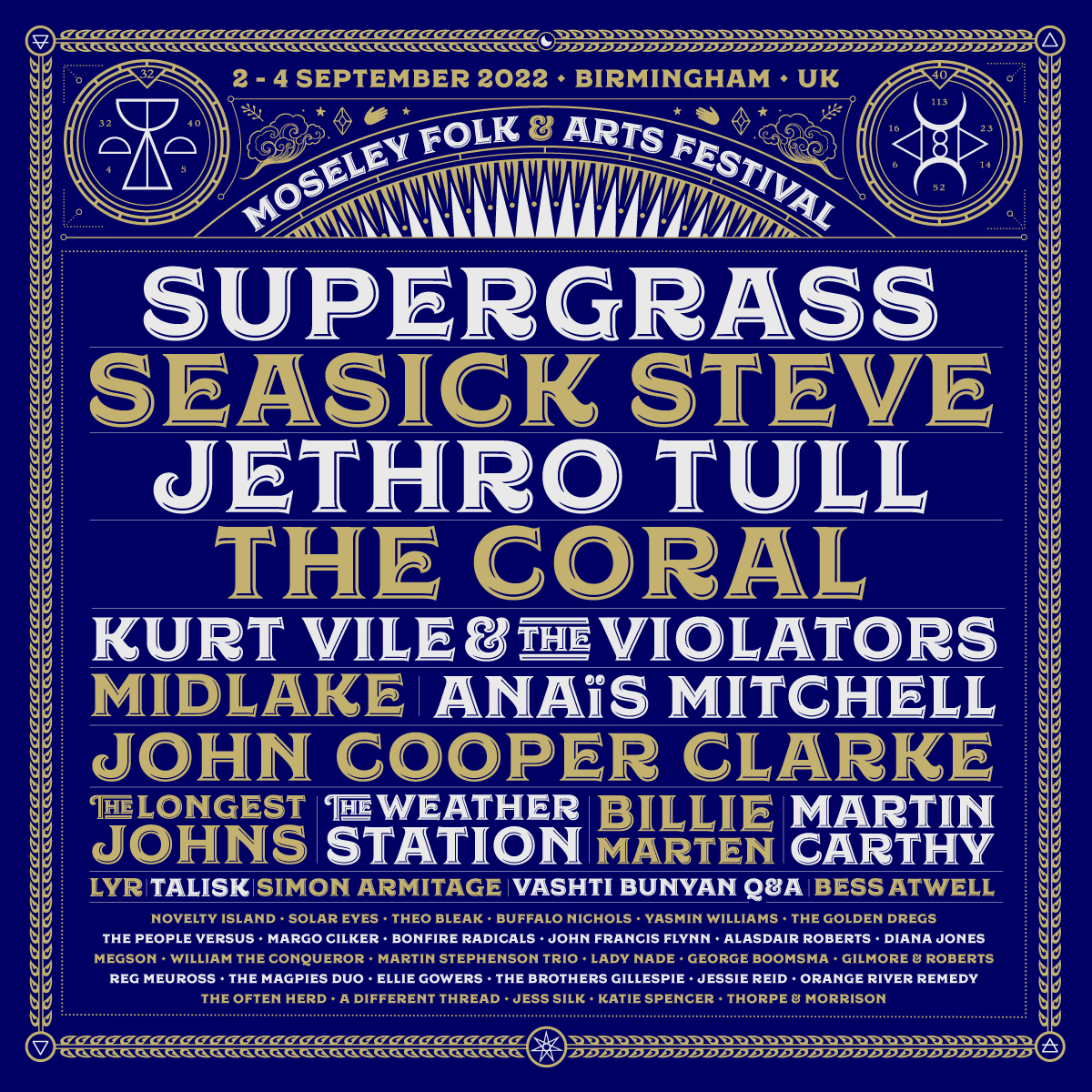 More big names have been added to the line-up of Birmingham’s Moseley Folk and Arts Festival 2022, bringing the full lineup into fruition.

They join Supergrass, Kurt Vile, The Weather Station and Bess Atwell who will be taking to the stage on opening night (Friday 2 September) alongside the just-announced LYR (featuring Simon Armitage, and musicians Richard Walters and Patrick Pearson), North of England troubadour Martin Stephenson, and the quasi-psychedelic Novelty Island (aka Liverpool songwriter Tom McConnell).

The festival concludes on Sunday 4 September with British progressive rock luminaries Jethro Tull, returning after headlining the festival in 2009; The Coral, fresh from UK dates marking the 20th anniversary of their self-titled debut album; and Texan band Midlake, back with For The Sake of Bethel Wood, their first album in nine years.

John Fell, Moseley Folk and Arts Festival Manager, says: “We’re very pleased to return with another varied and surprising line-up that combines well-known iconic artists – like Jethro Tull, Supergrass and The Coral – with emerging acts who are really making an impact, such as The Weather Station.

“And, of course, our bars will be well-stocked with great ales and cocktails, while a selection of great award-winning street food vendors will ensure plenty of choice on the food front.”

Celebrating its 15th anniversary in 2021, Moseley Folk and Arts Festival is one of the best-loved and most anticipated music and arts festivals in the region, attracting a loyal audience of music fans and families to the picturesque suburban oasis of Moseley Pool and Park, Birmingham. There’s lots of creative fun for all the family across a wide spectrum of arts too.