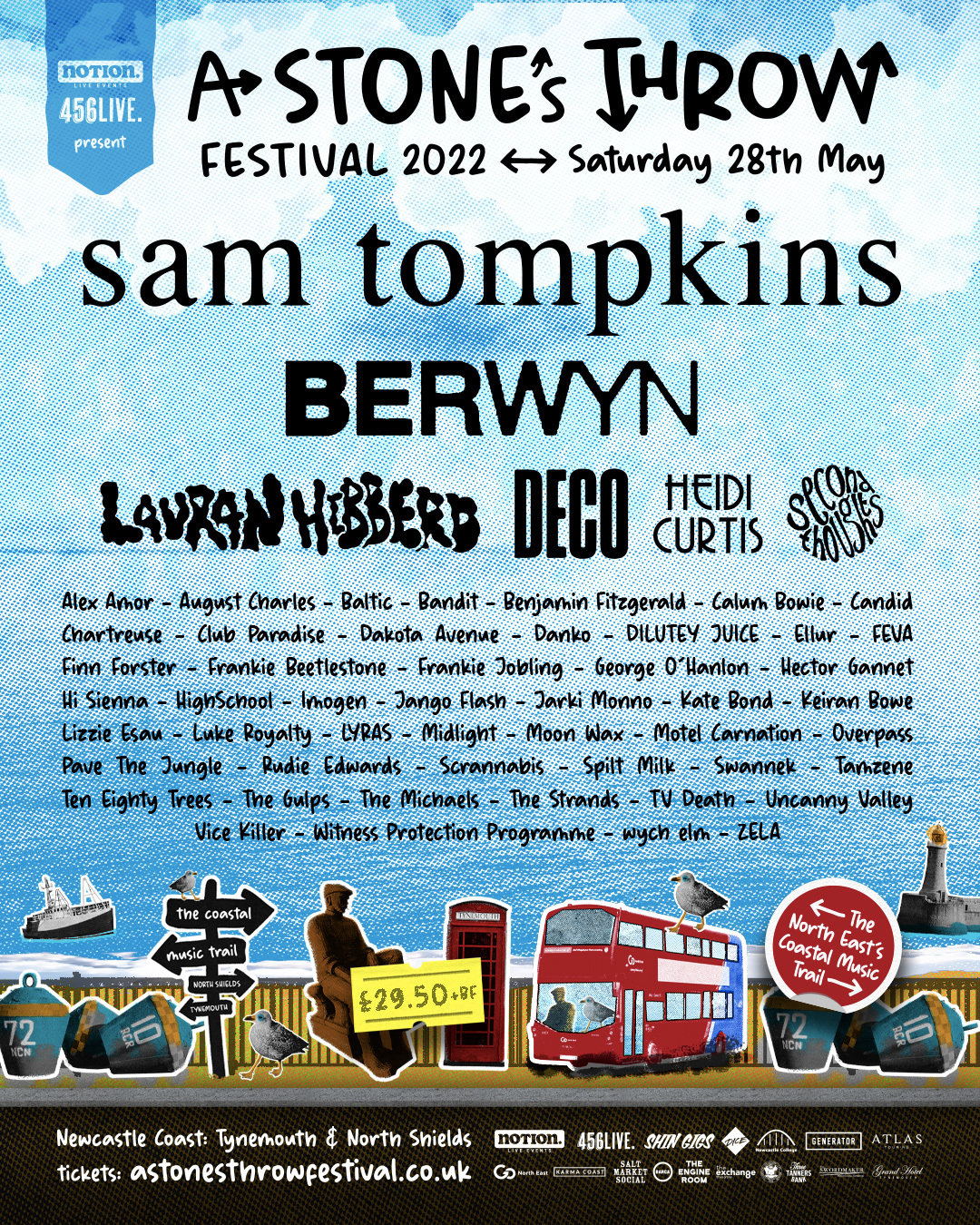 A Stone’s Throw Festival has today revealed the second wave of acts for their inaugural event, taking place on Saturday May 28th 2022 within two buzzing towns along Newcastle’s stunning coastline.

Detailing their new announcement, co-founder Anthony Thompson explained: “On May 28th, 2022, over 60 of the hottest new music acts will descend on Newcastle’s coastline, creating a trail of MUST-SEE talent spanning Tynemouth to North Shields! All ticket holders will have access to over ten venues and a bespoke double-decker bus service provided by established local bus company Go North East. We’re over the moon to be able to provide such an exciting new music event for North East music fans and we look forward to catching our favourite new artists along Newcastle’s coast this May 28th!”