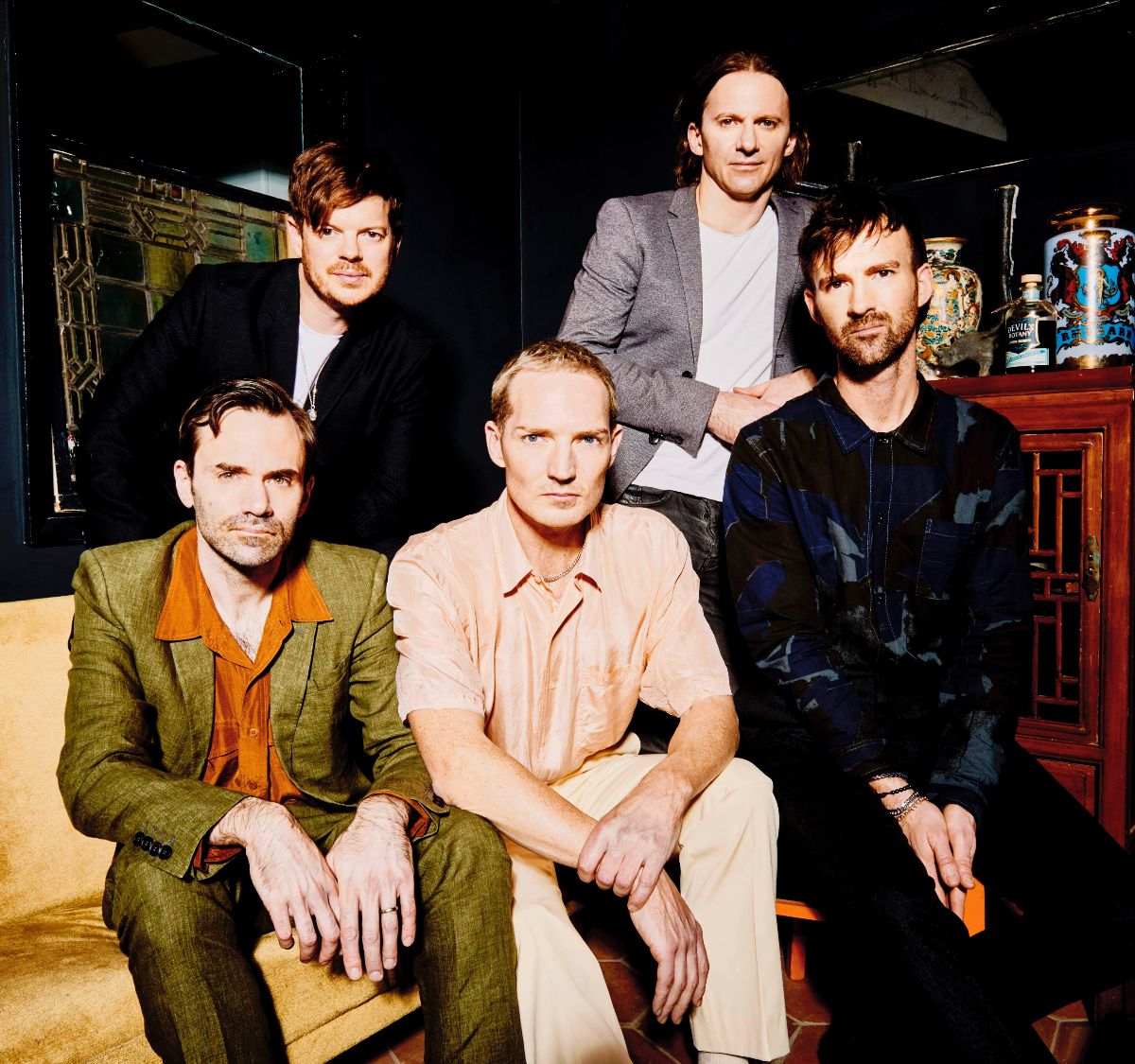 Off the back of a stellar soundtrack for the smash musical Everybody’s Talking About Jamie, composed by Dan Gillespie Sells, Ivor Novello award-winning band The Feeling have released ‘There Is No Music‘ – their first track from their sixth studio album, Loss. Hope. Love – out May 6th on Island Records – back where it all started in 2006 for their Top 3 debut album Twelve Stops and Home.

‘There Is No Music’ finds The Feeling reconnecting with their musical roots whilst allowing their evolution as a band to shine through. Sonically, the new track provides a thoughtful and joyous pick-me-up which lyrically confronts the nature of happiness head on. Pop music which distills complex themes that run throughout the new record.

“I wrote ‘There Is No Music’ at a time when many people were going through great difficulty“, says Dan Gillespie Sells. “I have always found that songs are easier to write when they have a clear purpose. For many people the purpose of music can be to bring joy from pain, and therefore it is sorrow that gives music it’s finest purpose – to change the way you feel.“

Self-produced, predominantly at their East London studio during lockdown, Loss. Hope. Love is the sound of a band who have reconsidered their identity, taken control of their sound and embraced the Queen-esque theatrical elements of their DNA, recently realised by the success of Everybody’s Talking About Jamie. The Feeling return a whole new perspective. 15 years since their multi-million selling debut record Twelve Stops and Home – the new album is bursting with joy, but with the thread of melancholy that’s always been synonymous with their flawless songwriting.

After years of writing about his own life, Dan was keen to use his foray into musical theatre to tell other people’s stories. It’s also given the band time to work in a different way. Dan says: “It’s been a while but throughout writing the Musical, the West End Soundtrack then the Official Movie Soundtrack, the band have been right there with me. It’s been great for all of us. It was The Feeling with a different hat on but we’re delighted to be back in our own right.“

Since the last Feeling album 5 years ago, Everybody’s Talking About Jamie has quickly become one the most successful new musicals of the last decade. Premiering at the Crucible Theatre in Sheffield, before transferring to London’s Apollo Theatre, the production was an overnight success amongst audiences and critics, receiving rave reviews and garnering five Olivier Award nominations.

The Feeling first burst onto the English rock scene with the release of their UK Top 10 single ‘Fill My Little World’. 3 more hit singles from Twelve Stops and Home and by the end of 2006 The Feeling were the most played act on UK radio.

Five albums later and an award-winning musical to frontman Dan’s name, Loss. Hope. Love is a band reborn, sonically developed, and ready to take 2021 & 2022 by the horns and own who they are. Welcome to a brand new chapter.

The Feeling play the following UK dates. Tickets can be bought HERE.