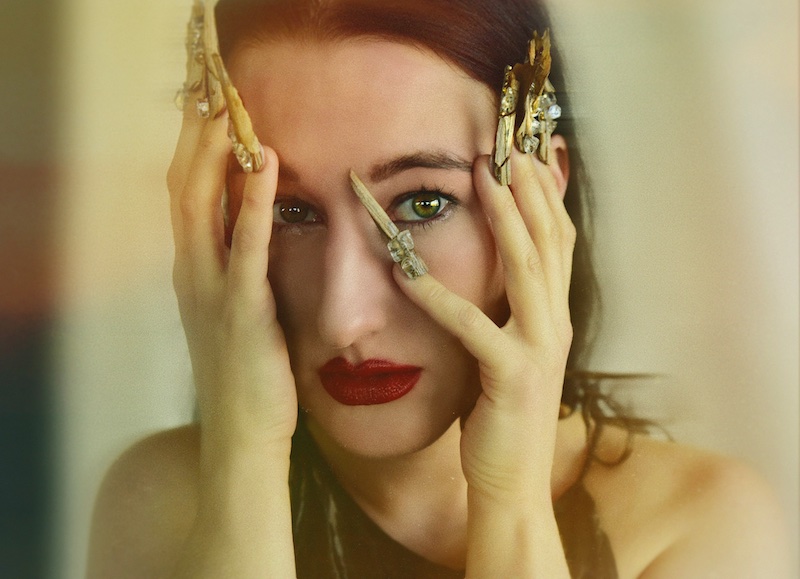 Today Zola Jesus announces her 6th full length, Arkhon, due for release on May 20th via Sacred Bones. As a preview, she has shared the powerful opening track, “Lost“, and its stark and mesmerising accompanying video directed by Mu Tunç, shot on location in the Cappadocia area of Turkey.

Nika Roza Danilova, the singer, songwriter, and producer who since 2009 has released music as Zola Jesus, has a voice that can cut through the fascia of reality, cleaving through habit into the raw nerve of experience. Never has this been more present than on “Lost” in which Danilova sings “Everyone I know is lost.” The lyrics of the song, its tight, interlocking percussion, and samples of a Slovenian folk choir propel narratives of collective despair and mutual comfort in kind.

Speaking on the track, Danilova says: “It‘s true. Everyone I know is lost. Lost hope, lost future, lost present, lost planet. There is a collective disillusionment of our burning potential. As we stray further from nature, we drift from ourselves. ‘Lost‘  is a sigil to re-discover our coordinates and claim a new path.” Of the video she states, “I wanted to shoot the video in a place that carried a lot of energy, with someone that I felt understood the spiritual backbone of the song. It was a surprisingly natural process to make this video with Mu Tunc in Turkey. I put my faith in him and in Cappadocia, a labyrinthine city built within 60 million-year-old caves. Throughout human history these caves have served as a citadel for so many different groups of people who went there to get lost. It is a testament to the resilience of humanity, and the durability of our earth.”

Director Mu Tunc adds: “The story of ‘Lost’ is a visual litany of devotion. Reflects the exodus of the true self through the mystical environments of Cappadocia. Zola Jesus is for me like an outcast philosopher of today’s confused society.”

On previous albums, Danilova had largely played the role of auteur, meticulously crafting every aspect of Zola Jesus’s sound and look. This time, she realized that her habitual need for control was sealing her out of her art. When the frustration of being unable to create became intolerable, she took a leap of faith and reached out for help, something she had never done this early in an album’s lifetime. “At some point, I had to work with other people. I needed new blood. I needed somebody else.”

In her creative process, Danilova instead began forging a relationship with the unknown. Rather than try to hold Arkhon in its entirety at every moment of its creation, she began focusing on the direct experience of making work with others, allowing for spontaneous moments of unselfconscious play. After over a decade of classical voice training, she found that this shift enabled her to ease into her singing voice in new ways, leading her to greater flexibility and agility. “I had gone through a deeply transformational process of inner growth. That annihilated a lot of tension in my voice, because my whole attachment to things changed,” she says.

Arkhon unearths buried tools for bearing grief, loss, and disappointment. The album’s title means “power” or “ruler” in ancient Greek, but it also has a specific valence within Gnosticism. “Arkons are a Gnostic idea of power wielded through a flawed god,” says Danilova. “They taint and tarnish humanity, keeping them corrupted instead of letting them find their harmonious selves. I do feel like we are living in an arkhonic time; these negative influences are weighing extremely heavy on all of us. We’re in a time of arkhons. There’s power in naming that.” 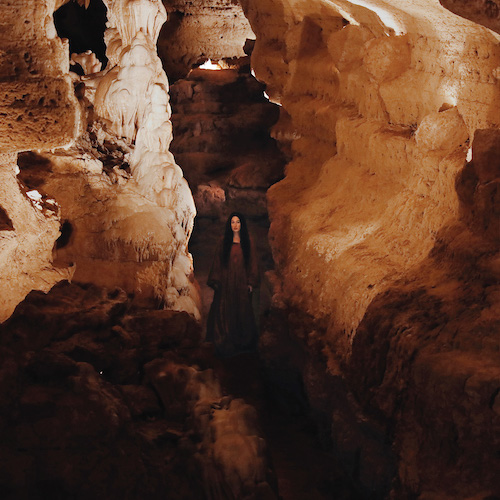 Arkhon is set for release May 20th and available for pre-order here on multiple limited edition LP variants through Sacred Bones, Bandcamp and various independent retailers, as well as on CD and cassette.