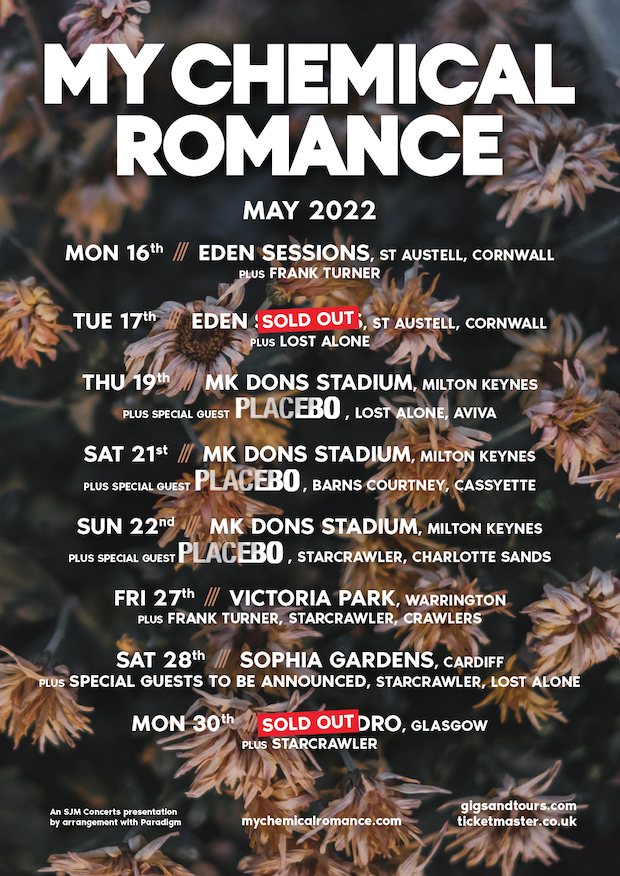 New Jersey rock band My Chemical Romance have today announced an array of supports for their long awaited UK stadium tour this May.

The tour which is presented by SJM concerts and Paradigm will see the band play to over 160,000 fans across 8 shows, their first on our shores since headlining Reading & Leeds festival in 2011.

30th May – OVO Hydro, Glasgow SOLD OUT
Plus Starcrawler