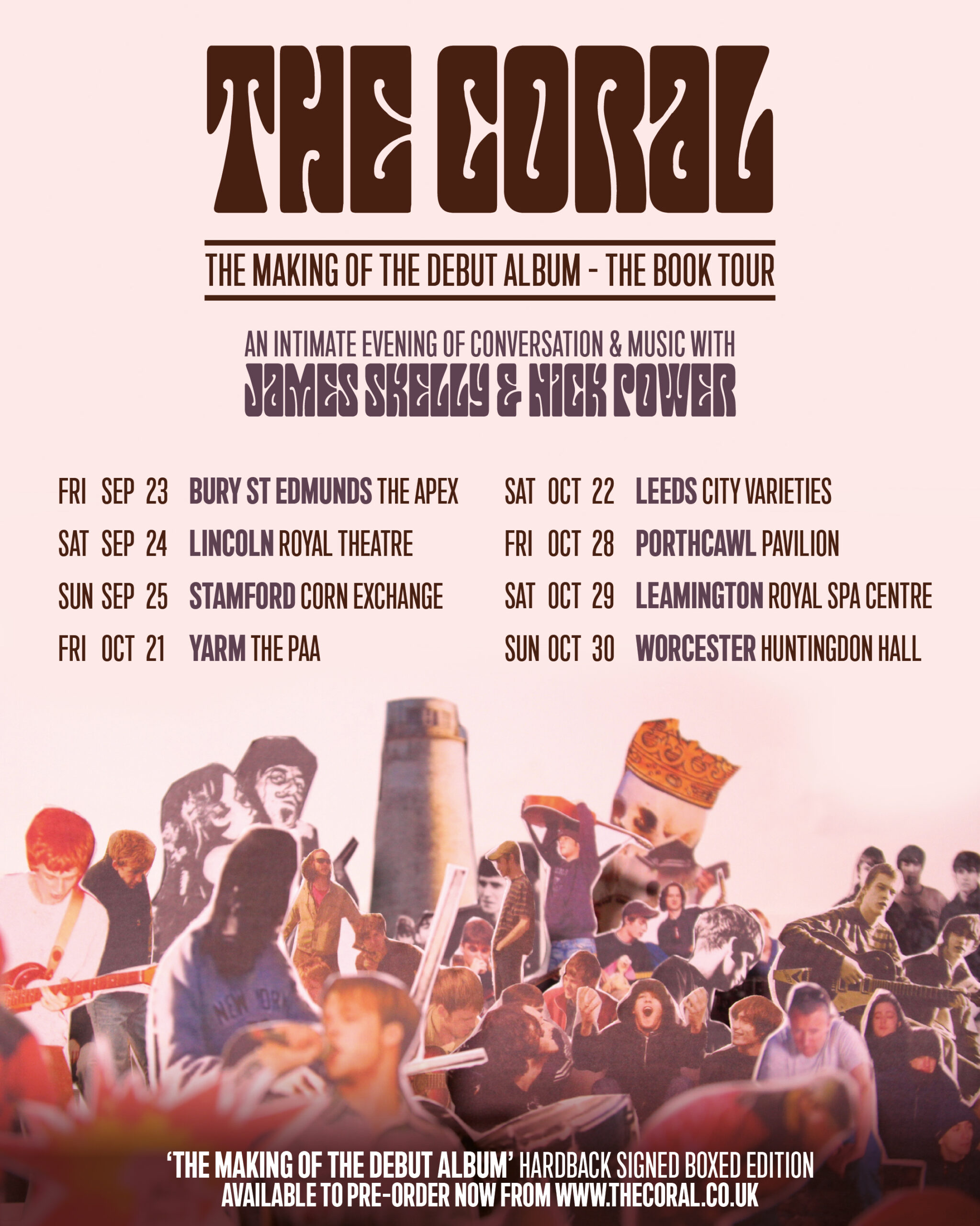 The Coral’s 20th anniversary celebrations continue with the announcement of a brand-new signed book which shares the story of their journey as childhood friends right through to the making of their remarkable debut album. The book, which is limited to 1,500 signed and numbered copies, is available for pre-order now here and sees their story told in their own words for the very first time. The stunningly boxed book features exclusive commentary from the band as well as previously unseen photography as it reflects on one of the greatest records of the new Millennium. It will also be accompanied by an exclusive CD featuring a live recording of the band performing their debut album in full at their recent Liverpool Invisible Wind Factory show on their March UK tour.

The release will be followed by an eight-date book show tour, an intimate evening of conversation and music with singer James Skelly and keyboardist Nick Power including a short acoustic performance of songs from the album.

Tickets are available this Friday at 10am via https://www.awaywithmedia.com/tours/thecoral-20-years-on.

The Coral eponymous debut album remains a totemic release and was described by NME as being the funniest and most refreshing British debut in years. Nominated for the Mercury Music Prize and a Brit Award the album is still sonically unique, wilfully leftfield and thrillingly eclectic. The Coral combined psychedelia with dub, disco groove with pop and ragtime with Egyptian reggae on a remarkable debut that has proved to be timeless. Twenty years on, that records sounds as fresh and remarkable as it did when it was released on 29th July 2002.

An exclusive CD featuring acoustic songs played on this tour will be available to ticket-buyers after the show at a cost of £5, via post. Details of how to claim will be available at the show.  Copies of The Making Of The Debut Album, by The Coral, are available to pre-order now.  Tickets for The Coral: 20 Years On, an Intimate Evening of conversation and music with singer James Skelly and keyboardist Nick Power, will go on sale on Friday at 10am. Full dates below:

For information about current and future releases and further live dates, connect with The Coral on social media at: