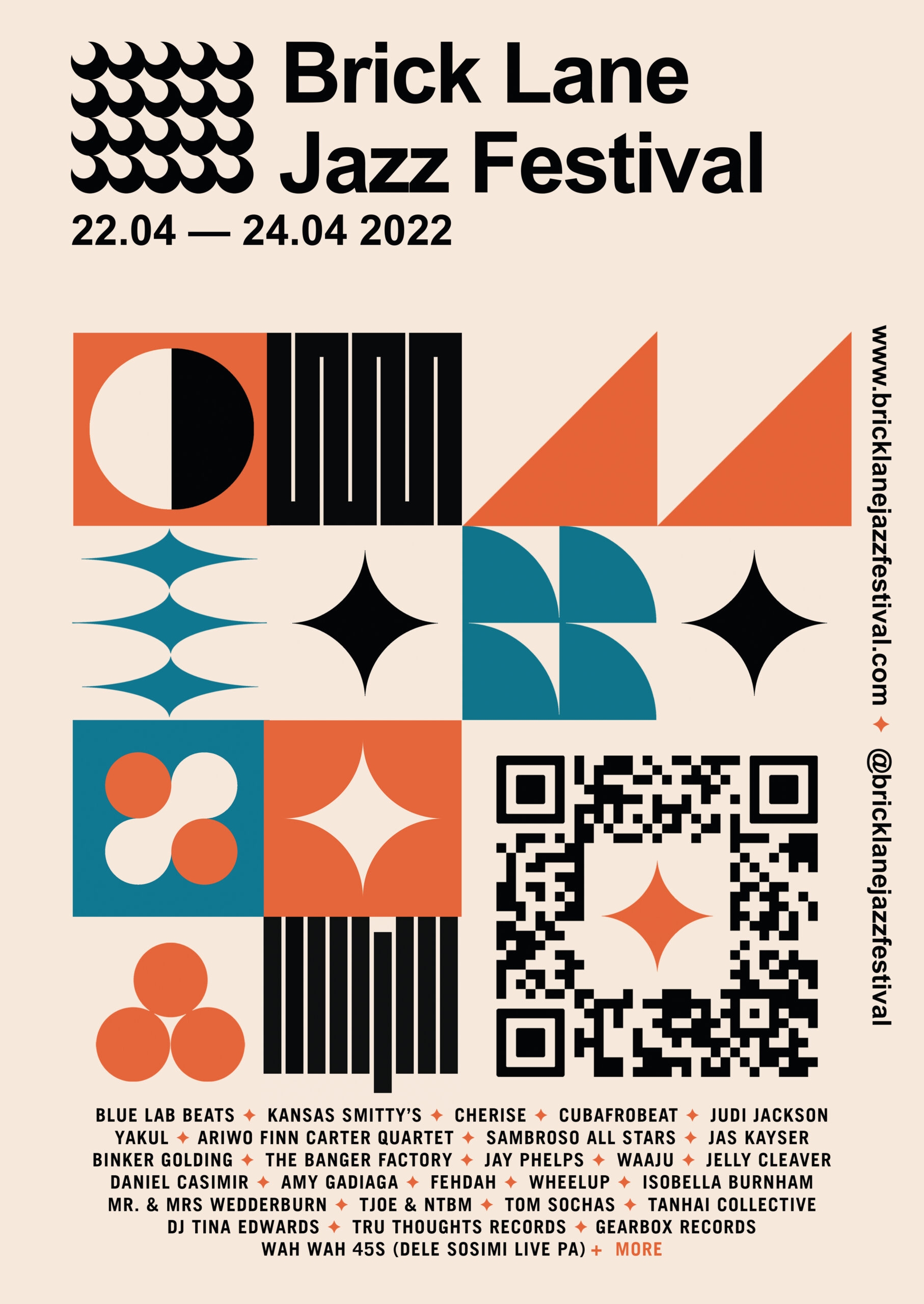 Making its debut at The Truman Brewery on Brick Lane in London, the festival will be set across five stages over three days with twenty-six artists performing, showcasing some of the most exciting acts on London’s vibrant jazz scene.

Today, the festival has announced further additions to their line-up with a number of renowned record labels coming to DJ at Cafe 1001, which will serve as the festival’s main hub, where people can come to relax and socialise, have a browse of their festival programme and grab a coffee or a cocktail while they kick back to some banging DJ sets and a sprinkling of live solo artists. Sets will come from Tru Thoughts Records (Friday), Gearbox Records (Saturday), and Wah Wah 45s (Sunday), while Isobella Burnham and Dele Sosimi (live PA) will be adding a live element to the venue’s programme – all free entry!

Whilst located at The Truman Brewery, the festival’s stages and line-ups are hosted by some of the most important venues in East London including Ninety One Living Room, Werkhaus, Cafe 1001 and Juju’s Bar & Stage, as well as renowned musical institution Rough Trade East.

In addition to new DJ line-up announcements, the festival has also announced details of a warm-up event, which is due to take place at Rough Trade East on Thursday 21st April. The event will see Judi Jackson perform live, as well as hosting a signing in celebration of her recent album “Grace” – Full details are HERE.

The rest of the Brick Lane Jazz Festival programme is as follows:

Tickets and more info are available at: https://www.bricklanejazzfestival.com/