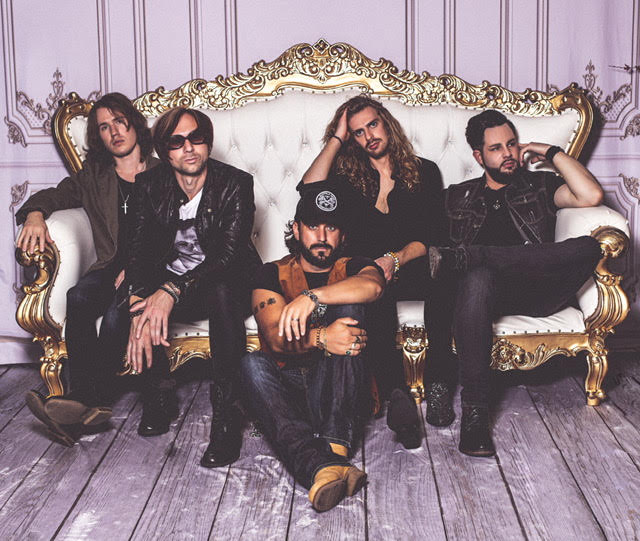 With a sound that is full of the best elements of American rock n’roll (Blue collar rock n’roll on steroids, to quote the band themselves), Ohio / Vegas natives LoveSick Radio are taking things to the next level with their brand new single I Need A Little. With roots in bluesy rock, but with a sound very much delivered with take no prisoners punk attitude, LoveSick Radio have a stadium level sound that will delight fans all across the rock spectrum.

With an opening riff that is one of the best rock intros you will hear all year, I Need A Little is a three minute rock n’roll salvo that will have you reaching for the repeat button time and again. Check out the lyric video for I Need A Little right now:

In addition to YouTube, you can enjoy I Need A Little on your digital music platform of choice on this link.

To learn a bit more behind the origins of I Need A Little, we will hand over to LoveSick Radio vocalist Troy Brown:

“The idea was to create a song that had a rock and roll swagger that felt so good you couldn’t help but transcend the past few years of isolation. Musically its a party…. lyrically it’s a cry for help, and in some ways, a call to action to get together and feel something real and alive….to move past the cold and calculated “virtual hugs” and just grab a drink with a friend.”

Guitarist David Harris also talks about how the band has progressed with their new single:

“To me “I Need A Little”, as well as our last few singles, feels like we are getting closer to our goal as a band & songwriters of bringing those timeless classic rock n’ roll elements we love so much in bands like The Rolling Stones, The Black Crowes, AC/DC & Tom Petty but put our own modern spin on that sound.”
LoveSick Radio are intending that I Need A Little builds on the success of their last single, Nothing Left To Lose, which achieved success on both sides of the Atlantic; It won Classic Rock Magazine’s track of the week award, and also featured on SiriusXM’s Underground Garage, among many other achievements.

Beyond the release of I Need A Little, the band are hard at work in the studio on a brand new full length album. LSR guitarist David Harris is overseeing production duties alongside two of the big names of rock album production: Kevin Shirley (who has worked with Aerosmith, Rush, Iron Maiden, Joe Bonamassa) and Joe Viers (Twenty One Pilots, Bobaflex).

The band also hope to announce some new live dates soon – so watch this space.