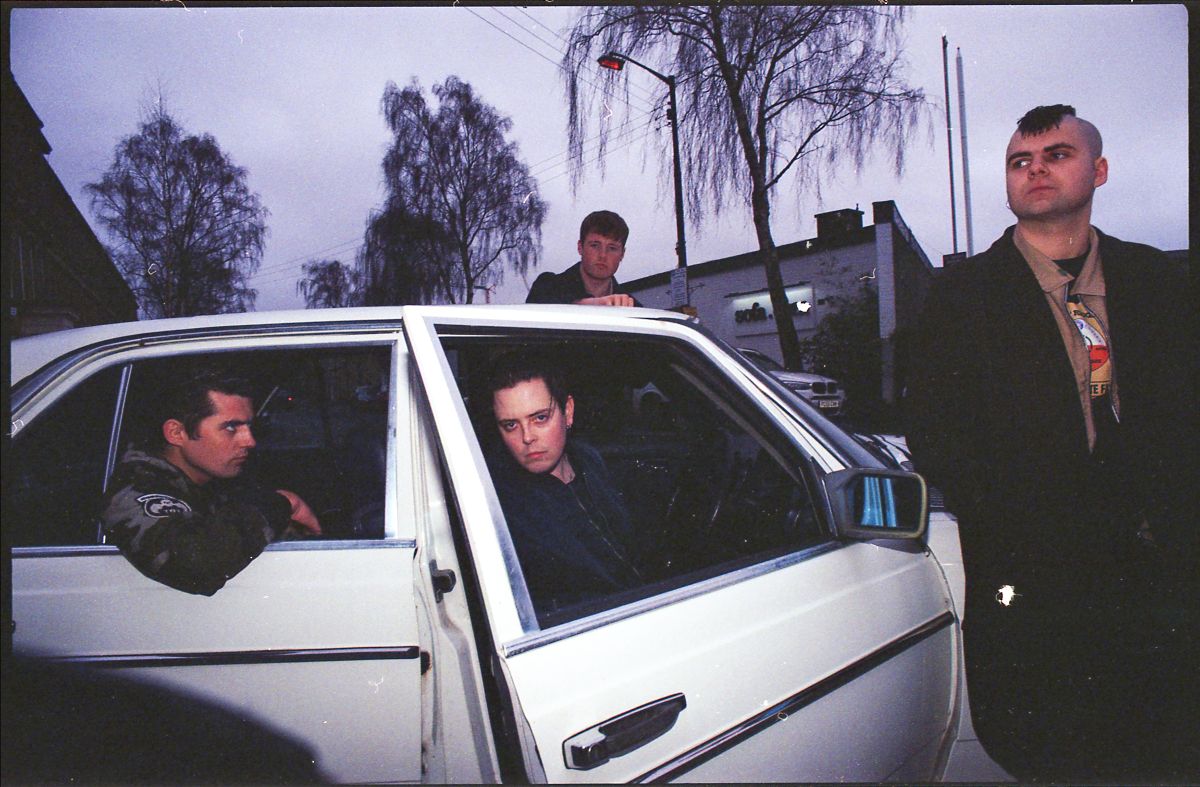 Baby Strange today announce their second album ‘World Below’ will be out 17 June via Icons Creating Evil Art. There is an underlying rawness to the energy sewn deep into the fabric of Glasgow that the band have harnessed with an unrelenting force within the album’s ten tracks. Written as a reaction to how the pandemic has played havoc with mental health, the increasingly visible class divide and the meteoric rise of food banks across the country, ‘World Below’ is an album that explores the paradox of the topics set out within. It’s a narrative on the seemingly alternate universe we suddenly find ourselves living in, which has in fact become our new reality.

Vocalist and guitarist Johnny Madden explains where Baby Strange were at and the headspace in which ‘World Below’ was conceived: “Since the release of our debut album we’ve had a lot of ups and downs as a band. The highs were unbelievable and the lows were some of the darkest we’ve ever encountered. There was actually a time where we never thought we’d release another album.

When the pandemic hit, we took a step back and looked at where we were at. As with every band, it was difficult not having the release of live music, we were all struggling with our mental health on personal levels and we started to feel defeated.

But, being from Glasgow, we never shy away from a fight, so we got up and started writing again. We booked a few weeks in a writing house out in the middle of nowhere and spent time working on rhythms and new sounds that were fitting to where we’re at in 2022.

The result is ‘World Below’, a record that’s bursting with energy & emotion.

We are so proud of it. It’s exactly what we set out to create, an exciting, honest album that feels brave and bold all at the same time. The new era is here and we can’t wait for people to come along for the ride with us.”

The announcement comes with the release of Baby Strange’s darkly haunting new single ‘Only Feel It When I’m With You’, which features guest vocals from Hayley Mary of celebrated Australian indie rock band The Jezabels. A creative departure from the band’s signature sound, ‘Only Feel It When I’m With You’ builds upon the new textures and sounds recently delivered with the surprise drop of taster single ‘Midnight’ on New Years Eve and its anthemic follow up ‘Under The Surface’ at the end of January.

The new single’s slower tempo, mesmerising melody and melancholic vocal delivery from both Johnny and Hayley alike make it one of the most daringly beautiful tracks Baby Strange have released to date.

Speaking on the collaboration, Hayley says: “I met the Baby Strange lads at the Priory in Glasgow. Loved their vibe and we hit it off straight away. There’s a great little rock scene bubbling in that city that I’ve missed while I’ve not been able to get there, so I’m incredibly stoked to be part of this track and stay connected with them in a musical way. It’s a killer and I look forward to coming and playing it live with them sometime in the near future.” Madden adds: “This is one of the most exciting singles we’ve ever released as a band. Writing it took us completely out of our comfort zone and pushed us into a new territory as writers and players. We’ve never had a featured vocalist on a track before, but knew right away that it had to be Hayley. The song just lends itself perfectly to her vocal style. We’ve known Hayley for a long time so being able to work together on this was so exciting.”

The artwork and visuals connected to the single follow on from the series of recent releases, exploring an alternative world that offers an insight into the bitter promises of late stage capitalism. Brought to life by Glasgow-based visual animator Bovine, the artwork itself has become a talking point.

Baby Strange have also announced a clutch of headline dates across the UK in May where you’ll be able to catch their unbridled energy in the flesh.