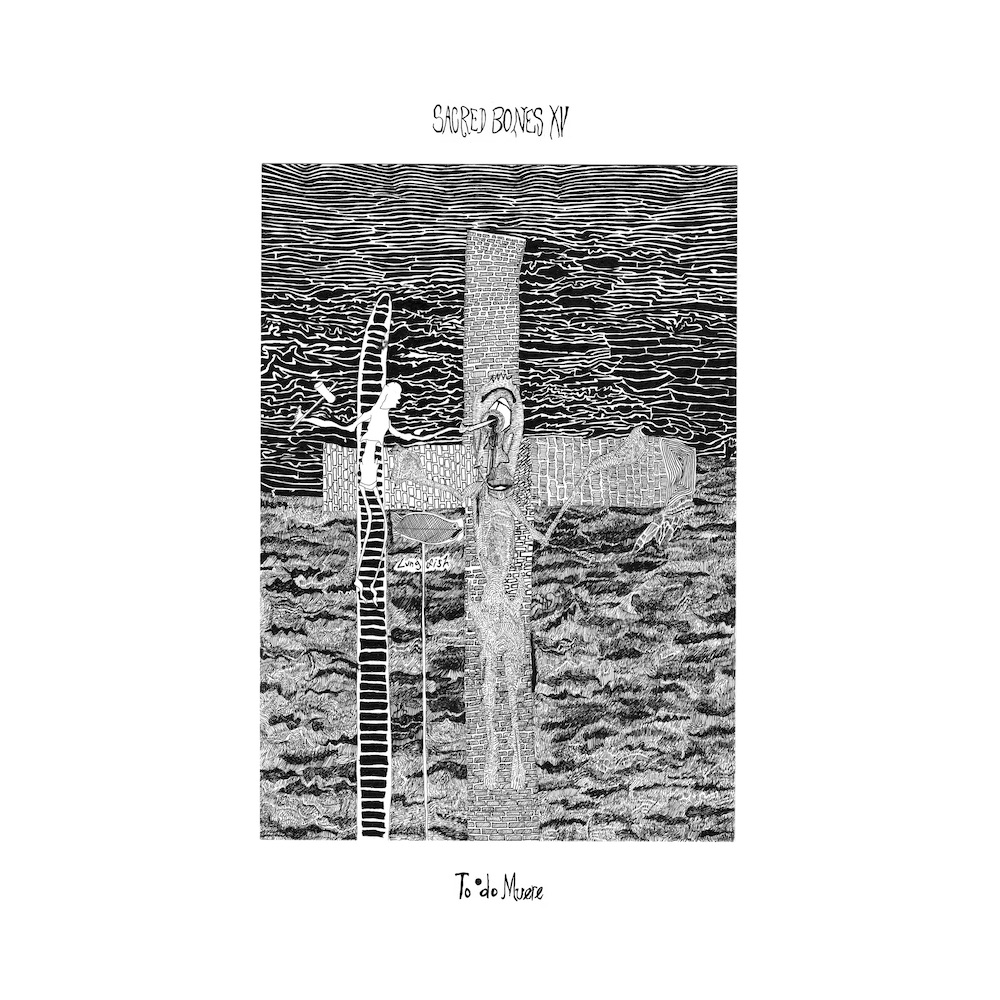 The new ‘Todo Muere SBXV’ compilation commemorates the 15th anniversary of Sacred Bones Records, and is due for release on May 27, 2022. It celebrates the eclectic threads that the label has cultivated over these past 15 years by asking artists on the label to cover one another’s songs. It’s an exhilarating, adventurous collection that emphasizes the spiritual unity of the roster. Listening to Todo Muere SBXV feels like sitting down to dinner with a large, unruly, loving family.

Today, two more tracks have been made available from the compilation: Boris has put their own expansive, crashing stamp on “Funnel Of Love,” honoring the Sqürl rendition that appeared on the soundtrack for 2013’s Jim Jarmusch-helmed Only Lovers Left Alive; the song was famously recorded by Wanda Jackson in 1960 and originally released the following year. Thou, Mizmor, and Emma Ruth Rundle joined forces for a wondrously heavy, guttural reinvention of “Night” originally by Zola Jesus, from 2010’s Stridulum EP.

Admiration and fandom were recurring themes for artists who recorded songs for the comp. Thou singer Bryan Funck shares: “Before I knew about Sacred Bones, I was a huge fan of Zola Jesus,” adding “her music was my entry ticket to becoming a fan of the label.”

On their cover of “Funnel of Love”, Boris comment: “We strived to reimagine this great rock classic and share its beauty with a new audience through a fresh interpretation.”

In March two singles from ‘Todo Muere SBXV’ were made available: Marissa Nadler’s palpably shivering rendition of “Cold Wind Blowin‘” originally by David Lynch (from 2013’s The Big Dream), and a propulsive interpretation of Zola Jesus‘ anthemic “I Can’t Stand” (from 2010’s Stridulum EP) by post-punk outfit The Hunt (whose “1000 Nights” 7″ was notably the first-ever release from the label in 2007, when it was still called Monster Squad Records before changing names to Sacred Bones Records for its second release moving forward. The Hunt’s founders Jasper McGandy and Christian Kount went on to join Cult of Youth).

Sacred Bones will also celebrate their 15th anniversary as a label with a live event in NYC at the Knockdown Center on May 28th, featuring sets by artists on the Sacred Bones roster including Black Marble, Anika, SPELLING, Uniform, The Men, SQÜRL, and LD Deutsch, a Sacred Bones essayist, presenting a lecture on the kaleidoscopic nature of Time.

“When I was young, I was really into making mixtapes,” says Sacred Bones founder Caleb Braaten. “I loved figuring out a way to put John Coltrane and Subhumans on the same side of the tape. I love being able to find that through line. I think that I’ve taken a very similar approach when thinking about the artists on the label.”

Braaten started Sacred Bones back in 2007, and at first, his only ambition was to release 7-inches for his friends’ bands. Label headquarters was the dank, dark basement of Williamsburg’s Academy Records. There was no internet connection. Braaten was a veteran of the record store world, so he knew more than a little about selling records, but there wasn’t a five-year plan for the label—let alone a 15-year plan. Long before it was a business, it was a passion project, fuelled by Braaten’s voracious music fandom. The curatorial vision, still the hallmark of Sacred Bones, was in place from the very beginning.

It’s impossible to neatly summarize the catalogue of Sacred Bones Records. That hasn’t stopped people from trying. In the indie label’s 15 years of existence, it’s been tagged with a litany of shorthand descriptions, but it’s shrugged each one off like a too-large overcoat. Does it represent Brooklyn DIY? Sure, it emerged from that world, but it quickly expanded outward. Is it a goth label? Not really, though the dark imagery of some of its early catalogue convinced some corners of the music press that it was. A soundtrack label? No, it just happens to have released a long list of essential soundtracks, from Eraserhead to Halloween to Parasite. A reissue label? It’s helped amplify the voices of countless underappreciated artists of yesteryear, but no, its primary focus is still on the future. Is it a metal label, a psych label, a folk label? No, but it does boast artists on the cutting edge of all those genres. Pick five acts from the Sacred Bones roster at random and you’re likely to find five different sounds, from five different scenes, pointed in five different creative directions. Yet they’ll all make sense together, even if it’s not immediately evident why. That’s the power of curation.