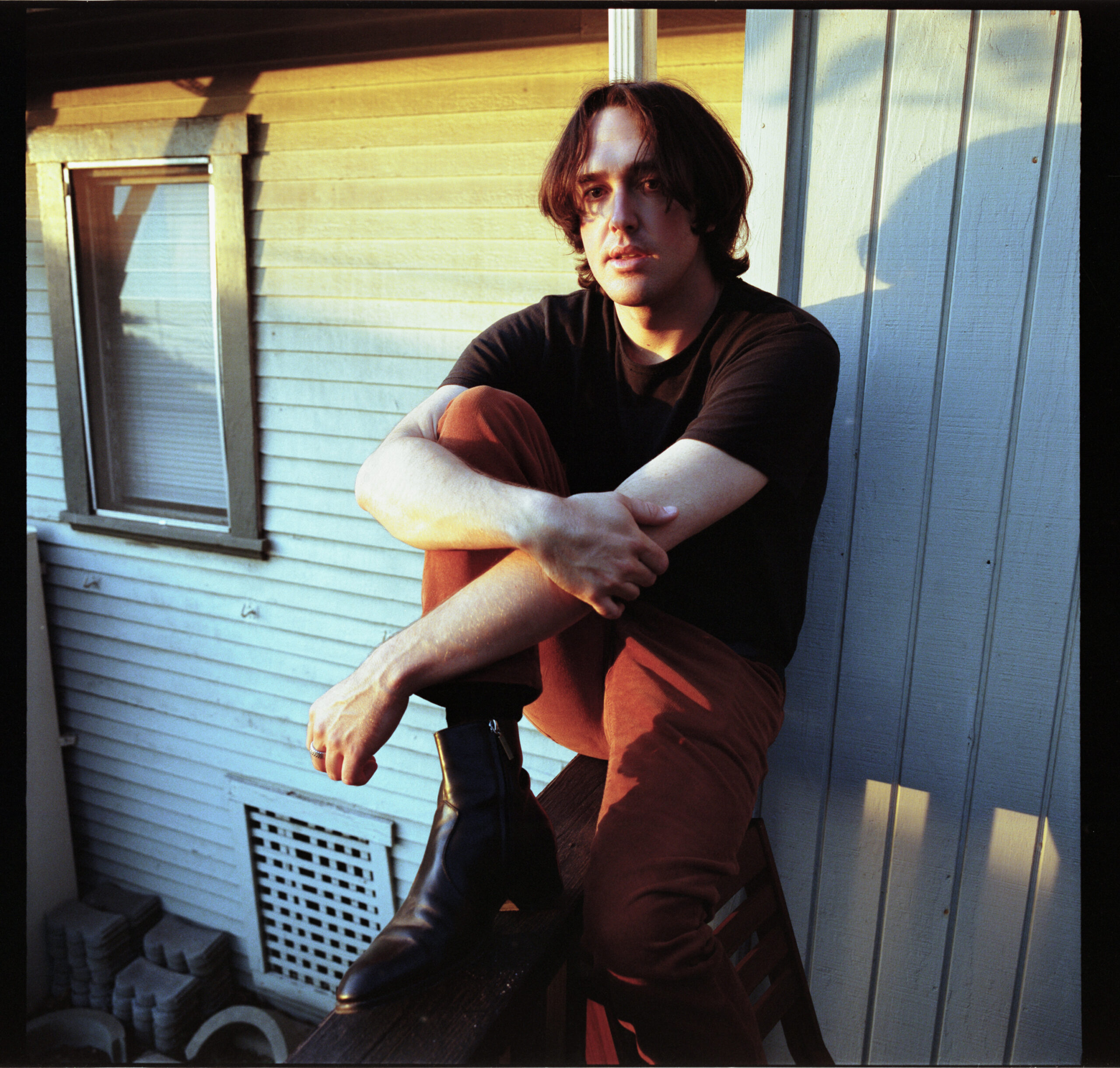 Launder’s John Cudlip, is a student of the sound — melodic, textured guitar music — and a believer that, when honest and real, it can enthrall and facilitate catharsis.

After nearly three years, sixty demos and signing to Ghostly, he returns with new music as well as announcing his debut album Happening out 15th July 2022. Pre-order here.

His two new singles are both co-written with DIIV’s Zachary Cole and Colin Caulfield: ‘Unwound’ the album’s opener and self-deemed arena rock, is built on soaring, cheery hooks which contrast Cudlip’s darker lyrics about a character struggling with addiction; “I’m half asleep, quickly fading, From your street, into the pavement”.

Also released is ‘Chipper’, one of the shortest and sweetest songs on the album that channels woozy downcast guitar phrasing with clear-eyed pop directness. Its succinct structure attests to both brash confidence and an aloof curtness. It is a love song written with smite, an indictment of fleeting lust.

The past few years Cudlip has fully immersed himself into writing and arranging an overflow of ideas. While embracing sobriety, he redirected his once-destructive addictive tendencies into studio craft — all his thoughts and resources lobbed into gear, every lyric, buzz, hiss, and hum of this record became his entire world. The resulting set sprawls across a double LP release; it’s a considered beast of a debut and he’s proud of it, living with it, finally. Through its 13 songs, Happening is timeless, grappling with something bigger than just melody, the cathartic and the tender, indebted to indie rock greats while informed by modern and prudent self-reflection.

“I feel like I’ve evolved into a much more self-reliant writer compared to the EP and 7-inch releases but I couldn’t have made this record without the band,” Cudlip reveals. “The songs came to life in the rehearsal space with them, it was like a light switch went on.”

Where debuts often feel full of rough-hewn potential, Launder has crafted a deeply honed collection that is happening right now. A process-oriented album, the work of a person maturing with their art, the sound of a songwriter pushing through their limits with thrilling and anthemic outcomes.