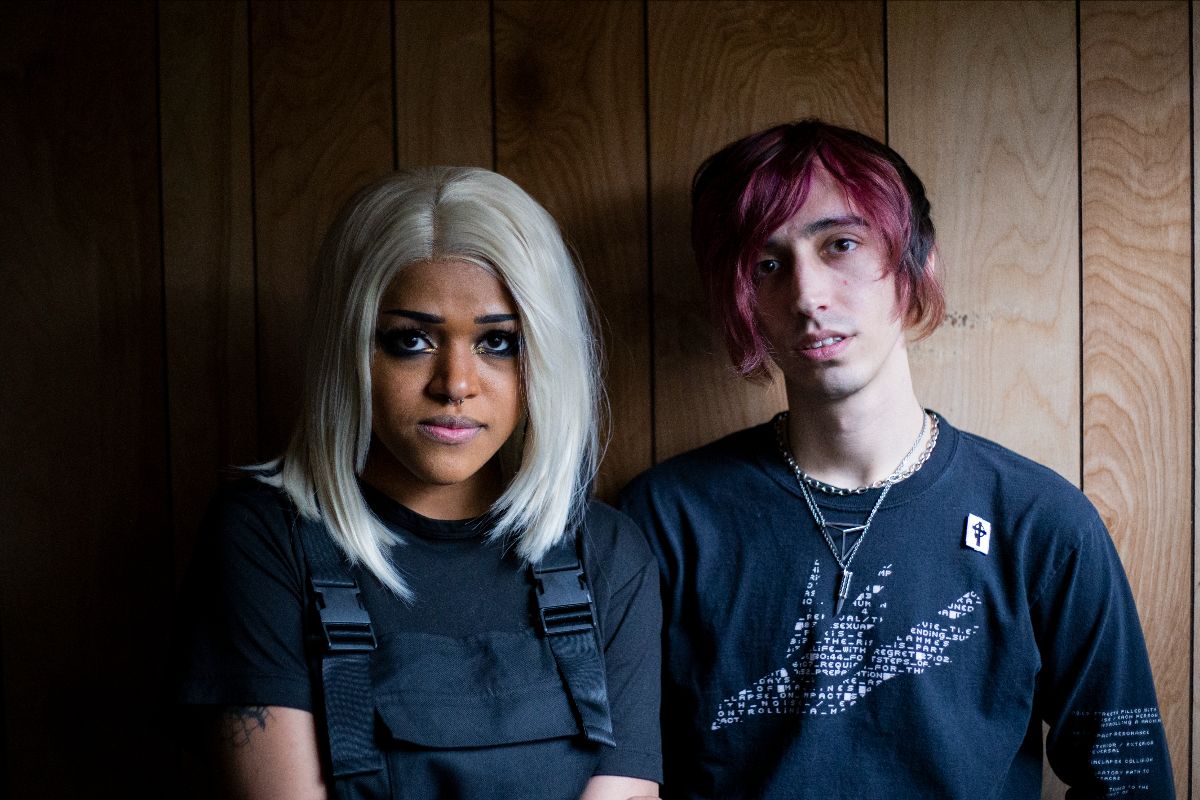 GILT delve further into their unique exploration of the dichotomy between brutally heavy music and ethereal melody with an impactful new track ‘Trophy Hunter’, out today. The journey of a composition features guest vocals from Nat Lacuna of The Holy Ghost Tabernacle Choir (who is also involved in capturing much of GILT’s imagery). An evocative music video has been released alongside the track to add a visual element to match the music’s intensity. ‘Trophy Hunter’ is the climax of GILT’s forthcoming new EP ‘Conceit’ which is set for release 06 May via Smartpunk Records. The affecting ‘Amethyst’ (ft. Shaolin G of Unity TX) with its poetic, emotion-drenched, post-hardcore stylings was the first single to be revealed from the forthcoming collection and will open up the release.

“We probably spent as much time refining the time modulation noise at the start of Trophy Hunter as we did on any of the musical parts because this track is at the core of the rage-fit that is Conceit, and every part of it is made to keep the energy flowing in a different way from push-mosh to floor punching beats,” says guitarist and bassist Tyler Fieldhouse. Vocalist Ash Stixx continues “Nat (Lacuna – on guest vocals) did a beautiful job of embodying multiple voices and getting as close to actually using the word ‘gilt’ in a song as we’ve ever dared to come (“foil to the canvas”). ‘Trophy Hunter’ culminates all the previous ideas and coping mechanisms of ‘Conceit’ and actively taunts Death, begging to be the one taken instead of the ones we’ve lost. In a sort of stockholm way, ‘Trophy Hunter’ rebukes salvation and takes solace in living in the shadow of death and both fearing and courting it. We didn’t have any real uplifting message to present at the end of this like our previous work, but the story is still ongoing. We’re all still living in the wake of our pasts and the band will definitely have a lot more of this to tackle on further releases so we’re not tying it up with a bow. Sometimes you lose someone and you wish they had lost you instead. It’s not sensible or nice, it’s honestly pretty selfish and conceited. But it’s human.”

‘Conceit’ as a whole explores the topic of grief in its entirety. Each song features a guest vocalist – Kind Eyes, Syd Dolezal of Doll Skin and Carson Pace of Callous Daoboys also appear. It was recorded & mixed by Lee Dyess at Earthsound Studios and mastered by Matt Goings, with production consultation from Hansel Romero (Nightlife). “We’ve spent a lot of time as an emo band talking about grieving and addressing pain, but Conceit is the first material we’ve made since my father passed, and there’s simply no way for it to not be about that in almost every regard because it affects every part of my life,” explains Ash of the EP’s concept. “Each song is a vignette, a ‘conceit’ in the literary sense where one emotional reaction to death is explored, bolstered by guest vocalists who were each chosen for their ability to stretch our ideas beyond what we could physically do. The title is a double entendre, these are all poetic metaphors, but the feeling of righteous rage has never come through more and the marriage between those two in ‘Conceit’ is, to us, perfect.”

Having navigated topics of gender dysphoria, body dysmorphia, and mental health in their music, GILT are all about empowering their community. The band put together a livestream event during the pandemic – SnipFest – which raised money for gender-affirming legal name changes for people across the US. Born in 2018, SnipFest’s first incarnation raised money for the top surgery of a friend of the band. Though GILT have been a band since 2017, their 2021 EP ‘In Windows, Through Mirrors’ was an introduction to their new direction with drummer Ash Stixx stepping up to vocal duties with finesse.

GILT kicked off 2022 playing shows with Sarah and the Safe Word. They’re also lined up to support Mannequin Pussy in Florida in May and they’ll be headlining across the US, Europe and the UK off the back of their new EP.