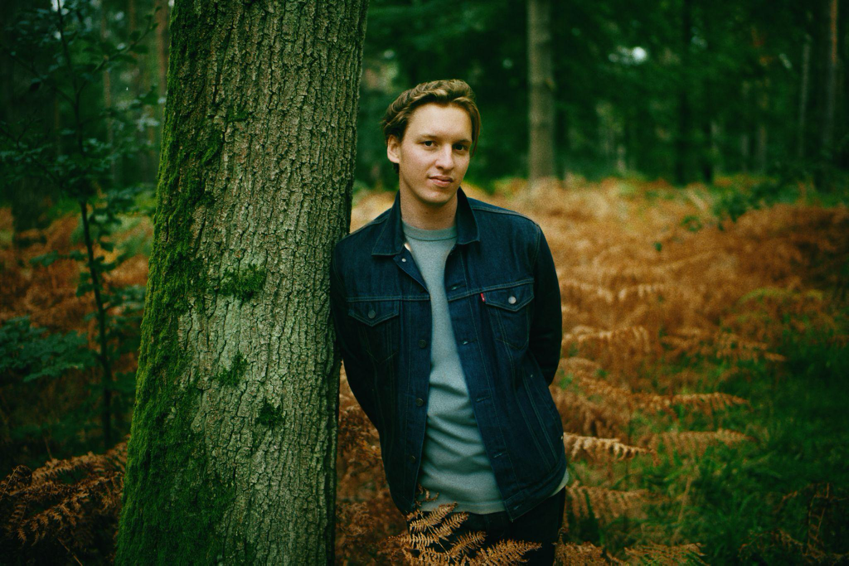 ‘Green Green Grass’ is an irresistibly joyful song about making the best of things, even when it might feel like the worst of things are afoot: “Green green grass, blue blue sky, you better throw a party on the day that I die.”

“I was on holiday in St Lucia with a few friends at Christmas 2018, with two of my closest mates from home,” explains George. “We were in this beach bar, drinking homemade rum punch and Piton, the local lager, flip-flopping between the two, pissing about with three local guys who worked there. And this music started up, three streets back from the sea.

“After about half an hour, I had to go see what it was. And there was a street party going on, with three different sound systems, people cooking in the street. I asked a woman what was going on and she told me it was a funeral – for three people. They were celebrating three lives! I thought: that is not how we do this at home. And it’s really beautiful.”

‘Green Green Grass’ follows the euphoric first single and album opener ‘Anyone For You,’ which continues to climb the UK Official Singles Chart and is the number one song at UK radio, with A-list rotation across all major stations.

George debuted both songs to a rapturous reception at his recent intimate gigs in London, Manchester and Edinburgh – shows praised as “a joyous singalong that was impossible to resist” (5*, The Telegraph), “blazing sunshine tempered by subtle shadow” (4*, Evening Standard) and a set filled with “hooks so plentiful he could go long-line fishing with them” (4*, The Guardian).

“The Gold Rush Kid? That’s me,” says George, reflecting on the title of his third record – a 12-strong suite of marvellous, transporting, elevational songs, that more than anything “sound like me. That’s what ties them together.”

After two blockbuster albums – Wanted On Voyage (2014) and Staying At Tamara’s (2018), both of which reached number 1 in the UK and sold millions around the world, and the latter of which earned him his first number 1 single in ‘Shotgun’ and won him the 2019 Brit Award for British Male Solo Artist – it was time to return to heart and hearth, with an album written and produced entirely in London with longstanding collaborator Joel Pott.

Following the release of Gold Rush Kid, Ezra will play his biggest headline show to date, a special all day event at London’s Finsbury Park on 17 July 2022. Joining George at his first live show in almost three years, presented by Festival Republic, will be special guests Blossoms, Holly Humberstone, Mimi Webb, The Big Moon, Mychelle and the London International Gospel Choir. Tickets are available via Ticketmaster.

He today announces a full nationwide UK arena tour to follow in September and October, beginning at Liverpool M&S Bank Arena on 13 September and taking in 11 shows, finishing at Sheffield Utilita Arena on 2 October. Fans who pre-order Gold Rush Kid before 3pm on Tuesday 26 April can access tickets via exclusive pre-sale, before they go on general sale at 10am, Friday 29 April via Ticketmaster.

Alongside the tour announcement, George has partnered with YouTube Music to be their Sustainability Partner for 2022. He says: “I am conscious that creating, touring and promoting a record has an impact on the environment, so I am delighted to announce I will be working with YouTube Music as their Sustainability Partner for 2022. They have very generously provided a significant financial contribution to support a cause of my choosing; this is going to be The National Trust, who are working hard to reverse the decline in nature and reduce the impact of climate change by planting trees and restoring landscapes. Together, we’ll directly use this money to plant 17,000 trees across the UK.”

The National Trust has committed to planting or establishing 20 million trees covering an area the size of Birmingham as part of their plan to become net zero by 2030. The carbon benefits from the 17,000 trees will go towards the charity’s own net zero ambitions.

National Trust Director General Hilary McGrady said: “We are enormously grateful to George for this donation, and it serves as an important reminder that only by a collective will and everyone playing their part will we help reverse some of the impacts of climate change and help the nation to reach net zero.

“This gift represents an important step as part of our ambition to try and tackle the effects of climate change. We are planting the trees in the right places to maximise the impact they will have in locking in carbon.”

YouTube Music is a music app made for music listening, on top of the magic of YouTube: making the world of music easier to explore and more personalised than ever.  Whether you want to listen, watch or discover – all the ways music moves you can be found in one place – not just music videos, but official albums, singles, remixes, live performances, covers and hard-to-find music you can only get on YouTube.