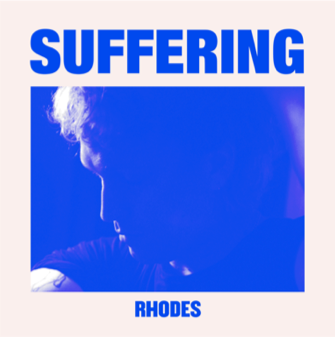 On ‘Suffering’, RHODES said: “This song is about the fear of causing suffering to the people you love and being afraid you might lose those closest to you. I wrote it during a dark period where I was struggling with the uncertainty of life and turning to drink and drugs to get through depression and anxiety. I had a realisation that I needed to change so my actions would no longer affect those closest to me. I wrote it with Rich Cooper after a very open and frank discussion about me thinking I was wrecking everything around me. A lot of the songs including this one are born from night thoughts and the anxieties that keep you awake at night.”

‘Suffering’ is the second release from RHODES’ upcoming album, a collection of highly personal and emotive tracks, due later this year. After taking a step back and going through what he describes as a transformative period, both professionally and personally, he turned to writing and recording during lockdown alongside producers Rich Cooper and Ash Workman (Christine and the Queens, Metronomy). The upcoming album will be RHODES’ first since acclaimed 2015 debut Wishes, which included the hit single ‘Let It All Go’, a duet with Birdy which has now amassed over 177 million Spotify streams. With over 1.8million monthly Spotify listeners, RHODES is revived and ready to share tales of love, loss, friendship & hope.