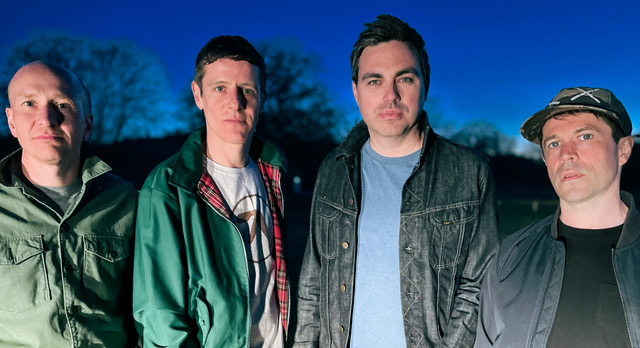 Hard-Fi have announced they will play their first live show since 2014. The band will return to the stage on 1 October 2022 at the O2 Forum, Kentish Town London. Tickets for this standalone show will go on general sale on 29 April at 10am.

“It’s fair to say it’s been a while since we’ve all played together so we’re all really excited to be getting on stage again and seeing some of our incredible fans,” declared frontman and songwriter Richard Archer of Hard-Fi’s live return. “It’s a Saturday night so hopefully we can recapture the spirit of those gigs back in the day. We may even throw out one or two new numbers into the mix. The Forum is one the classic venues to play, so it’s going to be a special night for everyone.”

Support at the show will come from the band’s friend, Roots Manuva and Deemas i collaborator, Wrong Tom, who will be on the decks spinning a selection of prime cuts.

Fans have become particularly vocal in calling for a Hard-Fi live return via social media over the last few years. Not only did Archer’s solo livestream charity gig in lockdown tease the prospect as he performed the band’s debut album, Stars Of CCTV, in full, but the Staines-based group’s influence has increasingly being felt of late on a new generation of artists who also fuse dancefloor-friendly grooves and beats with words that candidly chart modern life.

In addition, supporters of Brentford FC were regularly regaled by the band’s 2005 single, Hard To Beat, as the team made its way up to the Premier League for the first time ever.

“It felt like the right time to get together and play our songs again,” explained Archer, who has not been idle in the intervening period, writing songs for various artists and his own band OffWorld. “Not only did people keep asking me when we were going to do a show, but I felt a lot of the things Hard-Fi did – both musically and lyrically – have really started to chime with what going on right now. That sense of wanting to come together again and have a good time as a collective or community has always part of what Hard-Fi is about.”

Making their debut with the Mercury Prize-nominated Stars Of CCTV in 2005, the four-piece proved progressive yet accessible, as with its tales of high street life, club-driven weekends and keeping your head above water on the breadline, the album yielded five top 40 singles. Stars Of CCTV itself reached No.1 and has since gone double platinum in the UK alone.

Still joint holders of the longest residency at O2 Academy Brixton (a record shared with the likes of Bob Dylan and The Clash) after the band performed at the landmark London venue for five nights straight in 2006, Hard-Fi’s shows were consistently praised by critics and gig-goers alike for living up to good times invoked by their anthemic single, Living For The Weekend. Their live return – on a weekend promises to be one of the live highlights of the year.