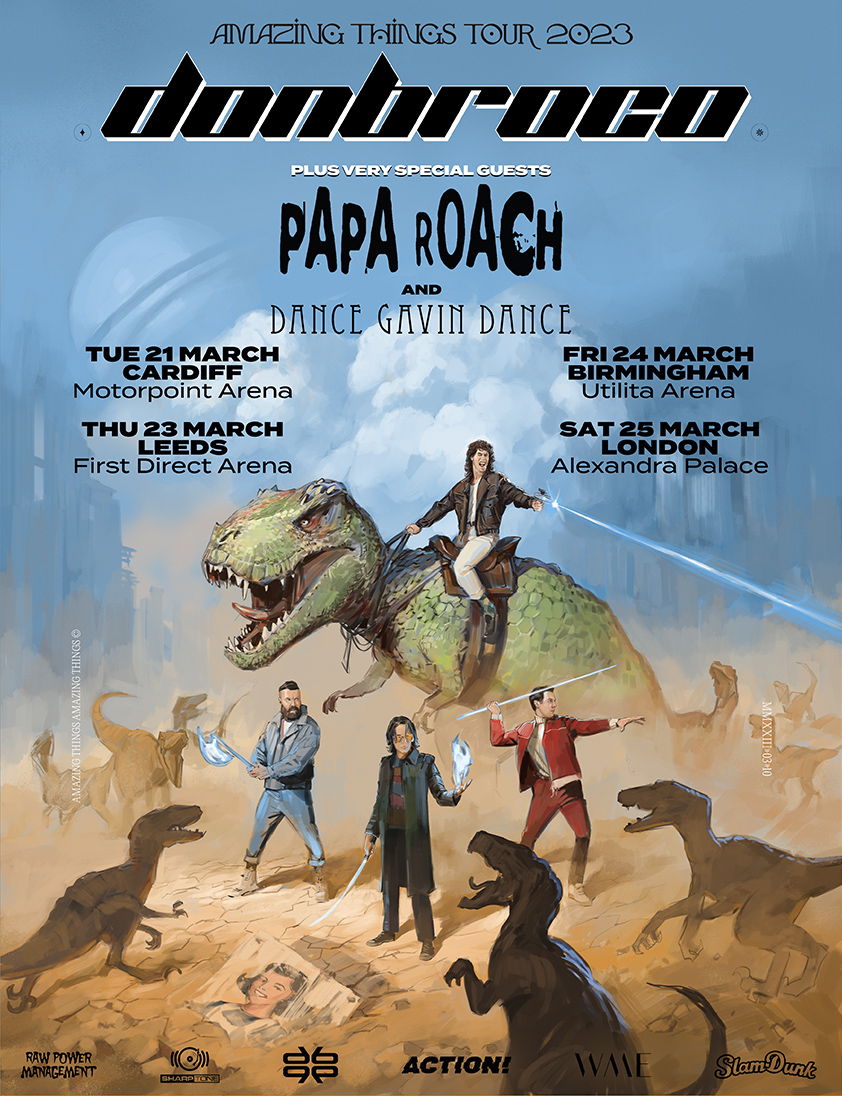 Regarding the tour Don Broco frontman Rob Damiani says, “Beyond pumped to announce the Amazing Things arena tour featuring a line up only the sweetest dreams are made of. There’s no two ways about it, we wouldn’t be the band we are today if it wasn’t for the legends that are Papa Roach so as you can imagine we’re super excited to have the guys out with us as well as our ridiculously talented friends Dance Gavin Dance. See you next year!”

Don Broco will be featuring their brand new single, ‘Fingernails’, alongside fan favourites and tracks from their No.1 album Amazing Things, which topped the UK Official Album Chart in February this year. The album became the band’s third consecutive UK Top 10 album release and features hit singles including the Radio 1 playlisted ‘One True Prince’.

Amazing Things saw Don Broco expand their sound further than ever before, creating a masterpiece melding electro, rock, pop, metal and more all wrapped up in their own unique blend.

‘Fingernails’ sees the band continue to expand their sonic horizons into uncharted territories once again to astonishing effect as they continue to prove just why they are one of the most important UK rock bands today.