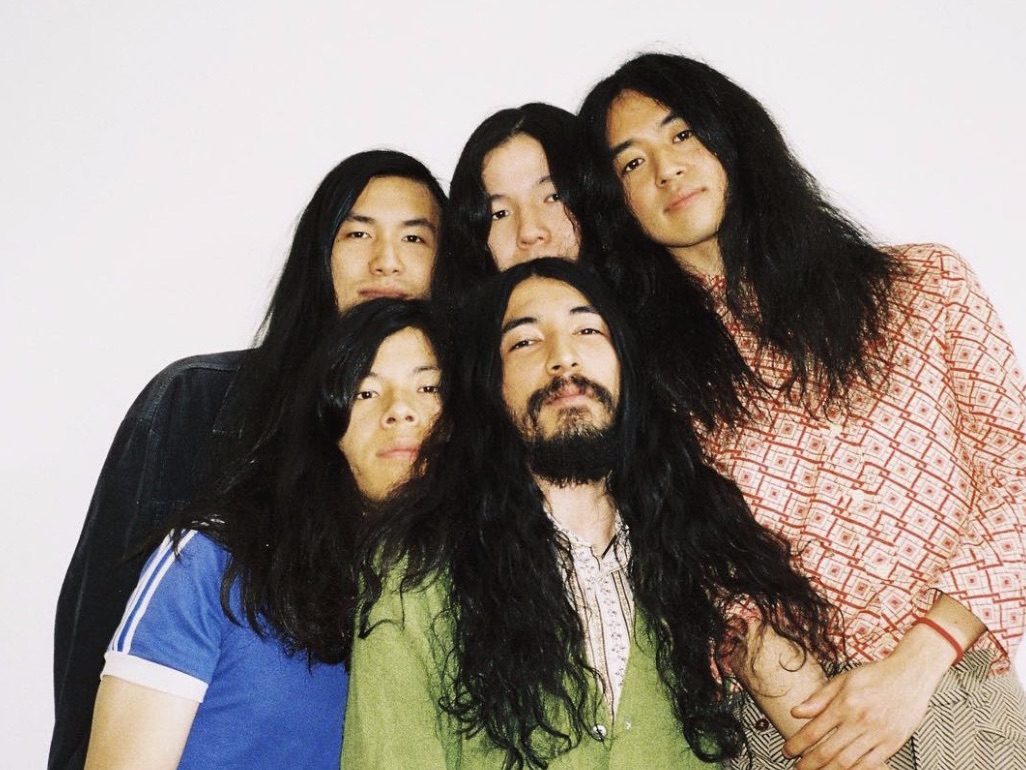 Earlier this year, along with extensive live dates across Europe and North America, Kikagaku Moyo announced the news that the tours will be their last before the band goes on indefinite hiatus (see statement here).

Following their recent video “Cardboard Pile“ and the news that they will release one final album, ‘Kumoyo Island’, the band have shared a second pre-release glimpse at the record, entitled “Gomugomu“.

The accompanying video was directed by Directed by Oya Yoshitsugu & Date Yuichi, who comment:

“The theme of our video is rebirth, from death to life. The story is based on the backwards reading of the Japanese 4-character idiom “Kacho-Fu-Fu-Getsu/月風鳥花” (Moon, Wind, Bird, and Flower). The regenerated lower half of the body (Kahanshin Kun) jumps out of the box and goes on a journey into the shifting world between the universe and other worlds. The story depicts a chaotic world where we do not know if there is any meaning or not. There is no right or wrong, real or fake, good or evil. LIFE GOES ON.”

‘Kumoyo Island’ will be released digitally on May 6th via the record label that the band run, Guruguru Brain. Physical edition will be available in North America on August 26th and Europe and the rest of the world on July 22nd, with a limited number available earlier at the band’s forthcoming live dates.

In many ways ‘Kumoyo Island’ represents the culmination of a journey for Kikagaku Moyo. While their decade-long career can be summarized as a series of kaleidoscopic explorations through lands and dimensions far and near, there’s a strong intention in each of their works to take the listener to a particular place, however real or abstract they may be. In that sense, the title and cover art for the band’s fifth and final album draws you into a magical mass of land surrounded by water—but the couch suggests that ‘Kumoyo Island’may not be a fleeting stop, but rather a place of respite, where one could pause and take it all in.