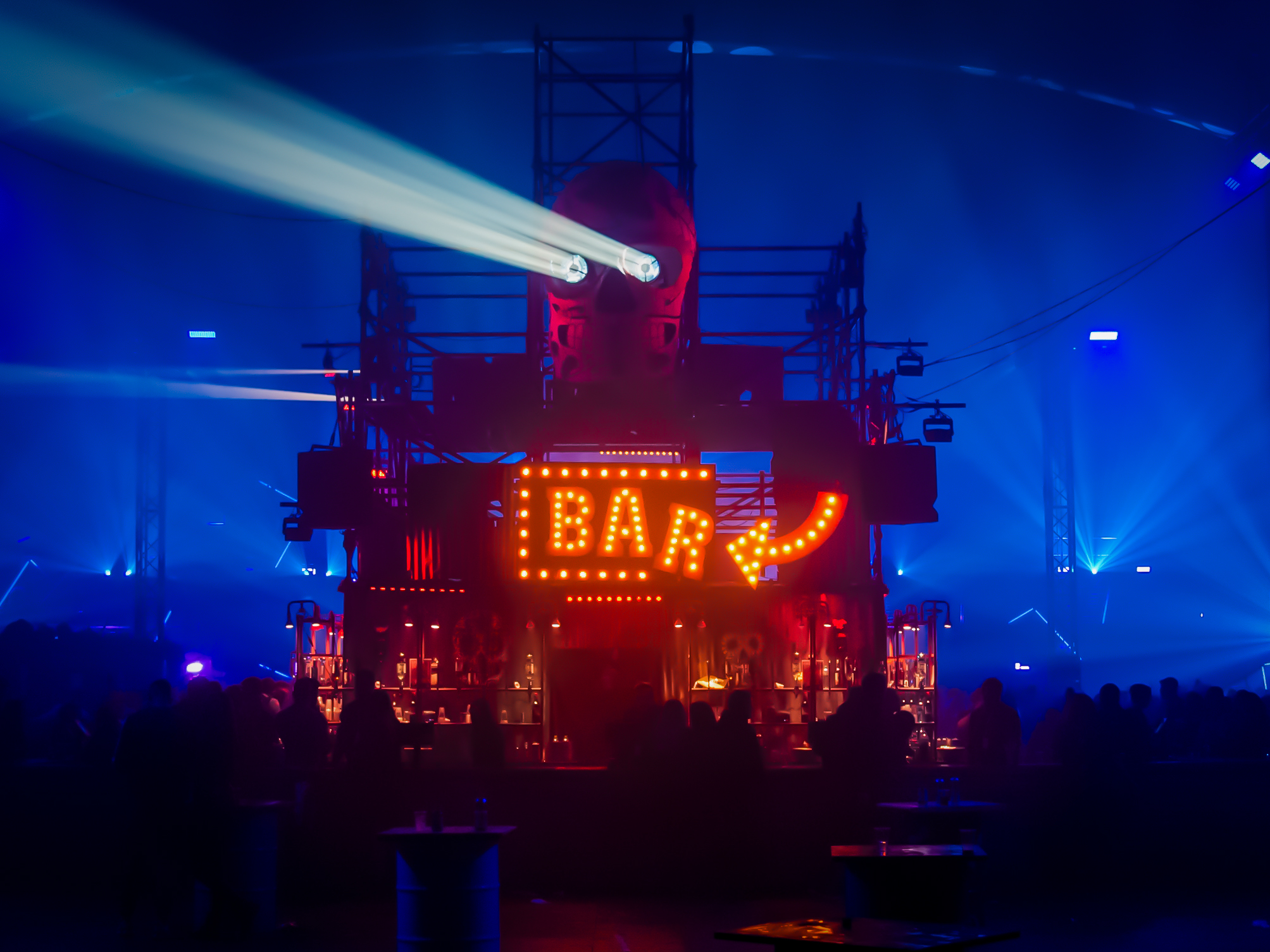 The Wombats Announced As Sunday Headliners For Halloween Town Festival

The Wombats have been announced as the Sunday headliners at the three-day Halloween Town Festival taking place at The Great Meadow in Bedford on 28th / 29th / 30th October. The much-loved indie band will take to the stage on the final night of the UK’s biggest Halloween event and are sure to deliver another unforgettable performance. With their recent album ‘Fix Yourself Not The World’ hitting no.1 in the UK album charts and a massive UK arena and European tour already underway this year, The Wombats just keep getting bigger. A headline set at Halloween Town Festival, on a custom-built, 3-storey, sugar skull-themed stage, with 40ft LED screen – amid spectacular, immersive Halloween entertainment – will be an unmissable experience for thousands of The Wombats’ fans. Tickets are on pre-sale from 10am Wednesday 11th May and on general sale from 10am Friday 13th May (from £37.50 + booking fee). Register for tickets at https://halloweentownfestival.com/TheWombats.

The Wombats burst onto the scene in 2007 with their first studio album ‘A Guide To Love, Loss & Desperation’ which peaked at no.11 in the UK albums chart while delivering seminal indie anthem ‘Let’s Dance To Joy Division’. More hits followed including the platinum-selling ‘Moving To New York’, ‘Tokyo (Vampires & Wolves)’ and ‘Jump Into The Fog’ as The Wombats landed 6 UK top 40 singles and 5 hit albums – the last 4 all reaching top 5 in the UK album charts. With a new generation discovering their music via TikTok, the band have now surpassed an amazing 1.5 billion streams of their music with over 4.5 million monthly listeners on Spotify and show no signs of slowing.

Matt, Dan and Tord – two scousers and a Norwegian – met as students at the Liverpool Institute of Performing Arts and have been honing their skills as musicians and songwriters ever since. Renowned live performers, the crowds at Halloween Town Festival can expect a set big enough to take the roof off the giant festival tent.

Halloween Town Festival launched last year and was an instant success, mixing huge headline music acts with an incredible immersive experience for 15,000 guests. Halloween Town is a custom-built production; a dystopian future where bizarre and scary performers roam and guests are encouraged to dress up to become part of the show. With Friday and Saturday headliners still to be announced, this year is going to be even bigger. Any time The Wombats take to the stage is a special event, but this one has the added excitement to ensure it will be talked about for a long time to come.
​
Event Details: The Wombats + Special Guests live at Halloween Town Festival | Bedford
Date: Sunday 30th October
Time: 17:00 – 22:30
Tickets: https://halloweentownfestival.com/TheWombats
Pre-sale from 10am Wednesday 11th May
On sale from 10am Friday 13th May
General Admission:  £37.50 + Booking Fee
VIP Upgrade: £90 + Booking Fee