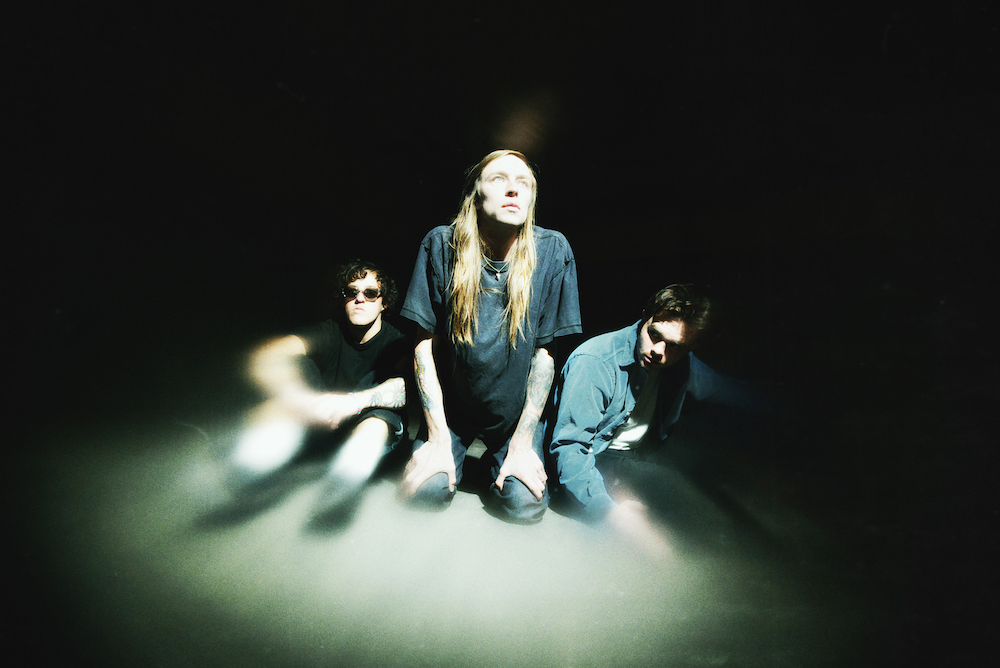 In pushing the limits of standard chaos, US band CANDY have been a transitory force within the hardcore music scene since their debut in 2017. Refusing to adhere to the paradigms and principles of hardcore, punk, metal, pop, or whatever genre the listener has tried to assign them; they’ve manufactured a space all their own.

Today they announce their highly anticipated second album and debut for Relapse Records, ‘Heaven Is Here’, due for release on June 24th. Known as much for their show-stopping live performances as their unique brand of hardcore, CANDY’s forthcoming10-track project was produced by extreme music powerhouse Arthur Rizk (Power Trip, Black Curse, Prurient) alongside CANDY guitarist Michael Quick. ‘Heaven Is Here’ showcases their uncanny power to shatter the limits of what is expected of metal, hardcore and punk.

In tandem with the album’s announcement, CANDY shares the lead single “Human Condition Above Human Opinion“ to introduce Heaven Is Here. The entirely digitally-rendered visual for the track was co-directed by Quick and digital artist Nikita Gorshkov, whose 3D art masterfully brings the song’s dystopian themes to life.

During the fall of 2017, Candy ushered its audience into their dystopian soundscape with the breakout 7″ ‘Candy Says’. Synthesizing global influences from across the punk/hardcore spectrum, from forefathers such as Bastard, Discharge, Cro-Mags, and Integrity, the group demonstrated their ability to match the energy of their inspirators while providing a uniquely visceral experience. Frontman Zak Quiram’s guttural bellows propelled with Michael Quick’s contemplative guitar work, we see all the working parts of a band hell bent on warping the reality of its listener. The use of chorus pedals over down-tuned guitars further affirms the saccharine & grotesque dichotomy that has become Candy’s calling card

Aligning with the esteemed engineer and producer Arthur Rizk, Candy achieved the type of artistry that transcends the confines of its own medium, with their first full-length record ‘Good to Feel.’ Noise and image bled together throughout the album’s brief but resounding 9 song tracklist. Lyrically, Quiram addressed the rampant environmental devastation, suicidal ideation, police violence, and corruption that plagues the news cycle, while fellow band members provided its soundtrack.