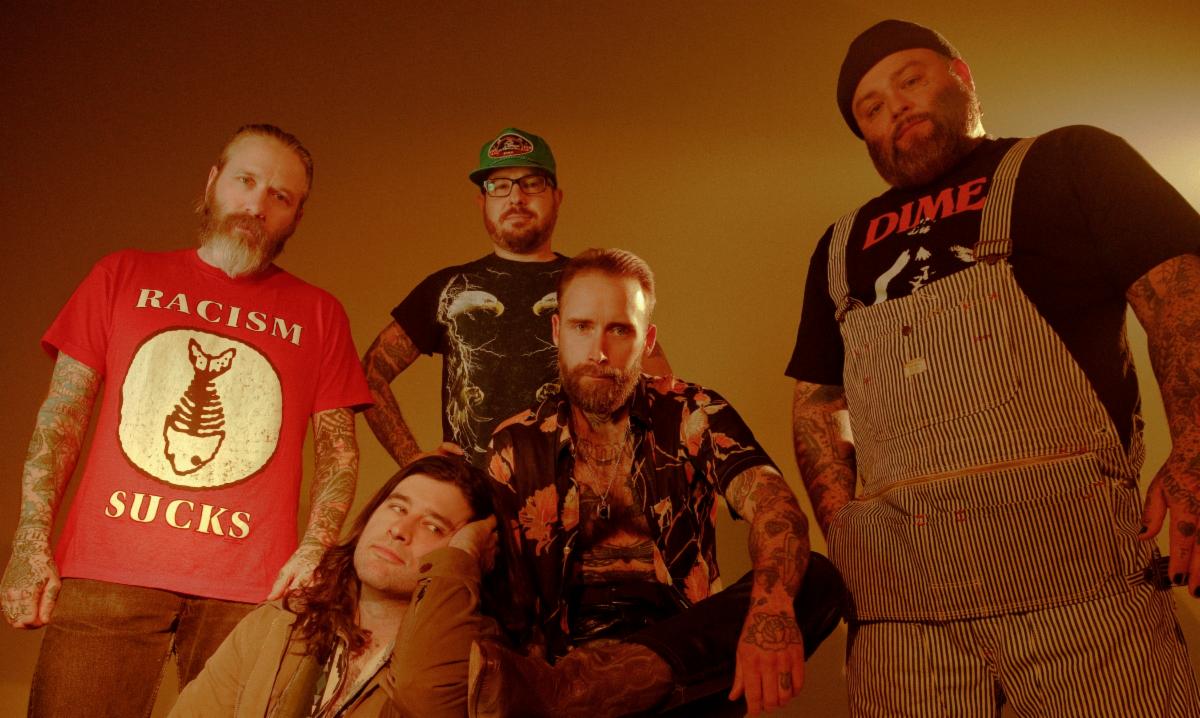 Today, ALEXISONFIRE unveil the latest single from Otherness, their first full-length album in over 13 years. “Sans Soleil” features earnest and deeply heartfelt lyrics penned by Wade MacNeil, with an impeccable vocal performance from Dallas Green. Says George Pettit, “Wade came in with the lyrics for this song around the same time he had been working on the Dooms Children record and I feel like it shows. The Dooms Children album touched on a lot of things extremely personal to Wade and this song is definitely in that vein.” MacNeil elaborates, “This song is about hanging onto hope during the heaviest times. Healing and letting go. Dreaming of a future where all this hurt is behind you.”

Fans can watch Dallas and Wade discussing the track in more detail, alongside some in-studio clips, HERE.

Otherness will be released on June 24 via Dine Alone Records. The album features 10 new songs including the explosive first single, “Sweet Dreams Of Otherness” and previously released “Reverse The Curse”. The album is produced by AOF and mixed by punk stalwart Jonah Falco (Fucked Up, Chubby and the Gang). Watch the video for “Sweet Dreams Of Otherness” directed by the inimitable actor/director Jay Baruchel (LOL: Last One Laughing Canada, Goon, This Is The End, Random Acts of Violence)

Act quick to snap up the few remaining physical variants on pre-order HERE. Each vinyl variant is 2×12” with a Gatefold jacket and printed inner sleeves.

Alexisonfire – alongside City and Colour, Dine Alone Records and Live Nation Canada – recently announced a must-see 4-day concert event that will take over Montebello Park in the band’s beloved hometown of St. Catharine’s from June 30 to July 3. In celebration of their 20th Anniversary, AOF will be giving fans a special treat. Today, the band announce they will perform their self-titled debut album front-to-back for the first time ever live on Sunday, July 3. This will be the only opportunity to catch Alexisonfire perform in Southern Ontario in 2022.

Tickets for the Born & Raised Concert Event are available via ticketmaster.ca. Alexisonfire and City and Colour have partnered with PLUS1 so that $1 from every ticket sold will be donated to the Indspire Building Brighter Futures Scholarship program.

Alexisonfire return to the UK in June to headline the Slam Dunk Festival.