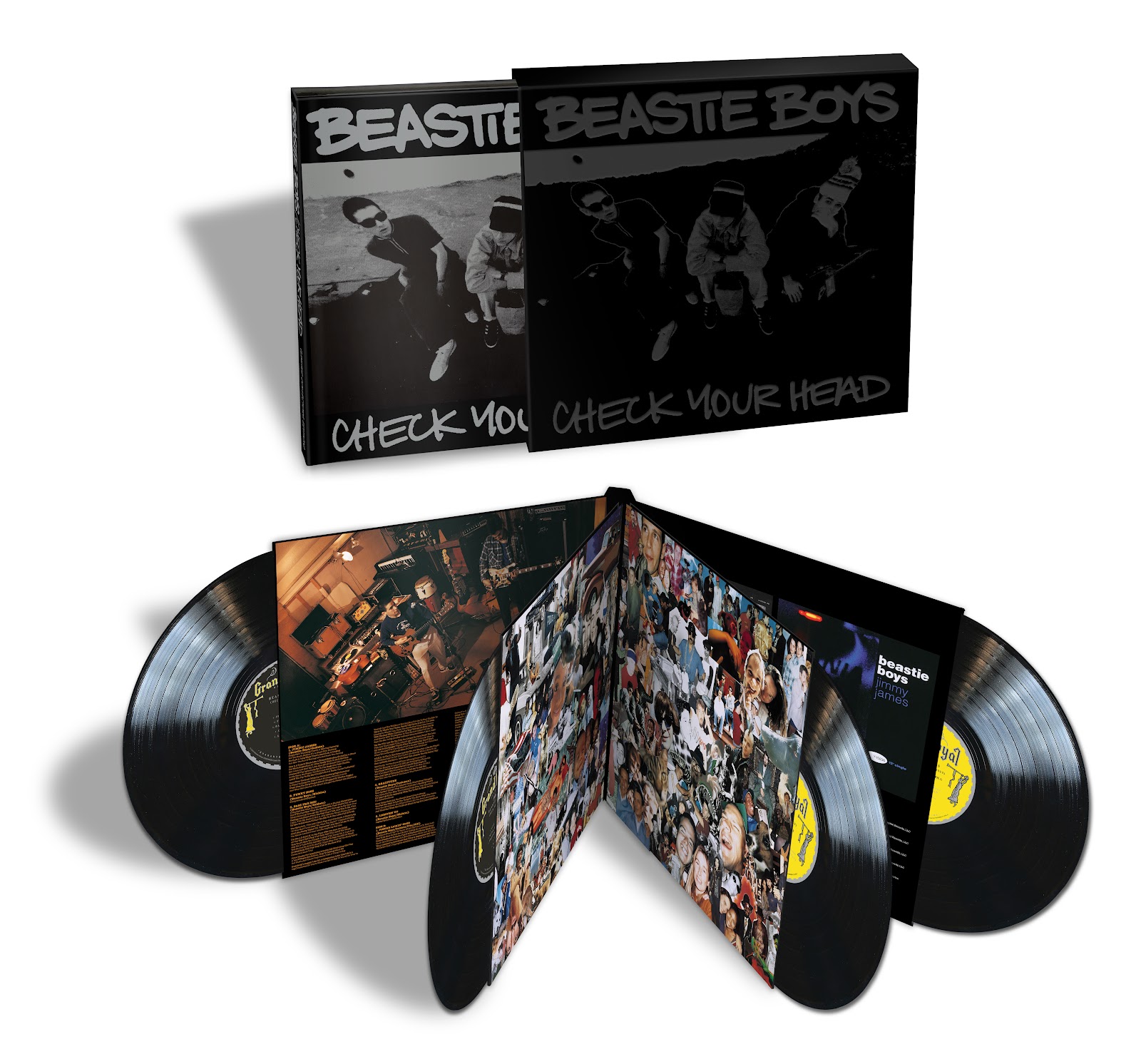 To celebrate the 30th anniversary of Beastie Boys’ multi-platinum album Check Your Head, on July 15, UMe will release a limited-edition reissue of the rare 4LP deluxe version of the album, originally released in 2009 as an artist store exclusive. The long out-of-print and much sought-after box set features the 2009 remaster of the original double album, plus two extra LPs of bonus content including remixes, live versions, and B-sides.

All four LPs are pressed on 180-gram vinyl and housed in a fabric wrapped, stamped, hardcover case. The Check Your Head 4LP box set can be purchased at participating independent retail outlets and will also be available to pre-order exclusively through the Beastie Boys online store, HERE.

Originally released in April 1992, Check Your Head was a milestone for Beastie Boys on multiple levels: It was their first album to be produced, in its entirety, by Beastie Boys with Mario Caldato Jr. and to feature keyboard player Keyboard Money Mark, as well as the first to be recorded at the band’s own G-Son studios in Atwater Village, CA. Most significantly, however, Check Your Head marked the return of live instrumentation to the forefront and backbone of the Beastie Boys sound, with the bulk of the album featuring Mike D on drums, Adrock on guitar and MCA on bass for the first time since the band’s early 1980s hardcore punk recordings.

Featuring the now-classic tracks “So What’cha Want,” “Pass The Mic,” “Gratitude” and “Jimmy James,” Check Your Head stormed the U.S. Top 10, ultimately returning Beastie Boys to hard-touring, platinum-selling status, and setting the band up for the pop cultural dominance it would achieve in the decade to come.

So What’ Cha Want

The Biz Vs The Nuge

Something’s Got To Give

Mark On The Bus

The Skills To Pay The Bills (Original Version)

Groove Holmes (Live Vs. The Biz)

So What’ Cha Want (All The Way Live Freestyle Version)