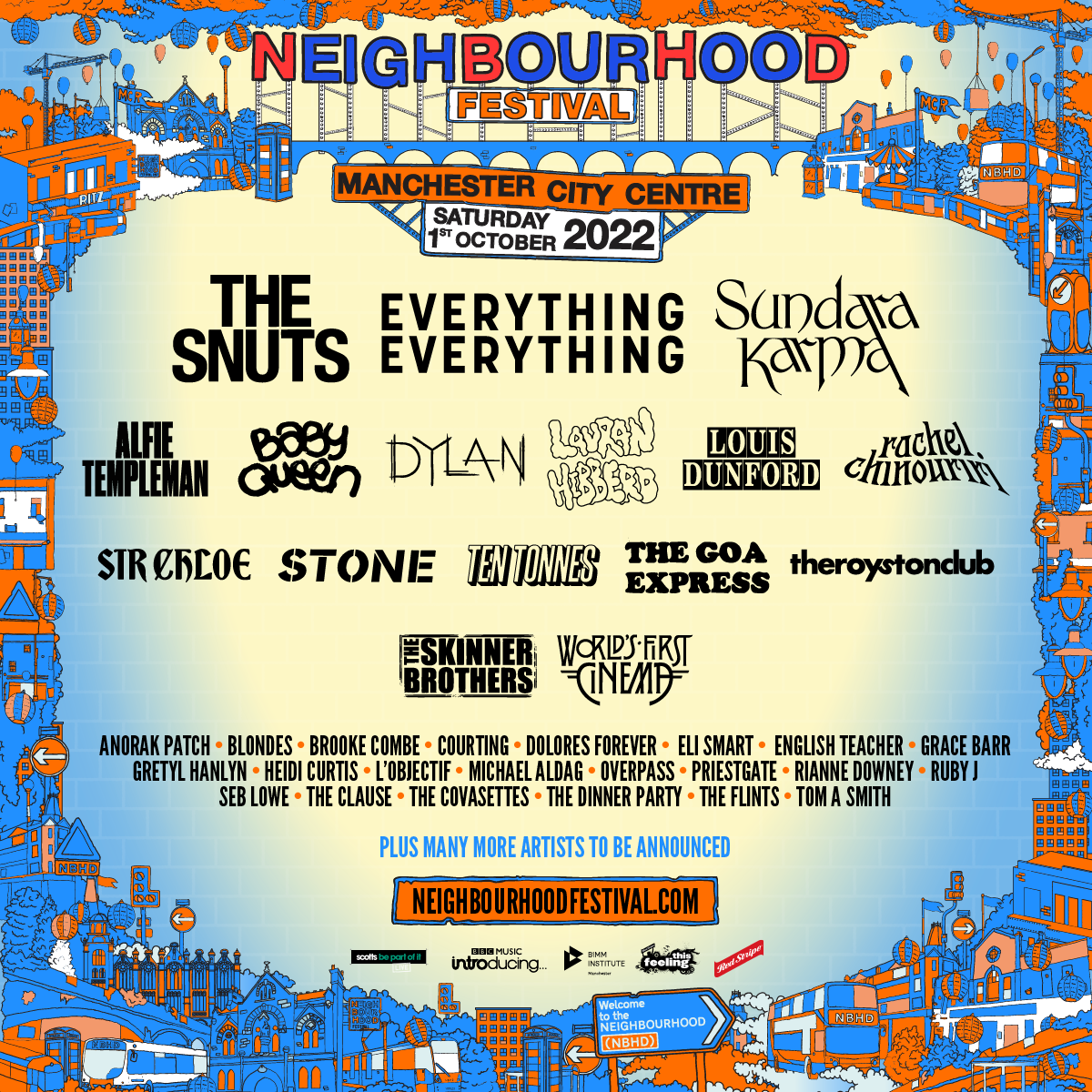 Manchester’s best and biggest multi-venue festival is back! Neighbourhood Festival will be taking over Manchester city centre on October 1st, with tickets on sale at 10am on Thursday 26th May from www.gigsandtours.com.

The event will be headlined by indie titans TheSnuts, local heroes EverythingEverything and alternative quartet SundaraKarma.

They will be joined by a host of emerging talent, including fast-rising newcomers AlfieTempleman, Baby Queen, RachelChinnouriri, Dylan, Royston Club, Louis Dunford, Lauran Hibberd and STONE, with many more acts still to be announced.

Launching in 2016, Neighbourhood Festival quickly established itself as the place to discover the next big thing. In the past, BRIT Award winners Sam Fender, Mabel and HollyHumberstone and established live favourites Yungblud, DeclanMcKenna, Mahalia and TheLathums have all performed.

Taking place across Manchester’s finest venues, all based within the city centre, Neighbourhood Festival returns to the Albert Hall, Gorilla, O2 Ritz and many more much-loved stages this October, with Bunny Jackson’s also joining the party for the first time.