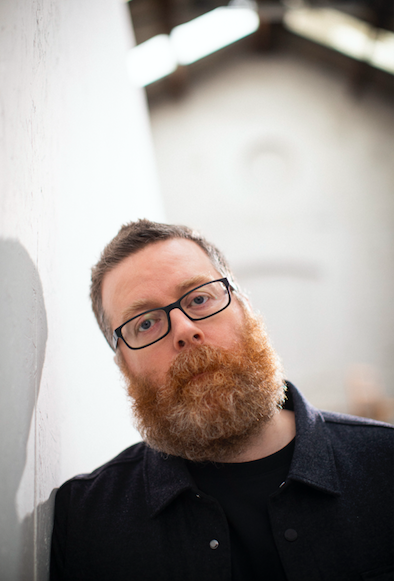 cinch presents Latitude favourite Reginald D Hunter returns to headline the festival.  More than 21 years after moving to the UK from the US, three-time Perrier Award nominated Reginald has forged a reputation for delivering unadulterated comedy of the highest order. His TV appearances include Live at the Apollo, Have I Got News for You And 8 Out of 10 Cats Does Countdown.  Unafraid to tackle head on the subjects the rest of us skirt around, Reginald is the voice of his generation – searingly honest, brutally funny and uniquely placed to commentate on the unfolding meltdown of life as we know it.

Notoriously controversial comedian, Frankie Boyle also returns to cinch presents Latitude with his devastatingly funny social commentary.  Boyle is renowned  for his shows New World Order (BBC2), Tramadol Nights (Ch4) and his best selling DVDs and Netflix Special. The Scottish comedy legend will be at the Edinburgh Festival this summer doing three weeks of stand up with new Fringe show  Lap of Shame.  The king of controversy  has built a career on presenting himself as an iconoclast and promises a set filled with politics and satire,  Latitude is an opportunity to catch him first at his miserable best.

The Listening Post, a whole stage dedicated to the world of literary, conversations and podcasts, welcomes broadcaster Shaun Keaveny, who brings his fantasy festival podcast to a real life festival. He’ll record a special episode to The Line Up at this year’s cinch presents Latitude asking a big name, who would play at your dream festival? Shaun Keaveny has got a lifetime of Latitude festival moments  to draw on as he guides a music-loving guest to share their 5 favourite acts and festival essentials.

Shaun said, “Many times I have ambled, shambled and rambled through the forest-y bits, into the wild open space toward the lake and off to the stages of the legendary Latitude festival in search of sustenance and entertainment. This year, I myself will be up there trying to tempt festival goers with a live version of my podcast The Line Up. No, no I CAN’T tell you who the VERY SPECIAL GUEST will be. Not because of an embargo, it’s because I haven’t organised it yet. But believe me, you will be BLOWN AWAY. Or at the very least quite impressed. See you there.”

Comedians Abigoliah Schamaun and Joe Wells also bring their new podcast Neurodivergent Moments to the festival. Abigoliah has a diagnosis of ADHD and Joe has an Autism diagnosis. At Latitude, they talk to other creative neurodivergent people about their experiences of having differently wired brains.

Adding to the fun, East London contemporary bingo masters Dabbers Social Bingo bring their explosive twist  on the beautiful game to cinch presents Latitude.  Hosted by the best comedians, performers and musicians in the country, Latitude attendees can expect huge prizes and a one off custom built ball machine that must be seen to be believed.

Audience members will also have the opportunity to encounter the AI Dream Machine, a project from  Sam Potter of cult band Late of the Pier. Sam will collect audience member dreams in the Faraway Forest during the weekend. Visit The Listening Post on Sunday to experience the results.  The Youth Climate Activists also join the bill, ready to meet audiences and empower them to take positive action for global climate justice.