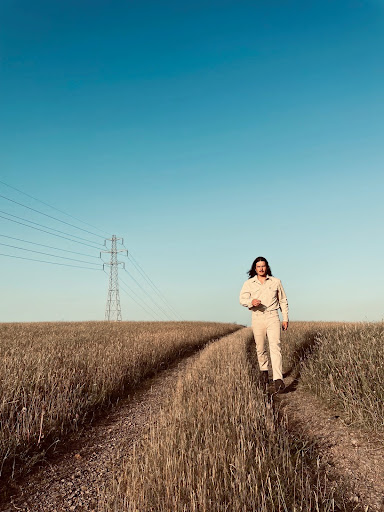 Offering up another canny curveball and adding another string to his increasingly diverse and genre-hopping bow, Tom Jenkins has served up a slice of feel-good pop-tinted indie-rock on latest single ‘Under The Sun‘.

Arriving just in time for long summer drives with the windows down or lazy weekends lounging with friends in the sun, the infectious new track merges steady drum beats with exhilarating guitar riffs and a catchy chorus. Evoking the intoxication of a light summer breeze whipping through your hair, or the prickling feeling of blazing rays on sun-tanned skin, the optimistic new anthem marks an assured step forward for Tom Jenkins, whilst nodding subtly to his folk-tinted roots.

Of the cheery new track, Tom explains:
“‘Under The Sun’ is probably the most upbeat song off my new album. I really wanted to write more uplifting music this time round. The sound is inspired mainly by American alt/indie bands like Band of Horses and The Shins. Lyrically the song focuses on unity in a world that always seems to be trying to divide us by the ways of the media or manipulating higher powers.”

The new single also comes with Tom offering his own spin on the Band of Horses classic ‘Blue Beard’ as its B-side – check it out here.

Alongside softer older sibling “Back Roads” and the rugged rock cut ‘Magic Mushroom Island’, ‘Under The Sun’ comes as another fully fleshed out glimpse into the new album the singer-songwriter has been working on, which is set for release on Xtra Mile Recordings later this year.  Tom began writing, producing and recording a second solo album during lockdown: working with lifelong friend and producer Todd Campbell, the pair began to lay down foundations between an old barn on Tom’s farm and Todd’s local studio. Gathering together old pals that he has shared the road with over the years, the project will feature guest appearances from Phil Campbell (Motorhead), Marc Ford (The Black Crowes) and Paul Mullen (YOURCODENAMEIS:MILO, The Automatic).

With the album expected for release much later in the year, fans can catch Tom Jenkins performing tracks ahead of time at a number of confirmed festival appearances this summer. Dates and details are as follows: