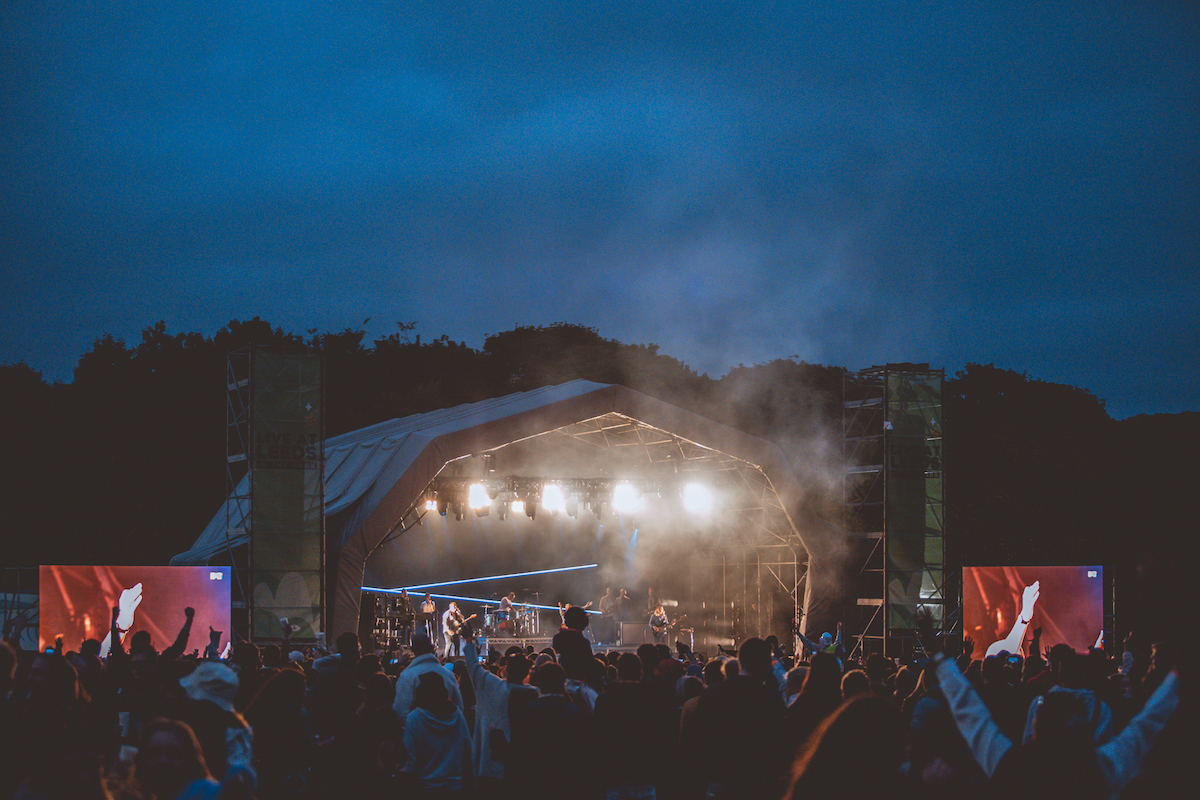 LIVE AT LEEDS: IN THE PARK launches in style with an unforgettable debut edition at Leeds’ Temple Newsam

Renowned for spotlighting the best in new music and hosting countless memorable moments across Leeds City Centre, Live At Leeds launched its brand new festival – Live At Leeds: In The Park – this jubilee weekend, kickstarting a huge 2022 with a perfect summer indie celebration.

Taking over Leeds’ Temple Newsam, thousands of music fans gathered for a sun-soaked day full of the artists and sounds soundtracking 2022 and beyond! From bands who’ve previously made their mark on Live At Leeds stages over the years as well as the Live At Leeds’ calling card of the best in new alternative music – Live At Leeds: In The Park marked its inaugural edition in style.

On the festival’s MTV Main Stage, indie icons Bombay Bicycle Club’s headline performance served as a wonderful trip across their rich discography – proving why they remain at the very top of their game whilst influencing new generations of bands at every turn. Likewise, The Vaccines whipped Temple Newsam into a frenzy with a hit-filled set that left fans wanting more – whilst the party was sent right to another level with Sea Girls and Sports Team being met with hands in the air jubilation and mosh-pits galore in equal measure. Over on the DIY Big Top, Easy Life’s headline performance felt like a truly transformative moment as they look to the release of second album ” later this summer, whilst singalongs and swooning smiles met Arlo Parks when taking to the stage, showing just how the BRIT Award winning superstar has captured the nation’s hearts. A highlight in the middle of the day proved to be Confidence Man, whose big-time pop and dance energy had the tent full to the brim and letting loose in a way only Confidence Man can set off – whilst over at the Hill Top Stage, the likes of The Pigeon Detectives, The Snuts, Tribes, Stone and The Royston Club all kicked down the front door with indie smashers left, right and centre.

With a shining reputation for showcasing, developing and spotlighting fans’ next favourite artists first, it was never in doubt that new music would shine bright across the festival site at Live At Leeds: In The Park. On the MTV Main Stage, Holly Humberstone left Live At Leeds: In The Park in awe with a show-stealing set that points to the superstar she’s already becoming, while the likes of Alfie Templeman (fresh from the release of his debut album ‘Mellow Moon’) and Lauran Hibberd brought their own unstoppable energy to kickstart the festival in style. Over at the Dork Presents tent, two back to back stages saw the likes of The Mysterines, Porij, Zuzu, Coach Party, Leeds’ own L’Objectif, Courting, Kid Kapichi, Molly Payton and many more all lay their marker in the ground as a part of a fresh exciting wave of new music.

Speaking about the first ever Live At Leeds: In The Park, Festival Promoter Joe Hubbard said:
“Well what a day that was. Everything we dreamed of with Live At Leeds: In The Park came to pass, with a memorable day full of amazing artists and huge festival sets. Seeing so many people enjoying themselves across our multiple stages was great to see and we’re so incredibly grateful to you all for coming down for our very first year in Temple Newsam. We can’t wait to be back next June for another In The Park celebration, but all eyes are now on our return across Leeds City Centre this October for In The City. We look forward to seeing everyone there!”

The Live At Leeds programming for 2022 doesn’t stop there, with the return of the acclaimed, revered and influential award-winning inner-city festival Live At Leeds: In The City on Saturday 15th October. Where Live At Leeds has made its name over the years for an unrivalled day of new music discovery across Leeds City Centre, its the only place to go to discover the artists set to soundtrack 2023 and beyond as your next favourite band – with the festival’s first wave of names already announced and including headliners Pale Waves alongside Thomas Headon, Palace, Working Men’s Club, Baby Queen, Will Joseph Cook, Sea Power, Sprints, Prima Queen, Highschool, Opus Kink, Claudia Valentina and many more. Tickets are on sale now, with many more names set to be announced over the coming months!
https://www.liveatleeds.com/cityhome