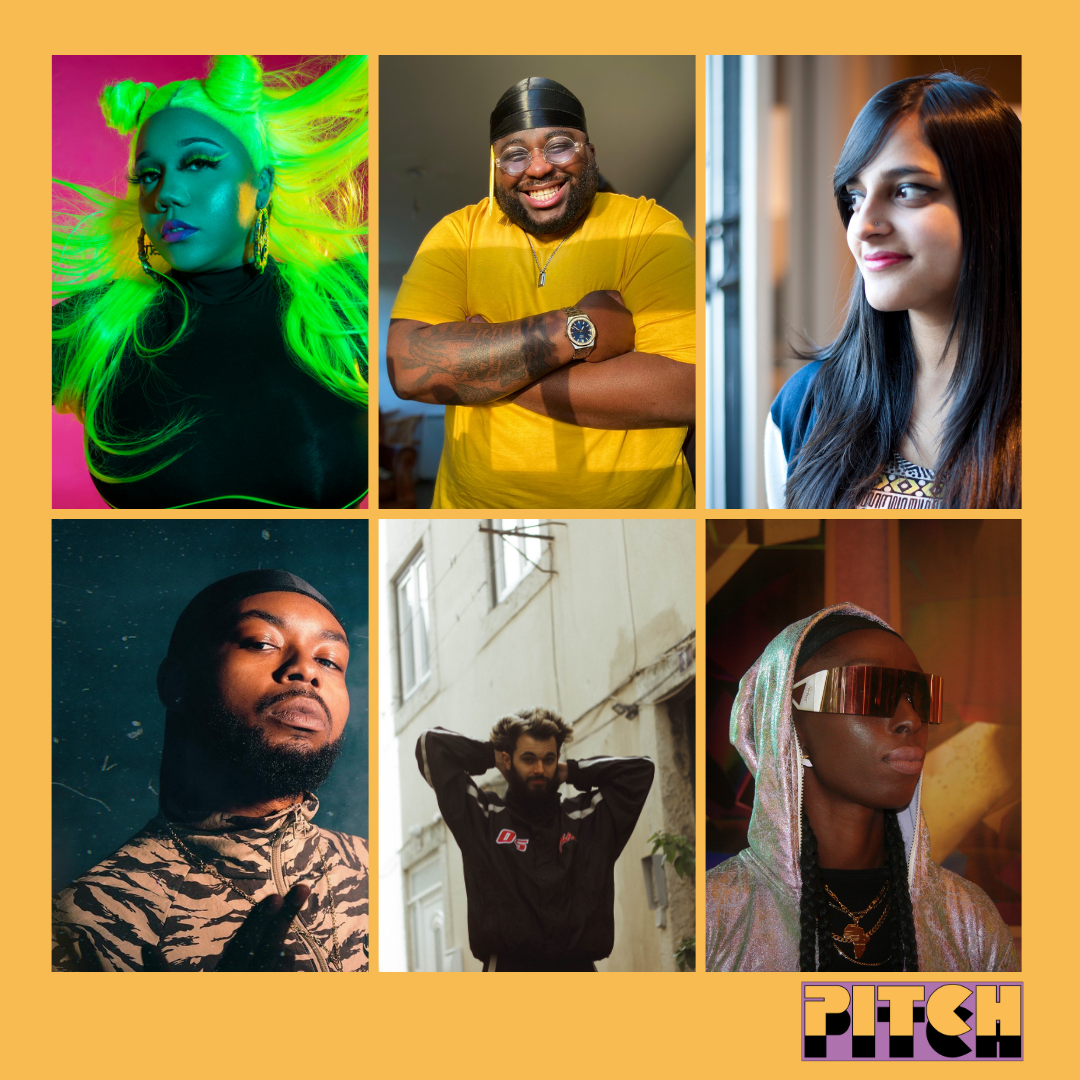 Shortlisted in 2021 for both the Scottish Alternative Music Awards (SAMA) and the Scottish Album of the Year (SAY) Award, AiiTee aka Nigeria-born, Aberdeen-based musician will bring her enchanting mix of Afrobeat and Gospel-influenced R’n’B to the showcase, while Dundee rapper/producer MC Salum will manifest the blend of hazy, experimentalist nostalgia and silky lyrical flow that makes debut album ‘Crocodile DD’ and sun-dappled current single ‘Bambooz Me ft Nayme’ such addictive listens. Recently becoming the first Welsh MOBO artist to perform at SXSW, Mace The Great will perform at the Pitch Scotland showcase as part of a partnership with new music festival FOCUS Wales. Also appearing live will be LOTOS, the shades-sporting pioneer often dubbed the first female Scottish MC. Rapping about her life in Edinburgh’s Wester Hailes since she was 11 and cutting her first release age 13, LOTOS’s authenticity and talent-first, looks-second ethos made her a role model to new generations of female MCs looking to break free from outmoded stereotypes.

NoLay, the South London rapper known for her portrayal of ex-convict/beautician Mandy in hit Netflix/Channel 4 drama Top Boy, will share her experiences in an exclusive in-conversation event with Scotland’s most successful social media star and rap fan Bash The Entertainer. With over 9.4 million TikTok followers for hits, such as Rihanna Reaction Video, CEO of Copying Sounds and Fake Brands, Bash came to Scotland as a child seeking refuge with his family from Democratic Republic of Congo and began making comedy as a response to the racism he first encountered in his new school playground.

Elsewhere in the programme is Mog, the influential Penilee artist who scorched the path for new generations of MCs in Scotland more at ease with their own histories and heritages. Releasing music since 2009, Mog’s distinctive use of Scots cadence and hyper-local vernacular to tell of life on a south Glasgow estate validated experiences and identities once subjected to ridicule. Rather than performing live, Mog takes part in a pre-recorded panel discussion on the meaning of Scottish hip hop hosted by Sanjeev Mann, the broadcast journalist behind the Hip Hop Scotland podcast. Also featuring will be Arusa Qureshi, author of ‘Flip The Script: How Women Came To Rule HipHop’, Glasgow vocalist/MC Clarissa Woods and Sean Focus, the Afropop/influenced rapper-producer who became the only Scottish artist to feature on Amazon Music’s +44 platform during lockdown.

Aiming to empower members of the hip hop and underground communities with the knowledge, skills and networking opportunities to progress their careers, Pitch Scotland will unlock the mysteries of funding in a workshop at Many Studios with Jamie Houston of conference partners Creative Scotland and the PRS’s Kwame Safo. They will also take part in a subsequent ‘Meet The Industry’ event, where conference-goers can book one-to-one meetings with industry professionals, such as FOCUS Wales Programme Manager Sarah Jones, Henca Maduro (New Skool Rules) and Pitch Scotland organisers Richy Muirhead and Alana Hepburn.

Jamie Houston, Creative Scotland’s Music Officer, explains: “It’s not before time that Scottish-produced Hip-hop, Grime and associated genres are reaching wider audiences and gracing the stages of some of the nation’s biggest festivals. So too is the demand for active industry engagement and following the storming success of SAMA’s pilot networking, discussion and performance event in 2021, this year’s follow up programme is just as impressive, sure to draw the attention of industry and audiences at home and further afield. With more and more talent coming through, Creative Scotland’s backing of this this music sector is visibly increasing, and the work is only just beginning.”

Throughout the day renowned Glasgow street artist Rogue One will create a new mural at The Space, the community arts hub hosting Pitch360, an educational and networking space for 16 to 21-year-olds featuring workshops on rap with Becca Starr of the Academy of Music and Sound and another on beat-making with mentoring scheme Music Plus and producer/artist and sometime Mog collaborator Konchis.

Many Studios will host a spoken word programme featuring performances from the SAMA Best Newcomer winner
Bee Asha Singh, one third of female rap trio The Honeyfarm and cofounder of Spit It Out, an organisation centering discussions around trauma and creativity; Texture aka Scottish Slam Poetry championship winner Bram E Gieben and Fiyin Fakunle, accomplished soul musician and author of poetry collection ‘Afrodite’, self-published when she was 19.

Saint Luke’s will also host a DJ set from K4cie, the broadcaster/producer/promoter behind inclusive club night PEACH, one of the biggest rap and trap events in the country, a screening of videos by hip hop artists from Scotland and an exhibition of hip hop photography. K4cie recently performed at FOCUS Wales, the new partners of Pitch Scotland.

Sarah Jones from FOCUS Wales says: “We’re thrilled to be developing our partnership with Pitch to offer opportunities for both Welsh and Scottish artists. At FOCUS Wales 2022, we presented K4cie and Bemz to our international audience which went down so well, there’s a real appetite for this genre of music in Wales right now. We will be showcasing Mace The Great at Pitch in Glasgow this summer, and I’m excited for him to win over the audience as he does everywhere he goes.”

Tickets for Pitch Scotland are available now via https://www.eventbrite.co.uk/e/pitch-scotlands-conference-of-hip-hop-and-underground-culture-tickets-341753823887