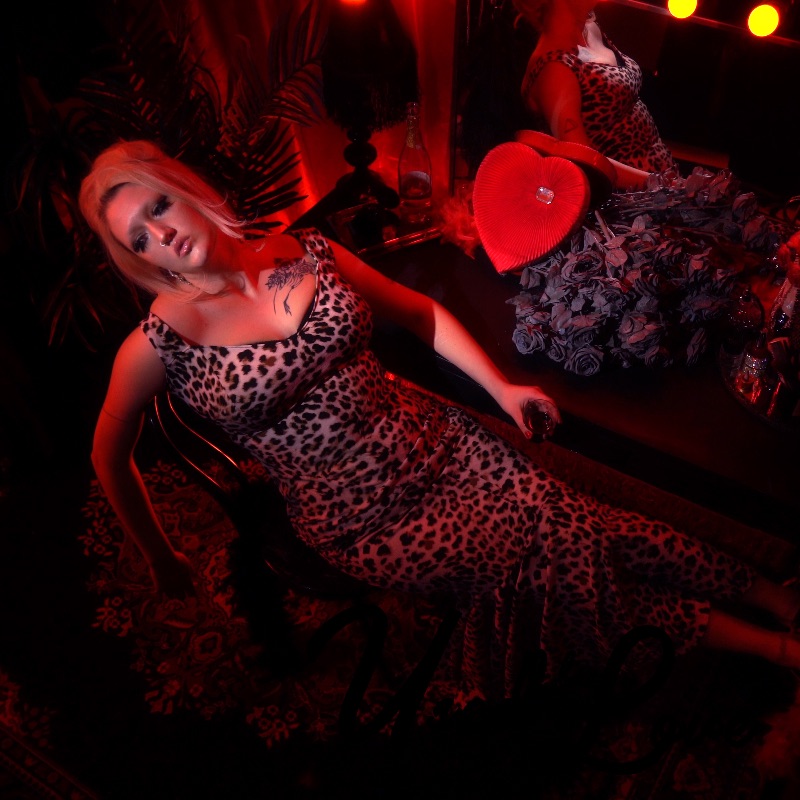 Following three weeks of captivating shows across the UK and Europe, Kennedy Ashlyn aka SRSQ [pronounced ‘seer-skew’], has shared a new single from her forthcoming album ‘Ever Crashing’, which is set for release on the 19th of August through Dais.

On ‘Ever Crashing‘, Ashlyn masterfully synthesizes her private struggles and sorrows into stirring, redemptive anthems. Her multi-octave range and moodswing songcraft consists of tumult and triumph, darkest night breaking into brightest dawn, proving her a musician of elemental force.

The album began materializing in the wake of an ADHD and bipolar disorder diagnosis, prompting a profound personal overhaul. Ashlyn cites such periods of turmoil as a muse of sorts, when “songs begin to echo within me,” gradually reverberating clearer and more vividly. As melodies and arrangements come into focus, the songs act like containers, vessels in which to externalize and exorcize tumultuous emotions.

Latest single “Used To Love” is “about trying to rekindle a dying flame, about mourning a thing you have not yet lost but can feel slipping away,” Ashlyn reveals. “It’s simultaneously very personal, yet universally relevant as we all seek to hold on to our most precious people and moments.”