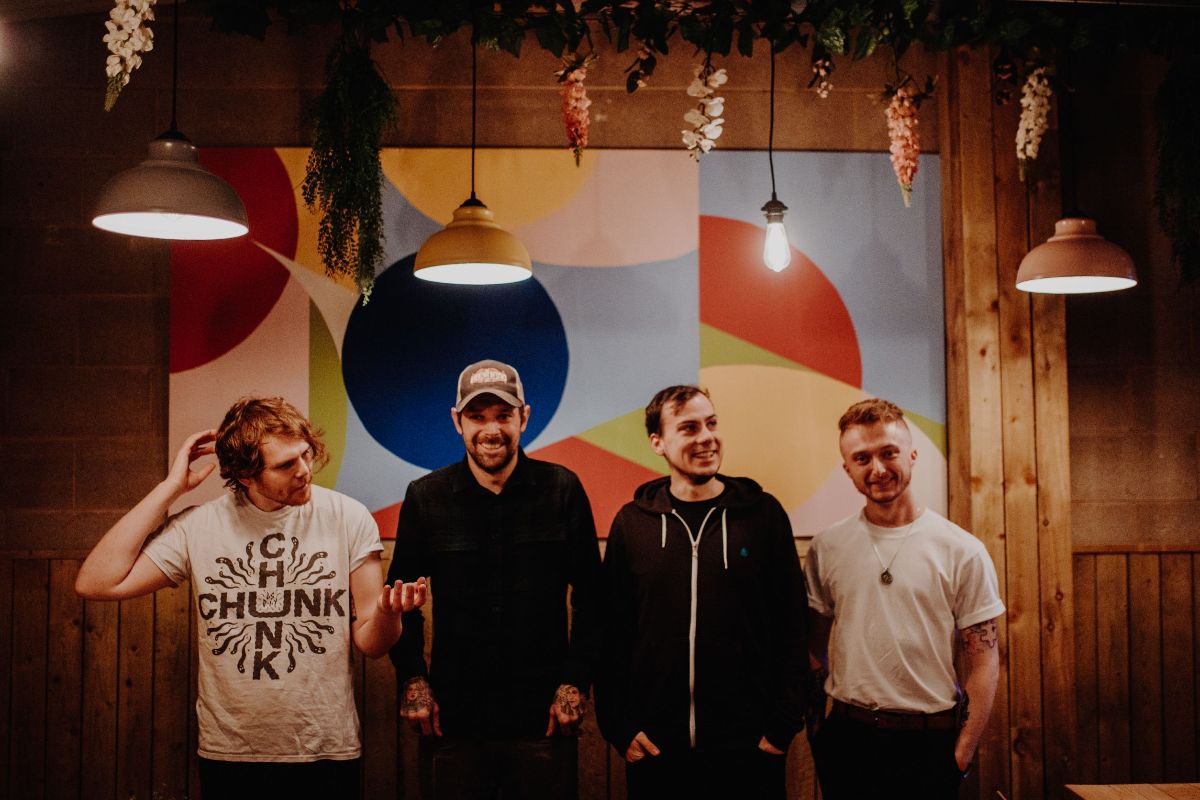 Leeds-based newcomers SUNLINER have released new indie punk track ‘I Call Him Gamblore’, via Lockjaw Records, alongside a music video that takes a dig at corrupt corporations.

The track is about “struggling to adjust after education to the crushing realisation of the bleak job market. Nobody when they’re asked growing up what they’d like to be when they get older says, ‘I’d like to work for Amazon’ (Amazon being just an arbitrary example of a Big Corporate Conglomerate Who Care Little For Their Staff TM) and the harsh reality of it is that so many people have to compromise, not because they want to, because they’re left no choice, and only the lucky few get to do something even slightly relevant to their interests,” says vocalist Jake. “It’s not a fun lesson to learn,” he adds.

The accompanying music video, which was filmed at local Leeds venue BOOM, shows the band as a batch of workers running themselves into the ground to inevitably be replaced by new flesh. Furthermore, the title of the new track is a quote from an episode of The Simpsons which sees Homer tell Lisa about her mother’s gambling addiction, “The only monster here is the gambling monster who has enslaved your mother. I call him Gamblore”.

Sunliner are an up and coming four-piece indie punk rock band from Leeds who take inspiration from the likes of Hot Water Music, Against Me!, and Bruce Springsteen. They recently released the track ‘Jo, Joni, Mary, & Maria’ and two songs produced and mixed by Frank Turner at his studio on the coast. The band have previously played shows across the UK with The Skints, Beans on Toast, and Red City Radio, and have more shows coming up (please see below).