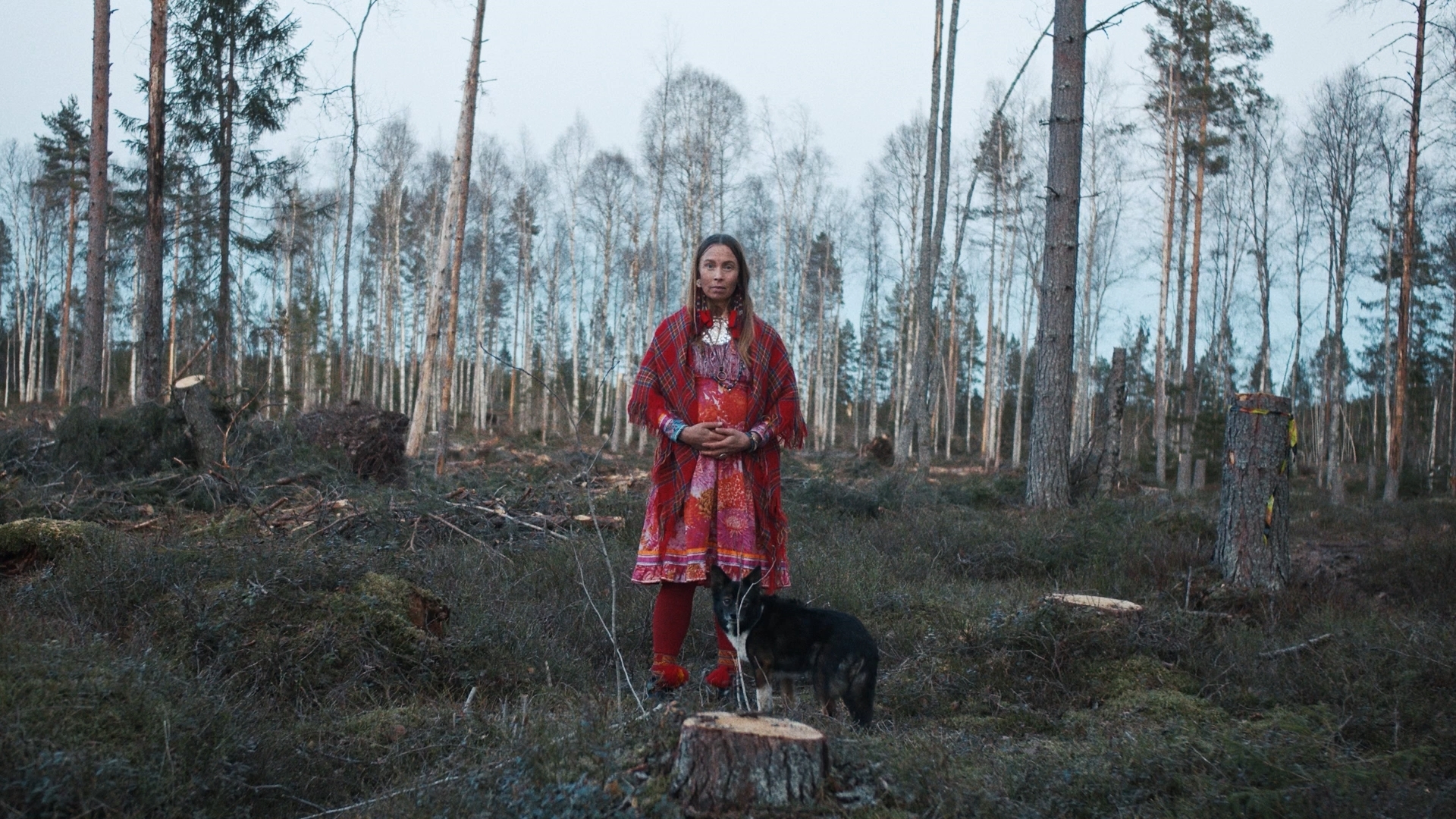 Sage Foundation’s bold and cerebral film ‘Overheated’ is a breathtaking commentary on the Climate Anxiety currently spreading across the world – and the unwavering determination of today’s leading activists who are intent on using their influence to turn angst into action.

Launching alongside the Overheated Event at the O2 Arena, the film features Billie Eilish, Tori Tsui, Ibeyi, Samata, Maggie Baird, Yungblud, Vanessa Nakate, Girl in Red, Finneas, Samata, Emily Eavis and Vivienne Westwood, and will be screened at the 02 Cineworld for 6 nights, alongside Billie Eilish’s World Tour. The documentary is presented by WeTransfer and will stream exclusively on their digital arts platform WePresent for the first 72 hours, from the live date on 10th June, and will then appear on the Overheated channels. It will also appear at Glastonbury festival.

Directed by Yassa Khan, the 40 minute documentary showcases the beauty and fragility of the natural world, and takes audiences on a kaleidoscopic visual journey through the minds of some of the most prominent figures in Music, Fashion, and Climate Activism – to galvanize action, inspire hope and drive change in the face of a critically overheating planet.

Central to the film are the voices who represent the frontlines of climate change: Indigenous Communities. The documentary highlights the inescapable reality that Indigenous people are the most acutely impacted by the Climate Crisis – yet exist as the most powerful actors in the fight against it. Through their deep knowledge of the environment, Indigenous communities have developed a priceless understanding of the natural world which has granted them the most powerful relationship with the environment that we know today – and an understanding of how to manage the challenges we currently face. The film features the Waorani Tribe from the Amazon Rainforest & Sofia Jannok of the Sámi people of Sápmi, who speak of the startling loss of indigenous knowledge and habitats – despite protecting and nurturing over 80% of the world’s biodiversity, they are amongst the 5% of Indigenous people living across the globe. It also includes Daniella Ingabire from Burundi, one of the African nations hit hardest by flooding and the effects of the crisis.

The film opens with one poignant question asked by Billie Eilish herself: Are we doing enough? The answer is one which plays on all our minds, but this film instills us with a sense of hope that inspires change. Overheated is a positive, rallying message of hope that aims to spark action in the generation that will inherit this planet, and it shares the small and incremental changes that we can make in our lives together. If we all do something, no matter how small, our actions will gather pace and become a tidal wave of collective change. If we all unite, then our power, impact and influence have no bounds.

Naza Alakija, Executive Producer – Founder, Sage’s Foundation
“This documentary rallies some of the world’s most prominent figures in Music, Fashion and Climate Activism, but more importantly it amplifies the voices from the frontlines of climate change, who too often go unheard. Indigenous people protect and nurture over 80% of the world’s biodiversity, and yet they only make up 5% of the world’s population. They understand, know, and protect nature better than anyone else. This film is an opportunity to share their stories, as ultimately storytelling is the most powerful tool that we have to spark empathy, generate hope and drive lasting change. We are entering into a watershed moment for our planet’s future, and this film aims to make us think deeply about our place in the fight against climate change – and to ultimately transform our compassion into action.”

Mike Malak, Executive Producer, Partner – Wasserman Music
“The incredible creatives and activists who joined us on this journey demonstrate that this generation truly has a powerful voice and intends on using it. There is a real shift in culture and sense of urgency, and we hope this film captures their incessant, contagious energy and desire to do better. As we are all residents of this planet, it’s also important to understand different perspectives and experiences with climate change. We are aware that none of us is perfect but understanding the impact of our daily habits can lead us to create meaningful and generational changes that will go a long way over time. Overheated brings these voices together to begin that conversation of hope, because sharing ideas and communicating is what this generation does unlike any before.”

Yassa Khan, Director
“Capturing the Inspirational & Passionate Voices of such an incredible and varied and diverse group of people talking about the most important issue of our time, was an honour that will never be matched. After making this film, I have hope.”

Maggie Baird, Founder – Support + Feed
“I am honored to be part of this beautiful documentary, which so artistically touches on the breadth of our urgent global concern, our shared trauma and responsibility.”