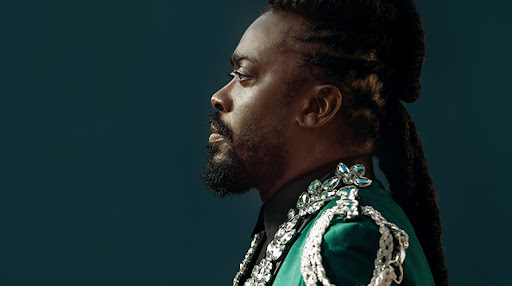 Moses Davis, better known by his stage moniker Beenie Man, will be bringing his timeless music to Hammersmith’s Eventim Apollo this Autumn. The reigning “King of the Dancehall” is a prime example of an artiste never losing touch with his fans, and the entertainer will be reconnecting with audiences at the special live show later this year.

With much of his success stemming from his talent as a true entertainer able to withstand the test of time, Beenie Man was born in the tough Waterhouse district of Kingston, Jamaica in 1973. Regarded as one of Jamaica’s biggest exports, the artist’s recording career stretches back to 1981.

Getting his big breakthrough with ‘Matie‘ in 1993, the trailblazing single went to number one in Jamaica and led to the artist winning the DJ of the Year Award in that same year. Soon signed to Island Records, it was with that major label that he would release his critically acclaimed studio album ‘Blessed‘. Featuring the dancehall smash ‘Slam‘, it was the first of his records to receive an international release and would be responsible for establishing Beenie’s reputation nationally.

With an impressive number of international music awards including a MOBO for Best International Reggae Act in 1998, his contribution to dancehall was officially recognised by the Jamaican entertainment industry when he was formally crowned King of Dancehall in 2009 at Reggae Sumfest.

More recently Beenie co-wrote and starred in the film ‘Kingston‘ in 2008, and released a series of singles including “Drinking Rum and Red Bull” (2010), “Let’s Go” (2011), “Wine Gal” (2012) and “Thug Love” (2013). In 2015, he lent his talents to tracks by Teddybears (“Broken Heartbeat”) and Rihanna (“Bitch Better Have My Money”). In 2016 he returned with ‘Unstoppable’, his first LP in a decade which also featured production by Major Lazer, plus appearances by Akon and Bounty Killer. Sharing a notorious rivalry with latter of these guests during their early days, Beenie has since come full circle with the pair engaging in a memorable DJ battle together on Timbaland and Swizz Beatz’ Verzuz TV during the pandemic.

Preparing for his first UK shows since, Beenie Man will be heading to the Eventim Hammersmith Apollo on Thursday 22 September 2022. 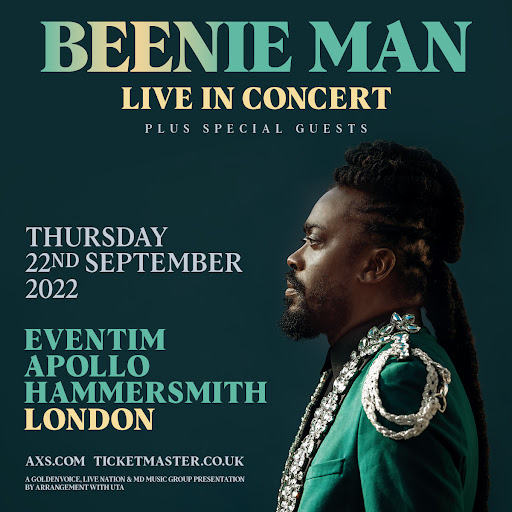