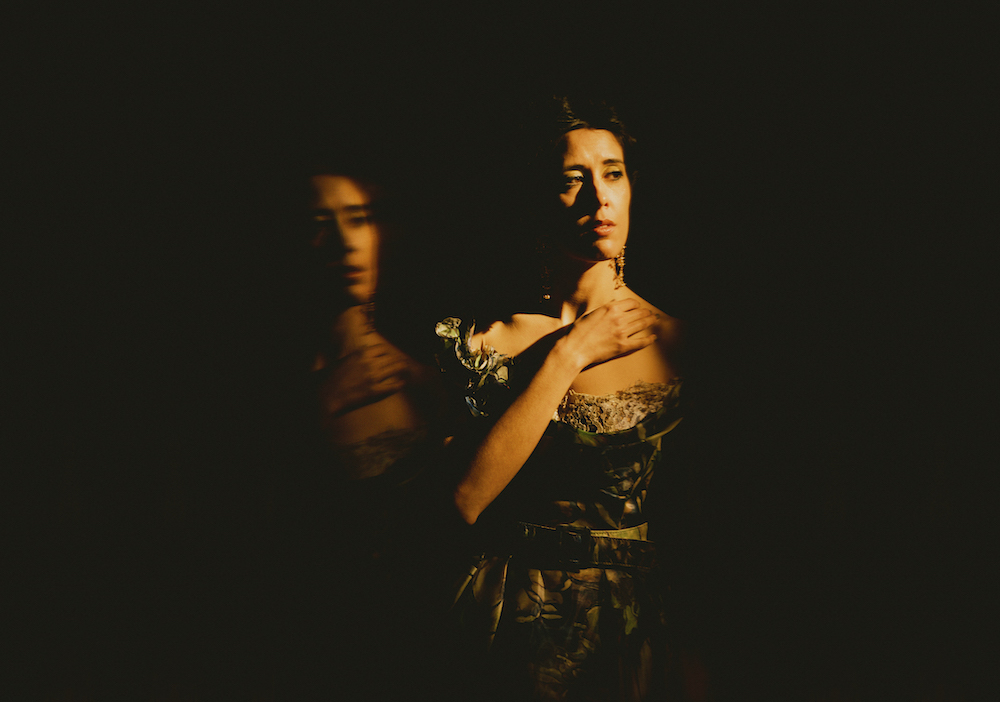 Singer, songwriter, and producer Half Waif, aka Nandi Rose, has dropped a new EP today entitled ‘Portraits’ along with videos of her spellbinding piano performances of each track. The videos give a taste of what to expect at her forthcoming live dates, which include an intimate show at London’s St Pancras Old Church on the 8th of August.

The ‘Portraits’ EP takes two songs from each of Half Waif’s ANTI- Records releases – 2020’s ‘The Caretaker’ and 2021’s ‘Mythopoetics’ – and recaptures them in their essential form, as piano and voice arrangements recorded live in Troy, NY. The result is a kind of sonic portraiture, rendering the melodies and lyrics in intimate detail. Nandi currently lives in the Hudson Valley of Upstate New York, where she is working on her latest record as well as her first book.

“I came to music and to songwriting when I was a kid, singing at a piano,” Rose explains. “Over the years, I learned to build layered arrangements around the songs, which at times felt like a kind of armor. Returning to these voice and piano arrangements feels particularly vulnerable for me. There’s nothing to hide behind. But it also feels like a homecoming, a nod to where I came from. In this form, I saw the songs from a new angle — it was like we were meeting again after we’ve both done some growing up. Sometimes we can say more with so much less.”

Over the past decade, Half Waif has built upon her classical training to create a bold and unique sound that melds pop and folk songwriting styles with experimental electronic production and arrangements. Critically acclaimed in the music press, Pitchfork has described her music as “Beautifully rendered and deeply layered synth-pop,” with The New York Times adding that her songs “evolve from an anxious rhythmic pulse to a chordal anthem, all larger than life.”