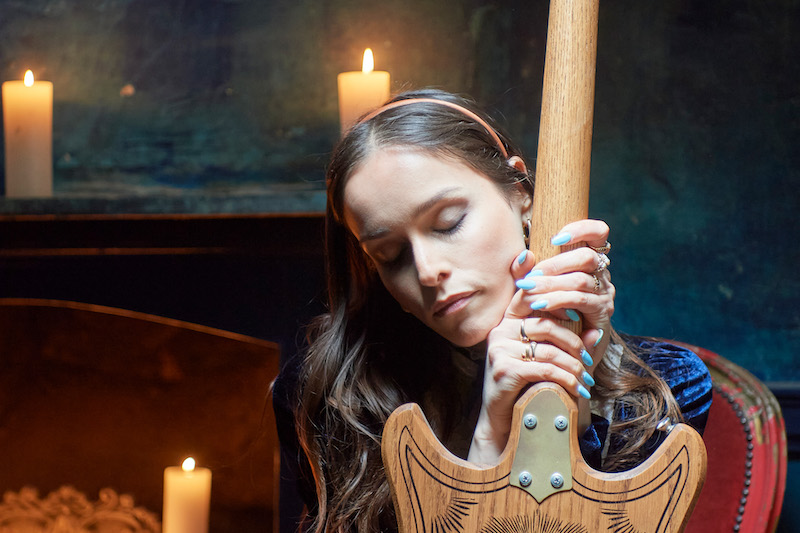 Toronto-born, London-based artist Tess Parks is today releasing a new video for ‘I See Angels’, lifted from her newly-released solo album, ‘And Those Who Were Seen Dancing‘, out now on Fuzz Club. Alongside the new album, Parks has also announced UK/EU tour and festival dates in support.

Tess Parks offered the following on the track, “This song was written on my way out of New York and for the video I always had this vision of dancers dancing all over the city, I always love seeing people who have the confidence, discipline and motivation to decide that they’re going to go to some particular spot and just dance there for the day. I came across Joe Bressler’s work and loved it and he lived in New York so we decided to collaborate. We loosely discussed locations, but without knowing, he ended up choosing some places that had great personal sentimental significance to me. I love how the video ends with this beautiful ballerina finally out free and dancing in nature. That whole last dance sequence is framed like an actual renaissance painting.”

Director Joe Bresler added “My goal was to create a visual that honored the narrative of the song, while also representing the contrast between the fluid, delicate movements of modern & ballet dance, and the grit of the music and city landscape. Tess’ music has always resonated with me, so when she reached out the decision was a near instantaneous ‘yes’.  I’m really thrilled to have had the opportunity to make this experiment and grateful to Tess for the freedom and trust.”

Following years of international touring and a lengthy list of critically-acclaimed collaborations with Brian Jonestown Massacre’s Anton Newcombe in recent years (most recently the duo’s self-titled 2018 LP), the new album will be Parks’ first full-length solo offering since her much-loved debut album, ‘Blood Hot’, was released back in 2013. Trailing the highly-praised singles ‘Happy Birthday Forever‘, ‘Brexit at Tiffany’s‘ and ‘Do You Pray?‘, ‘And Those Who Were Seen Dancing’ is out today on vinyl and available to stream/purchase here: tessparks.lnk.to/dancing

“In my mind, this album is like hopscotch”, Parks says of the album: “These songs were pieced together over time in London, Toronto and Los Angeles with friends and family between August 2019 and March 2021. So many other versions of these songs exist. The recording and final completion of this album took over two years and wow – the lesson I have learned the most is that words are spells. If I didn’t know it before, I know it now for sure. I only want to put good out into the universe.”

A creeping disillusionment with the state of the world paired with an injury that stopped Parks from being able to play guitar and piano for months meant the album was nearly shelved. “I really felt discouraged to complete this album. I stopped listening to music for honestly about a year altogether and turned to painting instead. I really had to convince myself again that it’s important to just share whatever good we can – having faith in ourselves to know that our lights can shine on and on through other people and for other people. The thought of anyone not sharing their art or being shy of anything they create seems like a real tragedy to me. Even if it’s not perfect, you’re capturing a moment.”