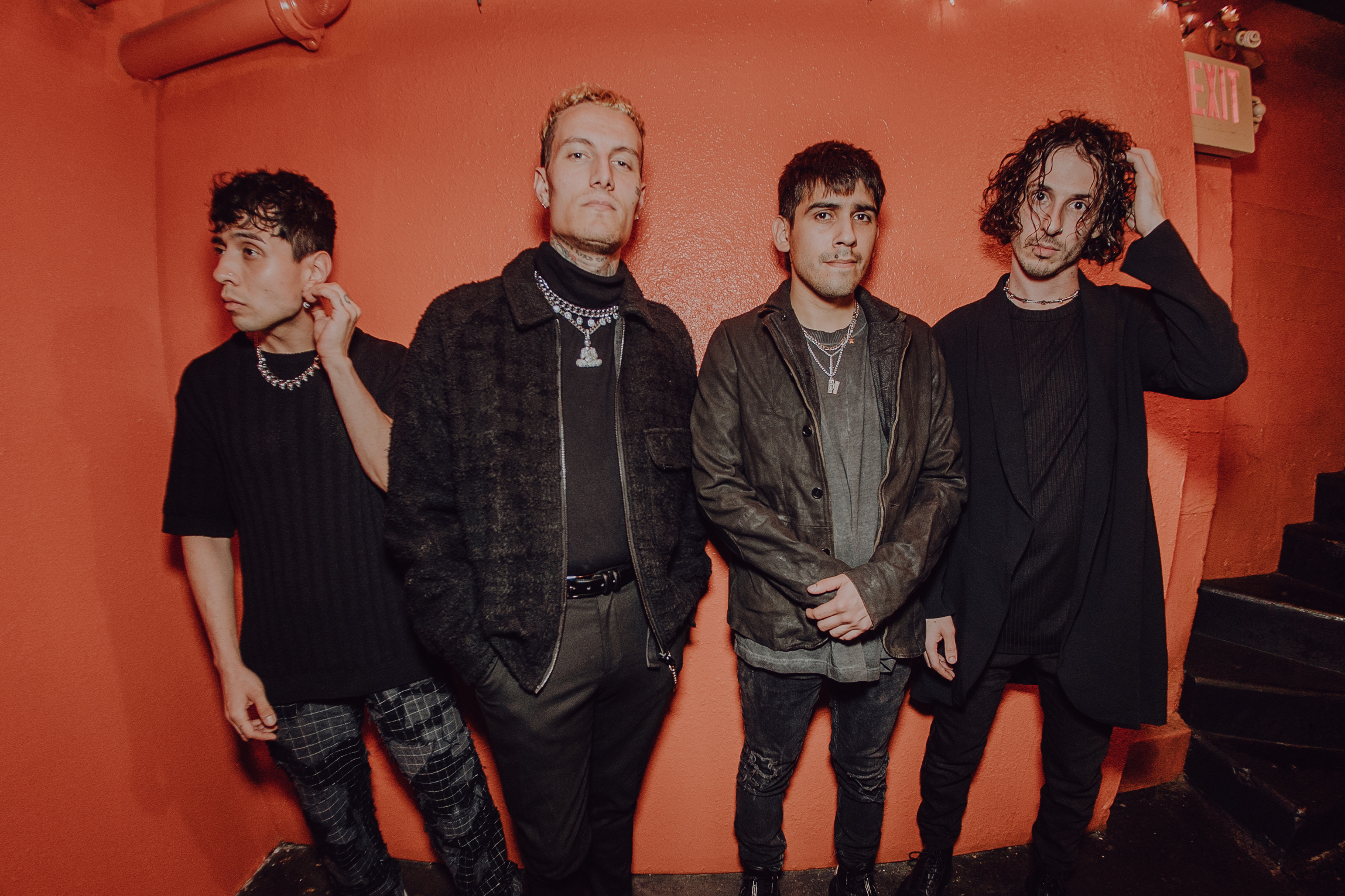 To celebrate the 10-year anniversary of their debut album ‘The Fallout’, genre-bending metallers Crown The Empire have released a 10-year anniversary reimagining of “Johnny’s Revenge” featuring Spencer Charnas of Ice Nine Kills, Dave Stephens from We Came As Romans, and Craig Owens from D.R.U.G.S.

The band are currently on the road for The Fallout 10 Year Anniversary Tour , with support from D.R.U.G.S., The Word Alive and Until I Wake, which has seven more stops before wrapping in San Antonio, TX July 3. For fans who missed The Fallout 10 Year  Anniversary tour, Crown the Empire is partnering with Knotfest.com and Fly Machine to livestream the July 1 show from White Oak Music Hall. Live stream tickets are on-sale now at https://fly.live/crowntheempire.

Speaking on the reimagining of “Johnny’s Revenge”, the band commented:

“We are excited to announce that we’ve recreated our song “Johnny’s Revenge” with guest features from 3 different bands: Spencer Charnas from Ice Nine Kills, Dave Stephens from We Came As Romans and Craig Owens from D.R.U.G.S. All of these singers are a part of the era we grew up in and have played a huge role in helping our scene become what it is today.

To celebrate 10 years of our album ‘The Fallout,’ we wanted to do something special for the people who’ve stuck with us over the past decade. One of the songs our fans always gravitated towards was “Johnny’s Revenge,” a theatrical piece that’s part of a trilogy we created over the span of 3 albums. We can’t wait for everyone to hear this new version!”

The band previously released their cinematic music video for “Dancing with the Dead” and “In Another Life” featuring the inimitable Courtney LaPlante, which together have summed up over 4.3 million streams and counting on Spotify alone. The band will join Slipknot later this year on Knotfest Roadshow Fall 2022, but are currently on the road for The Fallout 10 Year Anniversary Tour. For ticket information, please click here and be sure to stay tuned for more Crown The Empire news coming soon.