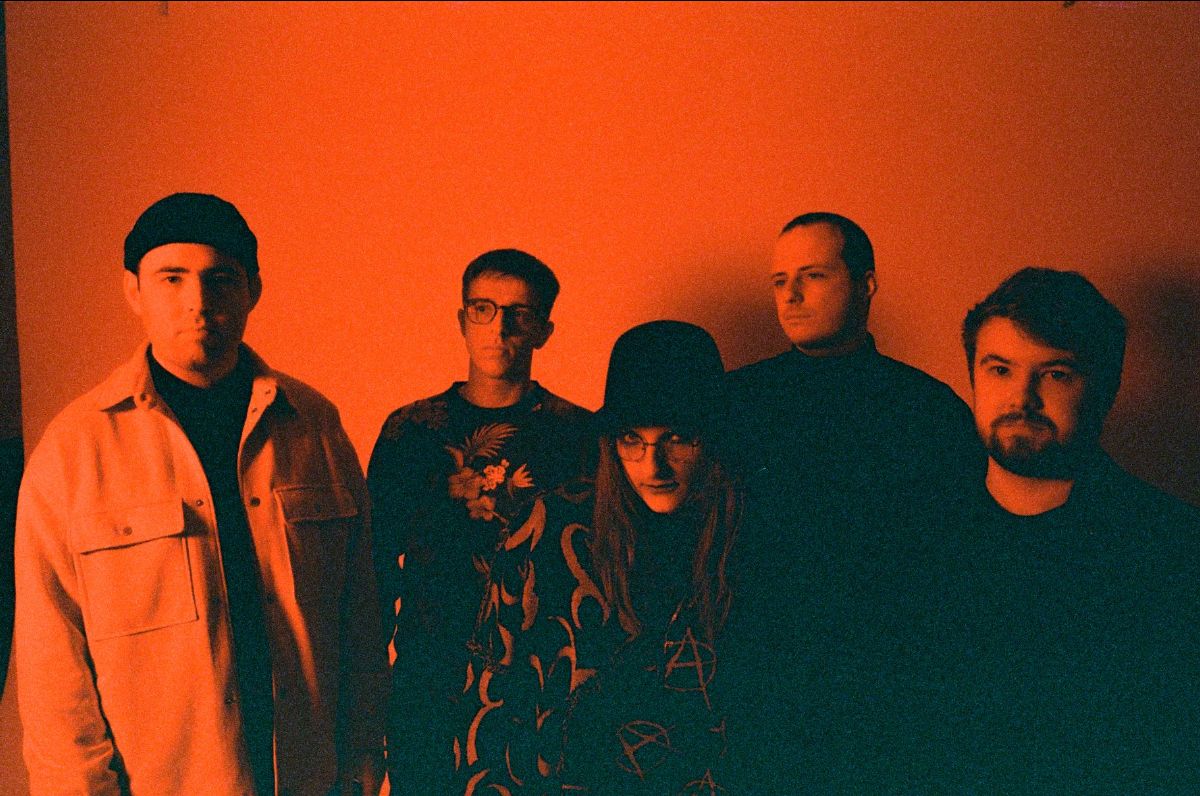 “As the caterpillar becomes the butterfly, so too does the maggot sprout wings and take flight. Divine is a song about metamorphosis, a person’s journey of transformation into the ideal self, not knowing or caring how they may be perceived along the way. If we are indeed born in filth and sin, why not revel in all its grotesque glory?” says vocalist Ludovico Fahey of the new track ‘Divine’.

The accompanying music video, directed by guitarist Tom Green-Morgan, draws on modern art styles such as pointillism and cubism to try and convey the energy of the song through a stream of small fragments, pieced together to create a greater whole. To tie the whole thing together, an old CRT television was used to create texture and mess up the image.

A visceral marriage of experimental hardcore, choral vocals, and moody atmospherics, Sobriquet’s new EP ‘Apotheosis’ is the band’s defining statement so far, and one that proves them impossible to categorise. The upcoming EP sets out the band’s cohesive aesthetic vision, rooted in liturgical imagery, cult film, and late 90s hardcore.

Recorded with Lewis Johns at The Ranch, Southampton, ‘Apotheosis’ tells five stories centered around the theme of metamorphosis and auto-evolution. The journey begins with the protagonist’s discovery of the self, then follows a downward spiral of doubt and frustration. Emerging out of this sea of despair, the protagonist breaks out of their self-imposed cocoon with a newfound passion and rage in the form of self-love, before finally culminating in ultimate enlightenment and ego death as they ascend to find their answer to their reason for living.

Sobriquet have honed their unique sound through the release of two EPs; ‘A Hundred Thousand Tongues’ (2020) and ‘Akeldama’ (2017), and played their intensely volatile live sets alongside some of the underground’s brightest rock stars including Loathe, Palm Reader, and Heriot.