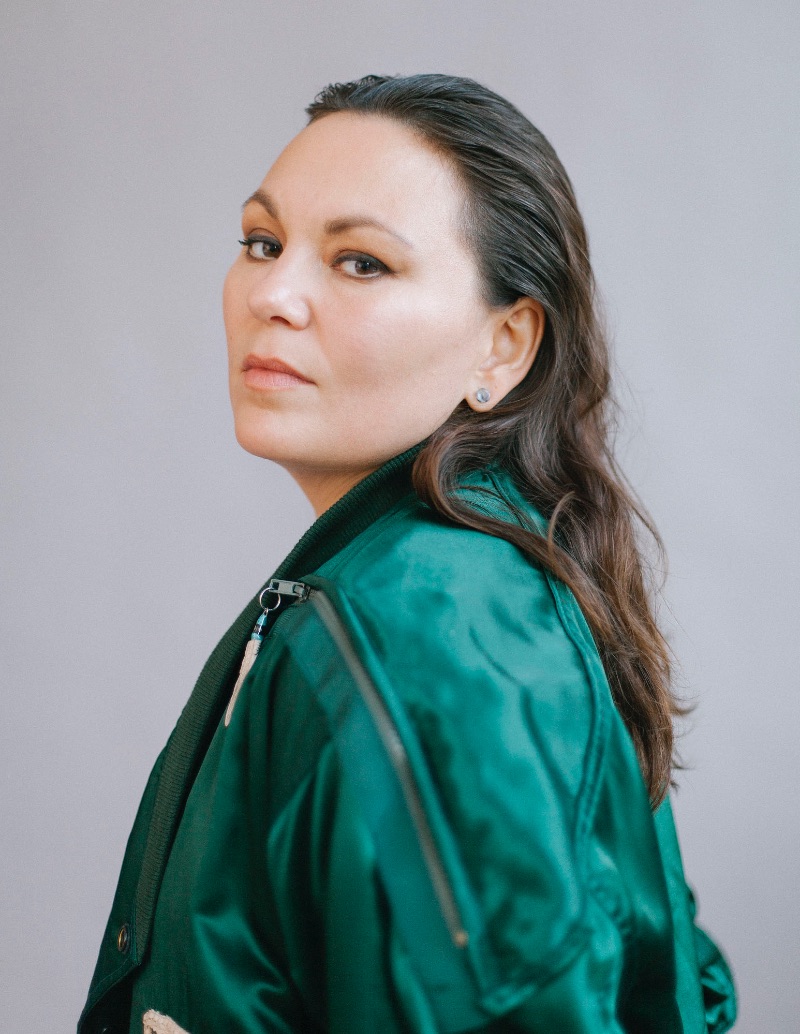 Tanya Tagaq has announced that ‘Tongues’ is to be reimagined in her first remix collection, ‘Tongues North Star Remixes’, out July 22, 2022 on Six Shooter. With avant, classical, electronic and experimental selections, the albumexpands Tagaq’s fearsome and futuristic musical universe into new dimensions.

Tagaq introduces the collection with two songs out today. Start with Daedelus’ jittery braindance remix of title track “Tongues,” which channels the original’s fury in a hypnotic, Newton’s Cradle exchange. Tagaq and Daedelus are currently collaborating on a new piece for 360° immersive video project ARCTIC XR, which will be shown La Biennale di Venezia and Nuit Blanche in 2022.

Paola Prestini’s “In Me” is a sinuous piece performed with Jeffrey Zeigler on solo cello and San Francisco’s New Century Chamber Orchestra. Intertwined strings echo and respond to Tagaq’s vocals, a sonic expression of cultural sovereignty. “In Me” is the result of a long and careful process, and is the two composers’ explicit statement against cultural appropriation in classical and avant music.

‘Tongues’, recently Polaris Music Prize Long Listed alongside albums by remix contributors The Halluci Nation and Backxwash, was produced by Saul Williams and Gonjasufi and released in January to widespread acclaim. With passages and poems drawn from Tagaq’s bestselling novel Split Tooth, recently recommended by Elliot Page in Esquire as “one of the best things I’ve ever read,” ‘Tongues’ is Tagaq at her most direct and specific.

More about Tanya Tagaq:
From Ikaluktutiak (Cambridge Bay, Nunavut), internationally celebrated artist Tanya Tagaq is an improvisational singer, avant-garde composer and bestselling author. A member of the Order of Canada, Polaris Music Prize and JUNO Award winner and recipient of multiple honorary doctorates, Tagaq is an original disruptor, a world-changing figure at the forefront of seismic social, political and environmental change.