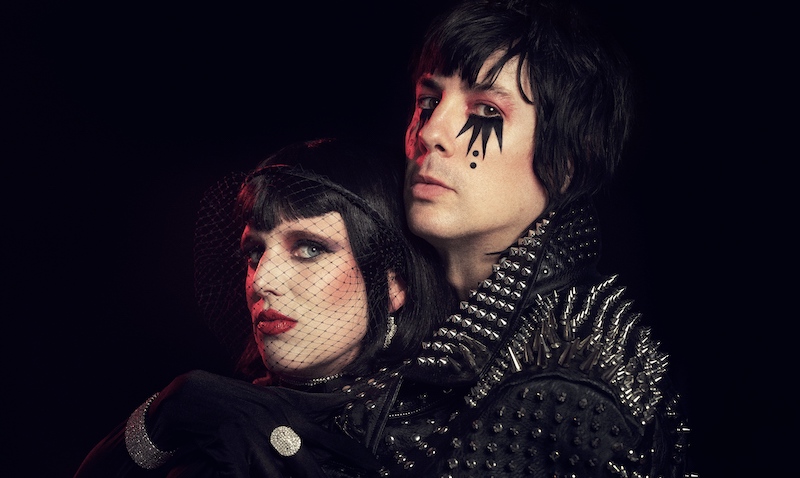 Desire returns with their new video “Days & Nights” – the seventh from their campy Escape saga, which came out last month via Italians Do It Better. The band have also announced a run of European shows for this November.

Tossing & turning through the sleepless hours, “Days & Nights” is a love song bruised with anxiety. Stardust sparkles in the night sky…while down below a brooding cloud hovers over the bed. Sometimes it’s difficult to see the amazing world around us as we tend to focus on the challenge right in front of us. Desire sings about graceful transcendence in the face of terror, “Love Is Stronger Than Us All”. If no man is island, we can still connect across the void, & even though a heart might feel broken…it’s still beating. That’s a good thing. The drums sync to the chambers of the primary organ of the circulatory system, while a soft arpeggio pumps like blood to the brain. “Going To Take A Little Time To Kill The Pain…”

As for the “Days and Nights” video, it’s an eye for an eye in this Sci Fi thriller killer. Our heroine stares deep inside the fortune teller’s crystal ball to a parallel dimension. As she sees herself strapped to the hood of a muscle car ala Mad Max, her fever dream comes to a boil. Blurring the timeline between past & future with a tall glass of green liquid, she quantum leaps. As cold blood pours from her eyes…she realizes she’s death proof.

Desire is an electronic band formed in Montreal & currently based in Palm Springs. They make synth pop where film, fashion, & fantasy collide on the dancefloor. On stage, vocalist Megan Louise theatrically pivots between French & English while draped in latex from head to toe. From vixen to villain, she turns to predator with blood pumping thrill. Carrying the campy torch of Vaudeville into this century she is joined by composer Johnny Jewel (Chromatics, Glass Candy, Twin Peaks) on piano & drum machine.